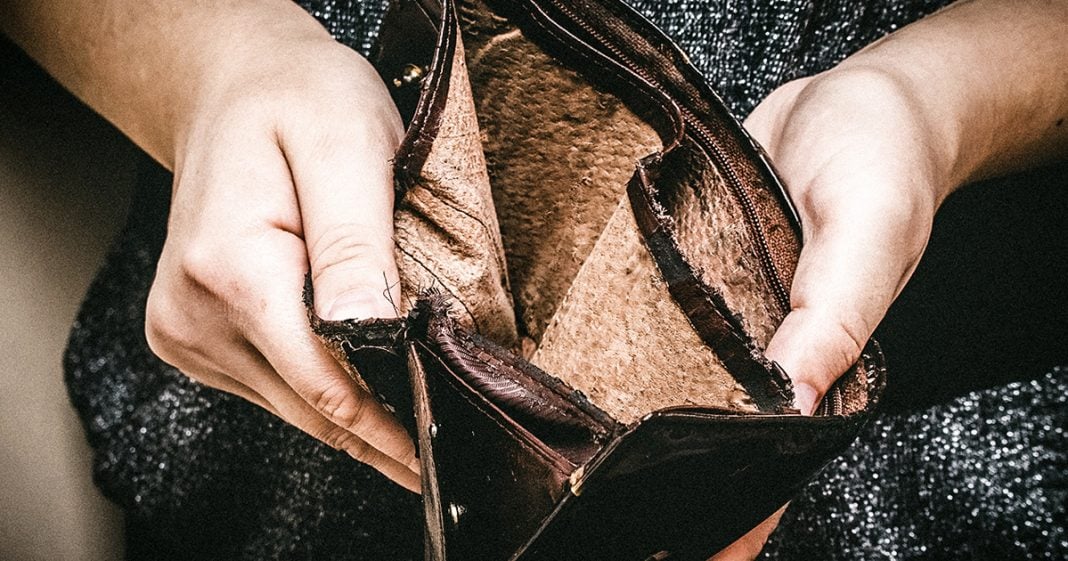 Thanks to Republican budget cuts and pressure from GOP operatives, the IRS has reduced their auditing of wealthy tax frauds and has refocused their efforts on auditing poor people. This has created a tax nightmare for the working class, while at the same time allowing some of the biggest tax cheats in this country to do as they please while starving the government of much-needed revenue. Ring of Fire’s Farron Cousins explains what’s happening.

You know, it is a great time to be a member of the top one percent here in the United States. I just one year ago, you got a massive tax break, a, you’ve got republicans currently. It’s about to change a couple of days here, but currently controlling every single branch of government, but the biggest gift you’ve been given over the last few years is the fact that the then Republican controlled Congress, which again that switched January third, I’m. They’ve been slowly, methodically since 2010 slashing the budget for the IRS to the point where the agency no longer has the money and the personnel to audit rich people. According to a massive new report from propublica and the Atlantic. The IRS has had to dramatically reduce the number of audits that they perform on people making more than half a million dollars a year. And instead they’re now focusing most of their efforts on auditing people who make less than $25,000 a year.

So even though the top one percent of income earners in the United States happen to also p, the biggest tax frauds and cheats out there, it’s the people living below the poverty line who are being audited more than the wealthy elite. So that means that these wealthy elite who are hiding hundreds upon hundreds of billions of dollars in offshore tax havens, they’re lying about depreciation’s on their tax filings. Some of them just aren’t even filing altogether and they get away Scot free. But God for bend, the working mother with three kids making $25,000 a year accidentally puts in a wrong number on her tax return. Now suddenly she has to go through the nightmare of being audited, go to the tax office multiple times to get this whole thing straightened out, face a stiff penalty because she accidentally wrote a number wrong. And maybe if things get bad enough, have to come up with the money to fire a excuse me.

Hire a tax attorney just to make this nightmare go away. But not the wealthy elite. According to this massive new report, um, we’re losing more than $10,000,000,000 every single year because the IRS is not auditing rich people and they said the number could be much higher than that, but billions upon billions of dollars just because we can’t audit them. And this is not because the IRS just said, oh, rich people have had it, you know, too rough for too long. Let’s get that poor people. It’s because as the report points out, and as I mentioned previously, since 2010 republicans who had controlled Congress routinely and methodically slashed the budget for the IRS and in order to conduct those big audits for massive corporations or the Uber wealthy, it takes specialized personnel. They no longer have the money to hire that specialized personnel. So they’ve had to lay people off. They’ve had to reduce the number of people who are even capable of doing that. And as a result, it’s fallen by double digits. The percentage of audits that used to be performed versus the ones that are performed now. So wealthy have it better than ever. And yet the poor, the working class, the people struggling the 80 percent living paycheck to paycheck. We’re the ones who get screwed by all of this. And it was 100% by design, by the Republican Party. They did this on purpose. They knew what would happen and they knew that we would be the ones to suffer. They just didn’t care.