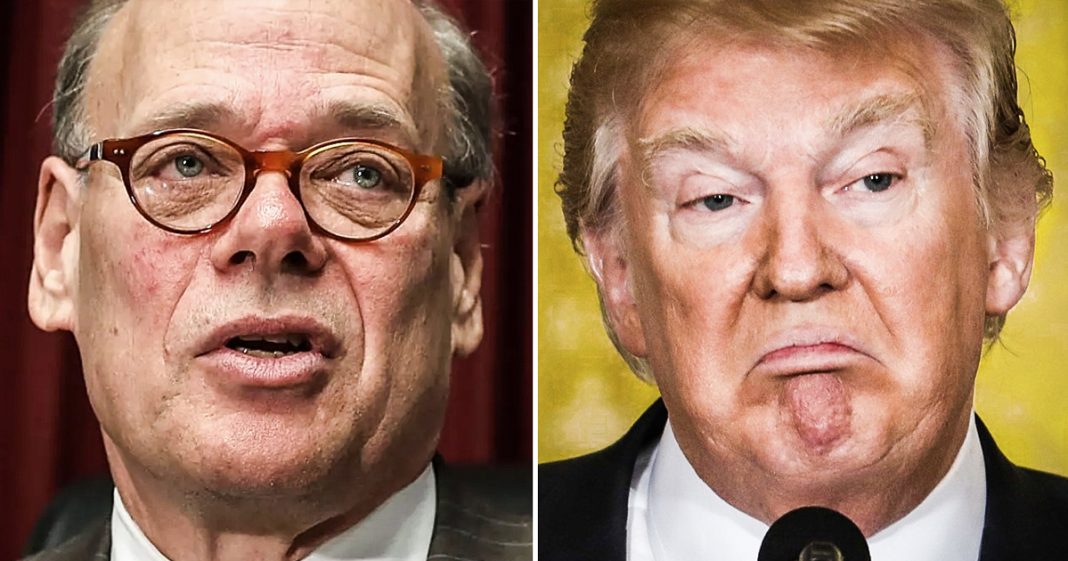 The Democrats who just regained the House of Representatives have come out swinging against Donald Trump and the Republicans with a series of bills that would greatly change the nature of Trump’s presidency and make it difficult for him to win reelection. One of the bills would eliminate the electoral college altogether, and another would prevent President’s from pardoning themselves. Ring of Fire’s Farron Cousins explains why these bills are necessary, and not just as a middle finger to Trump.

While the new democratic majority congress is in session, if you know not all the government is open, but Democrats are in session and hell yeah, they are raring to go and they are raring to take down. Donald Trump, democratic representative Steve Cohen, actually within the first day and a half of being on the job this year, has introduced a series of bills that would create these constitutional amendments that would severely hinder the rest of Donald Trump’s presidency and to be perfectly honest, improve the overall state of American democracy. Here’s what these bills would do. First and foremost, there is a constitutional amendment to abolish the Electoral College. To that, I say, hell yeah. Where was this 100 years ago? The electoral college is an outdated concept. It is something that takes away the will of the people and easily allows any particular candidate to go out there and only pay attention to a few select areas of the country while ignoring certain other areas and they can still win a presidential election.

And I know I’ve seen conservatives argued that if we get rid of the electoral college, nobody will ever visit Kansas. Nobody will visit Wisconsin or any of these, you know, Middle America states. Really, if we were to switch to only popular vote, it would actually give those people a louder voice than the two or three electoral college votes that some of those states have. It would finally make them matter. Electoral College needs to go 100 percent agree with Steven Cohen here. Another one of his bills would make it a not possible for the president to pardon his or herself, their family members or their staffers. Again, another piece of legislation that I can 100 percent get behind and not just for Donald Trump, just like the electoral college thing shouldn’t just be about Donald Trump. These are about actually restoring a little bit of checks and balances and limiting the power of the president and increasing the power of the American public. Something that we should have done on day one, but we didn’t as a country, so now we got to make up for it and we got to fix it.

I know Trump has tweeted multiple times that he can pardon himself. He is absolutely right to do it. We don’t know if that’s for sure yet. That’s something that most likely will be tested in the courts as we move forward with this administration, but they shouldn’t be able to. If a president, president can effectively pardon themselves than they become above the law, that means they are some kind of dictator here in the United States. If the law is no longer apply to them, that has to change and not just for Donald Trump, but to restore integrity and accountability to the office of the president of the United States itself. These pieces of legislation though, they have no chance of passing, are absolutely what this country needs.