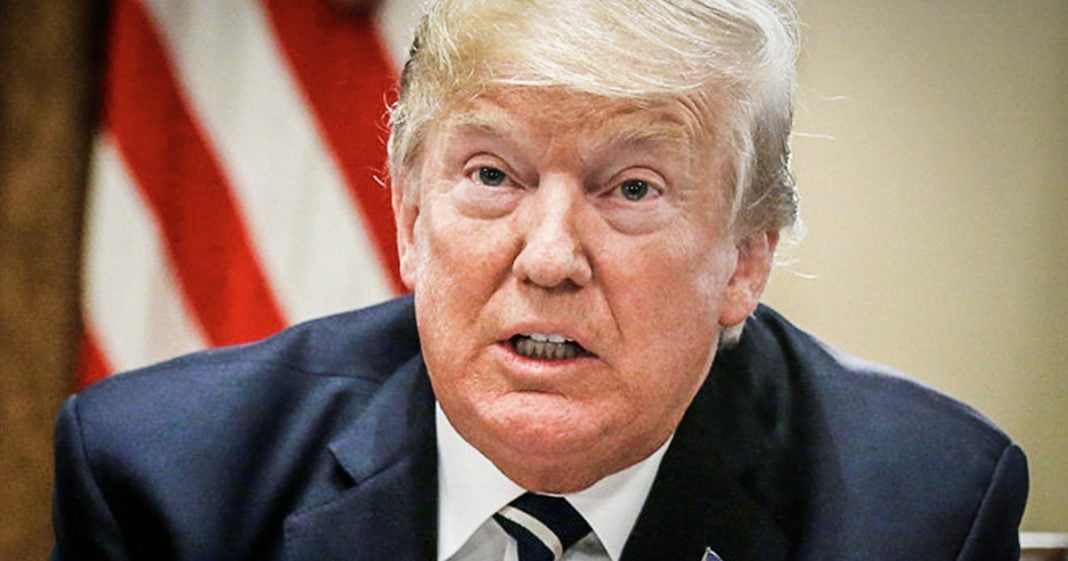 In an executive order issued towards the end of the year, the Trump administration handed parts of California’s forests over to the logging industry, finally fulfilling Ryan Zinke’s single wish as he leaves office. This move will actually increase the chances of deadly wildfires in the state of California, contrary to what the President has been saying for months. Ring of Fire’s Farron Cousins discusses this.

On the Friday before Christmas, Donald Trump signed a little noticed executive order that would actually hand over large portions of the state of California to the logging industry, the executive order, which was a a titled here, promoting active management of America’s forests, range lands, and other federal lands to improve conditions and reduce wildfire risk. A very short title, I guess would call upon the Department of the interior and the Department of Agriculture to sell off California’s forests to the logging industry because they believe, or at least they want us to think that they believe this is going to somehow reduce wildfires in the state of California. The truth is, it will do nothing to reduce wildfires in the state of California because here’s something that this administration doesn’t want to pay attention to, and that’s the fact that most of the wildfires in California, including the massively deadly ones that we just had this year.

Uh, those weren’t forests. Those weren’t hugely wooded areas that we’re spreading the fire. Those were basically bushlands where you have shrubs and you have small vegetation. They dried out because of climate change and the droughts and the conditions that go along with that caught on fire because of faulty equipment from PG&E and Edison Energy, and then they spread. They spread rapidly. Why? Because they’re burning through small growth sticks and twigs and grasses that can catch on fire and spread miles within minutes, not massive trees that take forever to dry out and burn and spread a fire, but not once in this 1800 word executive order signed by the president. Did he mentioned climate change? Did he mention anything at all that actually had to do with what caused the wildfires to begin with? He didn’t call out the industry’s. He didn’t say, we’ve got to address catastrophic climate change.

All he said was there’s too many damn trees would the interior department and the Department of Agriculture place start selling these off to the logging industry so they can go out there and make a profit because I swear to you, that’s the only way to prevent forest fires. It’s an absolute lie, but what it is, it’s kind of Ryan Zinke, ease parting gift. You know he’s leaving the administration, but he made it clear on day one that his goal was to sell off as many public lands as possible and he’s done a great job of that, selling a lot of it to the fracking industry, to coal monitors, to the oil industry, and now as the final parting gift that he’s going to get, he gets to hand over huge swaths of California to the logging industry because the president through this executive order is essentially telling him he has to. This is not going to prevent wildfires. In fact, that is going to make it worse according to the experts because once you take out those trees, once you clear out that area, what’s going to start popping up there? Either homes, which also can spread fire very quickly or small growth shrubs, grasses. You know the things that initially caused the deadly wildfires to begin with.