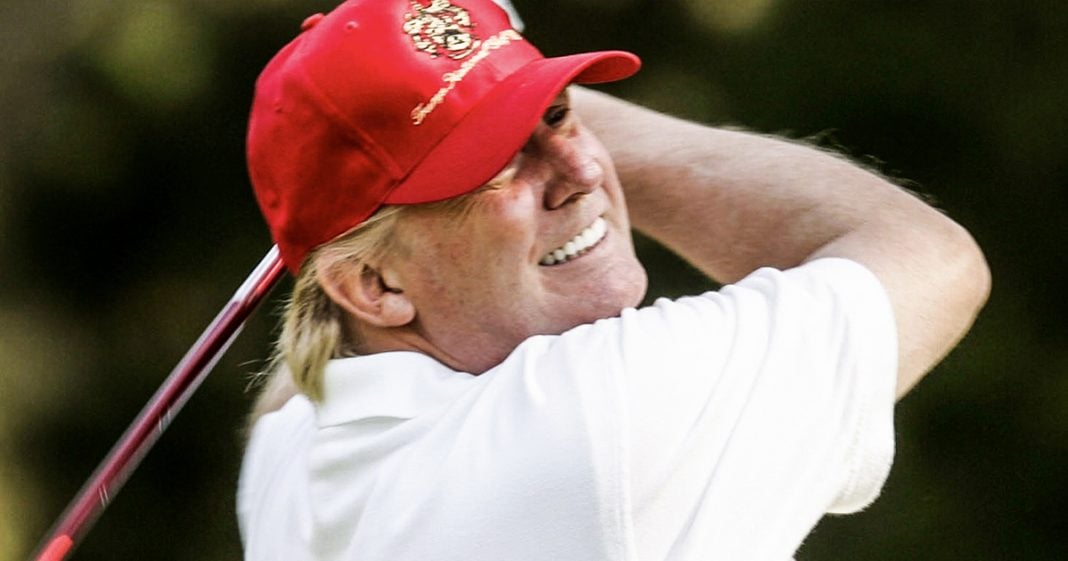 Donald Trump doesn’t actually care about illegal immigrants coming into the United States. In fact, his businesses depend on undocumented labor. Investigators and lawyers have reportedly obtained copies of fake green cards that the Trump Golf Resort in Bedminster have been handing out to undocumented immigrant workers in order to hire these people and an FBI investigation has now begun to find out what’s happening. Ring of Fire’s Farron Cousins discusses this.

Donald Trump has made his entire political career about his hatred of immigrants into the United States, illegal undocumented immigrants. I’m behind the scenes, however, you will not find anyone who loves undocumented immigrants more than Donald J.Trump. I mean, forget the fact that that’s where he seems to find his wives. It’s also where his golf resorts are finding their workers. Recently, it was reported by the Washington Post, the New York Times, the New York Daily News Salon, and countless other media outlets, and I bring that up to say how shocked I am that this is not a massive story in the United States, but there is apparently right now an FBI investigation going in are going on regarding Donald Trump’s New Jersey golf resort in Bedminster because lawyers have obtained copies and investigators and they’ve now turned these over, have obtained copies of fake green cards and fake social security numbers that were given to undocumented immigrants working at Trump’s golf resorts by the management of those golf resorts. So employees of the Trump organization were falsifying greencard data, creating fake social security numbers, giving them to undocumented immigrants according to the investigation. So that these people would be able to work and they could pay in pennies to, and here’s the thing, one of the undocumented immigrants, the the woman who actually reached out to a lawyer to expose all this, who risks deportation by coming forward. She said she did it because she’s sick and tired of Donald Trump’s hypocrisy. She’s sick and tired of the constant attacks on immigrants. When he and his organization actively go out there and recruit undocumented immigrants to work at his organizations,

and now we find out that they may have been committing felonies this whole time in order to get those undocumented immigrants in there. The employee who came forward also said that the abuse suffered by these undocumented immigrants at these Trump organizations is horrendous. She saw one of her coworkers slammed against a wall. A woman slammed against the wall by a man who threatened her saying, you can’t even do anything about it because you’re undocumented. We hold all the power. We’re the reason you’re still here, and we can be the reason why you leave this country. This to me seems like probably should be one of the biggest stories in the country right now, right? I mean, Trump shut down the government for more than two weeks saying we have to have a wall to keep out undocumented immigrants, and yet here there is hard paper evidence and documents showing that his own companies are falsifying federal data in order to hire undocumented immigrants. This is not surprising in the least. The thing that surprises me about this story is why every single person in this country isn’t talking about it. Right? This second.