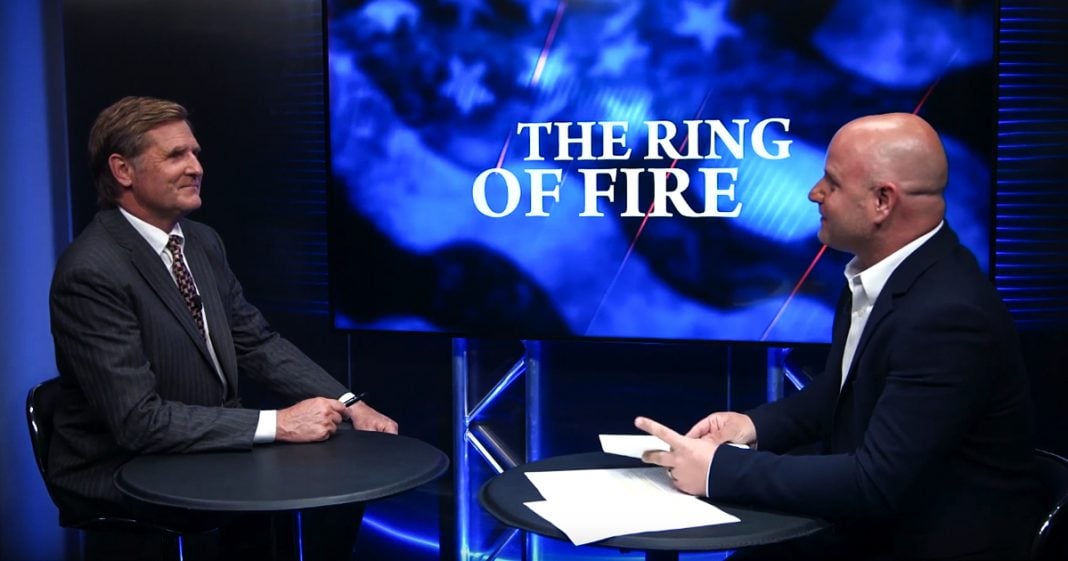 The new tax law the Republicans had been praising is actually rewarding companies for hiding their money overseas. Ring of Fire’s Mike Papantonio and Farron Cousins discusses this issue.

Mike Papantonio:             The new tax law the Republicans had been praising is actually rewarding companies for hiding their money overseas. I mean, I don’t have, that’s exactly what it is. We’re going to give you a break. We want you to take the money. All that money that you made because of the tax breaks that you were, you said you were going to share with employees. You said you were going to spread the wealth. Well, no, they didn’t spread the wealth.

What they want to do is hide it overseas now and I can’t make this up. They’re following this and here’s what they’re finding. They’re finding first of all, that the companies that are, that were arguing, give us a tax break and it’s going to trickle down. The first thing you’re doing is they’re buying back their own stock. Okay? That’s. That’s number one.

Number two is they’re giving their CEOs more money. They’re giving management more money. This is exactly the… And number three. Then they hide what they have left offshore, overseas. Then this is how it goes. They come back to the government and they say, they negotiate. Look, you know, was it $40 billion dollars as we speak, about $40 billion dollars we know is overseas.

Mike Papantonio:             Yeah, that’s all we know of this point, $40 billion. Okay, so $40 billion dollars overseas being hidden in Ireland or the Bahamas, somewhere. Somewhere out in and hide your money land. Okay. So in hide your money land, t,hey then say they say to the government, we’ll bring it back in if you get, if you let us bring it in by paying two percent taxes on it.

Farron Cousins:                  Right, and we’ve seen it too many times in recent years during Bush and Obama, they’ll do these tax holiday where you can bring it back right now. You’re not going to pay any money on it. Just bring it back to the United States. So one of the big selling points that they use to sell this tax break was we’ve got companies hiding so much money offshore, which is true, but if we lower taxes, they’re going to bring it all back.

So they have actually given more incentive for these companies like Abbvie, that was just exposed in this Reuters report. What they do is their headquarters is here in the United States.

Mike Papantonio:             They’re the ones, by the way, that make testosterone that’s killing men all over the country.

Farron Cousins:                  Right, so they’re based out of Chicago. They do all their work out of Chicago, but they actually claim their, their headquarter is down in the Bahamas. So that’s where all the profits go. All the money goes to the Bahamas, so none of it is technically US income, even though all the business is here, so now when they bring it back, instead of paying 22 percent, they’ll get to pay 9 percent. And because of the way the crazy business laws work, they can show we didn’t make a profit in the United States. We made a loss.

Mike Papantonio:             It actually shows as a loss and they get to take a tax break on top, on top of the only having to pay 9 percent. They get another tax break by by gaming it to where it looks like a loss.

Mike Papantonio:             So let, let me clear something up. Well, not clear it up, but let me add to that. The same people who wrote these kinds of tax laws. Remember the last time we’re gonna we’re gonna cut the taxes for people at the top and we’re going to cut it for corporations and they’re then going to spend all that money on employees and making their lives for the employees better. That’s why they said. Same people who said that, that’s what they said, and now we see everything is just the opposite of that. Not a bit of truth to it.