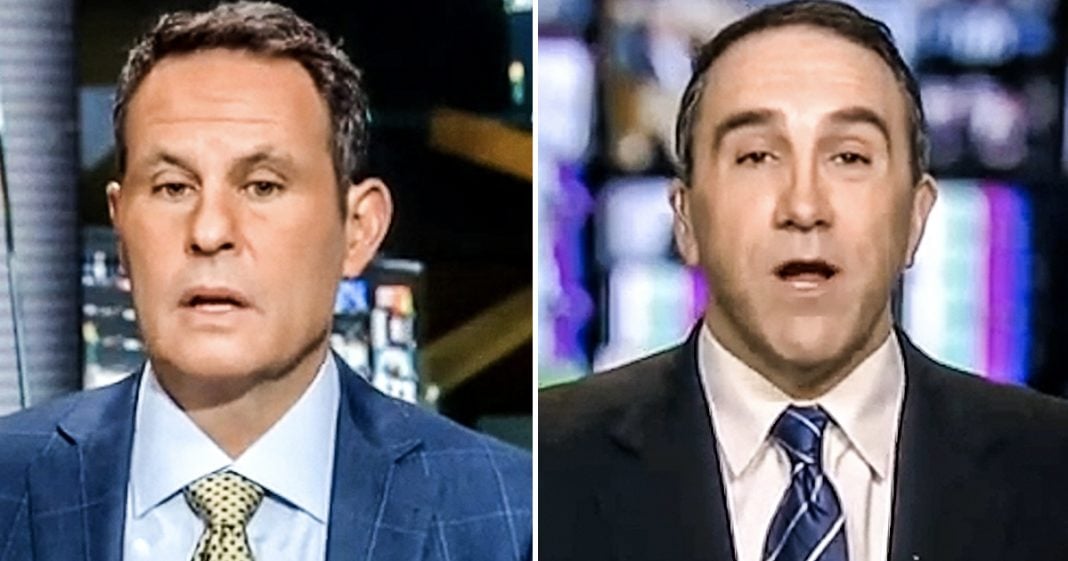 Noted climate change denier Marc Morano appeared on Fox & Friends this week to mislead Fox viewers into thinking that there’s nothing wrong with our planet. Not only is everything going to be ok, Morano says, but things will actually continue to improve as long as we keep burning fossil fuels, which HELP the environment, according to Morano. Ring of Fire’s Farron Cousins explains why Morano is such a fraud, and how his talking points are destroying our future.

Fox News right now is kind of freaking out because we have the world scientific consensus telling us that we really only have a few years left to do something about catastrophic climate change and our increasing emissions and we have politicians who actually want to take the issue of climate change seriously right now. Obviously that doesn’t jive with what Fox News wants its viewers to believe for some reason. So on Thursday they trotted out noted climate change denier. Marc Morano, uh, where he told their audience that burning fossil fuels was actually good for the environment. Take a look.

How do you feel about people like Senator Brasil proposing incentives for people to capture carbon as opposed to penalties and punishment? Well, there’s all kinds of proposals. All everyone’s for energy efficiency for a clean environment. Oddly, the more carbon based fuels you can introduce it in the developing world, Africa, South America, Asia, the cleaner the environment gets, you have less people burning dung and their huts have less people dumping sewage into the rivers because you get infrastructure. So carbon based fuels actually improve the environment. And beyond that, everyone wants efficiency, but you don’t ban energy that works in mandate energy that’s nowhere near ready for prime time. All this so called renewable and that’s what they’re going after here.

All right, so let’s get a few things out of the way before we even address the issues that Murrano, uh, brought up there. First and foremost, dudes, not a scientist, not even close. He has a bachelor’s degree in political science. He is funded through one of the think tanks where he sits on the board by fossil fuel companies, Chevron, Exxon, usual suspects there. Uh, I believe he’s also gotten some money from the cokes. Um, so this guy has no background in science, just came out and got funded by fossil fuel companies, became a noted Denier, worked for several years as a communications director for Jim Inhofe, the biggest climate change denier in the US Senate. And that’s where we are today. Started this little website climate depot that allegedly picks apart the science of climate change. But again, not a single scientist actually works there. It’s just a bunch of idiots who think they’re smarter than the people with PhDs who have been studying this for decades.

That’s what Marc Morano is. He is a moron. I’m now about his claims. That’s about as stupid as you can get. Burning Dung inside wicker hutts. Has this idiot ever traveled outside of the United States? I mean to see honestly think that that is what these third world countries are just a bunch of savages out. They’re burning their own shit inside a because they don’t know any better. I mean, we’ve seen Fox host sale, lot of offensive things recently, but this needs to be on that list as well because that is absolutely insane. Not to mention the fact that, oh, they burn fossil fuels and create better infrastructure. How are those two even related? If burning fossil fuels lead to better infrastructure, the people in the United States in Flint, Michigan wouldn’t be drinking lead laced water, but they are because those two issues aren’t related. Marc Morano has zero credibility. He has zero scientific insight into anything and the only place he can find a real captive audience are the people at Fox News who can look at it, someone as stupid as Marc Morano and think that he is a genius. Just because he’s smarter than the idiots on the couch at Fox and friends doesn’t mean he’s a smart guy. It just means when he’s in the room with them, he’s not the dumbest guy in the room.