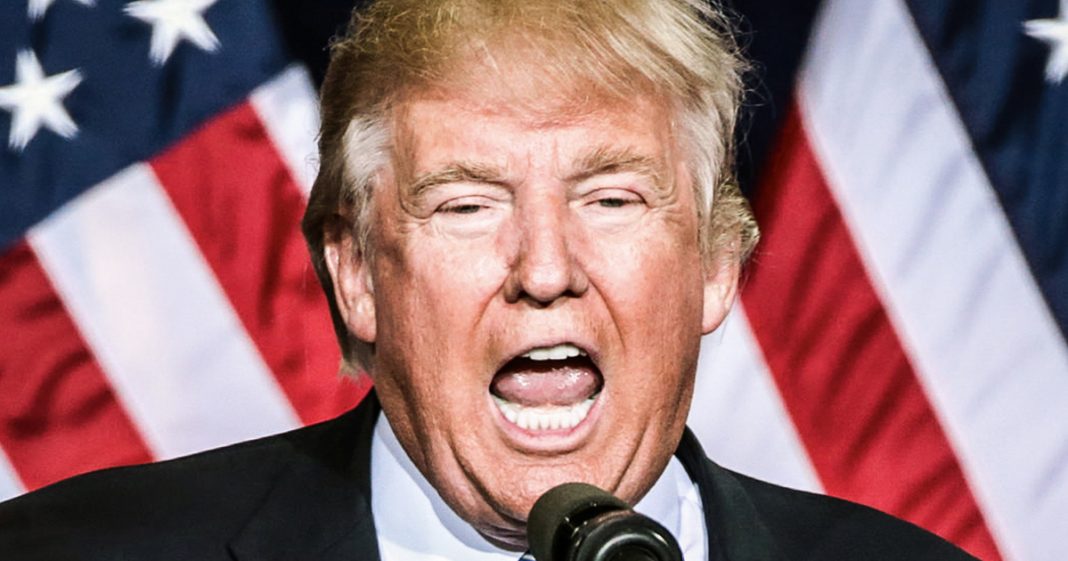 Republicans on the House Judiciary Committee have reached out to lawyers, trying to find someone willing to join their team in order to fight off a potential Trump impeachment. This MIGHT mean that they know Democrats will move for impeachment this year, but it DEFINITELY means that Republicans aren’t going to come on board for impeachment, at least not without some serious convincing. Ring of Fire’s Farron Cousins explains.

According to Axios report, or Mike Allen, Republicans on the House Judiciary Committee have actually posted a job opening within the judiciary committee for a lawyer, somebody with Supreme Litigation experience, because Republicans on the House Judiciary Committee are already taking a defensive position, preparing for a possible Donald Trump impeachment. Hearing. Republicans on the House Judiciary Committee want to hire a lawyer or possibly multiple lawyers to go ahead and fight off Donald Trump’s impeachment hearings that may or may not even happen at this point. So there’s several things to take away from this. First, it could just be that Republicans are acting preemptively. Maybe they had some foresight and thought, you know what, this is something we need to do just to cross the t’s and dot the i’s. It could be that these republicans know for a fact the Democrats are planning impeachment and they may have a pretty solid case. Could be either one of those. But here’s what it definitely tells us.

It tells us that impeachment is not going to happen. And I say that because I’m not thinking Republicans are going to get a great lawyer here by any means. Um, I’m saying that because they’re defensive position here, they’re preemptive defensive position shows that they’re not going to go along with the Democrats should they choose to impeach. And that’s, that’s kind of the end of it. If we can’t get some Republicans to jump ship, we can’t impeach. We can’t remove from office. And I know this is the house judiciary committee looking for lawyers, not the Senate, but if we can’t flip people in the house, how in the hell are we going to flip 15 people in the Senate? It’s not going to happen now. That doesn’t mean that it couldn’t happen. Let me, let me rephrase it like that. It’s obviously something that could, right? I mean, if enough evidence were to emerge and that evidence was damning enough and it showed very severe corundum a criminal conduct by Donald Trump.

Yeah, you could probably get Republicans to go ahead and go along with it. If not, we’re going to be looking at a situation like we looked at with Bill Clinton in the late nineties. House votes to impeach Senate doesn’t vote to convict because no Democrats were willing to jump ship and go with the Republicans to get him out of office at what happened after that. Clinton’s approval rating went through the roof, through the roof after he was impeached by the house. Could we be looking at a similar situation with Democrats in the House of Representatives? It’s possible, but I don’t think at this point there’s enough or really any republicans willing to cross that line and say, you know what? I think you’re right. I think impeachment is the way to go. And even after we get the evidence, after the Mueller report comes out, after we get more evidence from these New York investigations and now the FBI investigation into Trump hiring undocumented immigrants and handing them greencards fake green cards and fake social security numbers up in Bedminster.

There’s a lot of investigations that could yield impeachable offenses. In fact, based on what we know right now with the, uh, campaign finance violation, he’s already committed an impeachable offense and Republicans don’t seem to care. The next two years are going to be very trying. And I don’t know that regardless of what comes from these investigations, that there will ever be enough Republicans in Washington dc with the fortitude and the courage and the wherewithal and the actual desire to protect the institutions of the United States to jump ship and remove this man via impeachment as it stands right now, I don’t see that happening at all.