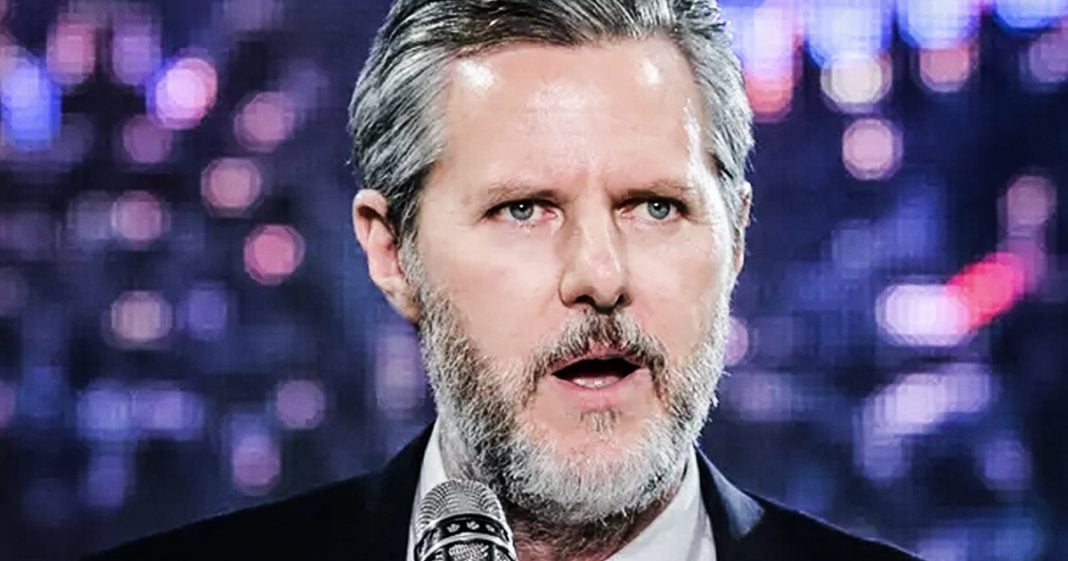 Religious Right leader Jerry Falwell, Jr. has been making headlines this week because of a recent interview he gave to The Washington Post. In that interview, Falwell chided poor people and completely went against everything that Jesus Christ ever taught in order to defend Donald Trump. The Religious Right has never actually had any credibility, but now they have become a complete parody of themselves, as Ring of Fire’s Farron Cousins explains.

On Tuesday, The Washington Post published an interview with Jerry Falwell Jr, the president of Liberty University, after his father passed away, one of the leaders of the modern day religious right where fall well in this interview continued to talk about the fact that the morals of the president do not matter that poor people are actually the bad guys here and Donald Trump, the man who poops and a golden toilet is somehow closer to Jesus than the poor people that we continue to screw over as a country. Now fall well has taken a lot of heat for this particular interview. People are pointing out the hypocrisy and how everything that he said literally goes against the exact teachings that are in the Bible, but here’s the thing, and I’ve seen some people talk about this, but not enough. Since day one, the religious right has been a fraud since day one. Honest to God, go back and read Frank Schaefer’s books.

Every book that this man is a written. Every article that Frank Schafer has put out there, they tell a story of a movement built on fraud, built on deception, and not even close to being anything that resembles religion. Frank Schafer has been telling us this for years. What Jerry Falwell Jr is out there saying right now is legitimately what the religious right actually believes, proving they’re neither religious nor right, but they still are able to herd people into those mega churches, tell them that Democrats are evil, that poor people are evil, and that this billionaire who has cheated on every wife he’s ever had, who continuously insults people who continuously antagonizes people who are hostile to this country and would wish harm upon us. That somehow this man is closer to Jesus Christ. Then the party that’s out there trying to protect the environment that according to the religious right God created for us and we’re pissing all over it.

They’re out there trying to feed the hungry and clothe the naked things that are expressly mentioned in the Bible that we, if we want to get into heaven, have to do. That’s actually what it tells us in the Bible. I guess Jerry Falwell hasn’t gotten around to reading that one particular book that he has based his entire life off of because here’s the thing, follow hasn’t based his life off anything in that Bible Falwell has based his life, just like his daddy did, just like Pat Robertson did, just like all of these other frauds are doing. They’re basing their life on how much money they can out of naive religious folk. That’s what they do. That’s their game plan. That’s their business model and it’s worked out pretty well for him. So far. These guys pull in millions upon millions of dollars and they’re not spending a dime of it to help anyone in need.