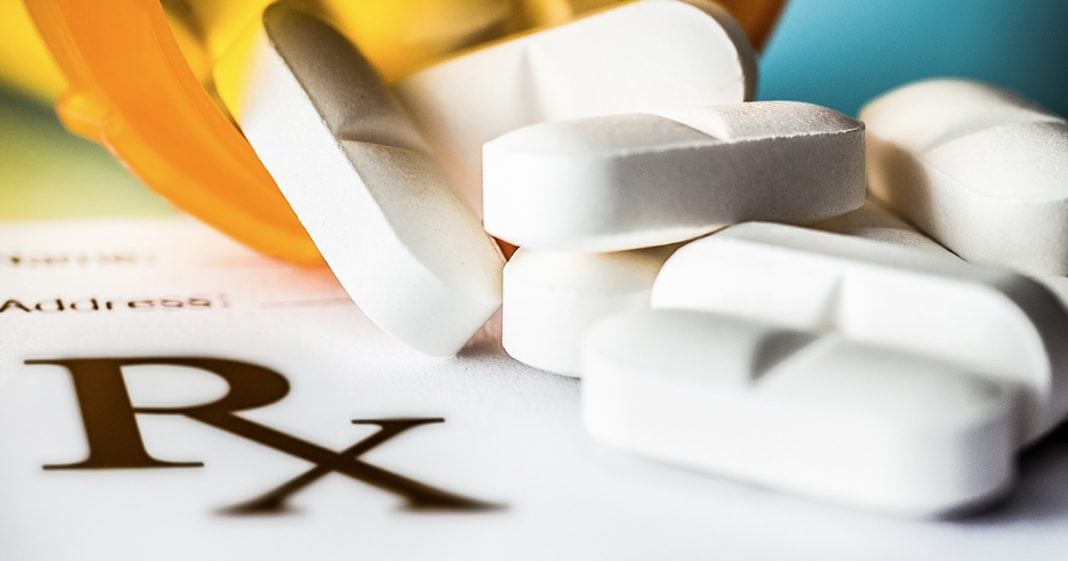 Major pharmaceutical companies are preparing to roll out a series of price hikes this year for life-saving medications, and they haven’t really explained why this is happening. United States citizens pay more for prescription drugs than any other country on the planet, and it doesn’t have to be this way. Ring of Fire’s Farron Cousins explains how corporate greed has taken the drug industry by the neck, and how these companies now value profit more than they do the lives of patients.

If you think prescription drug prices in the United States are bad today, just wait a month because 30 major pharmaceutical companies here in the United States have announced plans to raise the prices on hundreds of difference of medications. Uh, here in the United States, more than 30 drug makers are raising prices for consumers. Even though here in the United States we already pay more for our prescription drugs than any other country on this planet. Now, the way we know about this price increase, it’s not because they came out and held a press conference and said, listen up folks, we’re about to screw you over even more. It’s because the state of California actually requires drug makers to let the state know when drug prices are about to increase. And Reuters got their hands on those documents that these drug companies filed with the state of California and they were able to expose these massive price hikes that are expected in January of this year.

Now, some of these drug companies like Pfizer actually wanted to raise prices back in June and July of 2018. However, Donald Trump did get on twitter, said they should be ashamed of themselves. So they said, okay, we’re not going to raise prices right now. Instead, they just waited six months and now they’re going to raise prices on all of us. So maybe that helped for like six months, but now we’ve got 30 different companies. Pfizer, Merck, Glaxo, Allegan, uh, who, the Amgen, Astrazeneca, Biogen, they’re all raising prices. Bear is raising prices on their drugs for us, every one of the major ones. And these aren’t just, you know, piddly drugs that only a few people take. We’re talking about blood pressure medications, you know, medicines that people have to take in order to stay alive. I’m Epi pens, things like that that you have to have in case of an emergency hoping you never have to use it, but having to fork over close to a thousand dollars in the event that you do medications across the border about to skyrocket in price for American consumers.

And here’s the kicker on all of this. None of these drug companies have given us a reason why we have to pay more why they’re raising these prices. They didn’t say that part because we know that the cost of the raw goods isn’t going up. We know that on some drugs here in the United States, we’re paying 20% to 30% to sometimes 200,000% increases. There’s no conceivable reason why these prices should be raised for American consumers other than the fact that drug companies are 100% motivated by greed. It’s not about curing people. It’s not about fixing people. It’s not about helping people. It’s about how much money we can squeeze out of the American consumer into our own pockets and if people can’t afford their medication than oh well, best of luck out there. Without it. They’ll find a way to scrape it together. Maybe they’ll stop buying food for a month.

Maybe they’ll, you know, let their rent lapse a month or two just to buy those drugs and hey, even if this person can’t buy it enough, people will be able to afford it to where we’ll still make more money. Even with fewer people buying it, that is the business model of American pharmaceutical companies, quick profits, dead patients, and that’s what it’s been for at least the last 20 years here in the United States. When something clicked with these executives and they decided, you know what? Helping people, that’s cool, but you know what’s even cooler? Sitting on billions upon billions of dollars off destruction and price gouging here in the United States, and that seems to be the path that these drug companies decided to go.