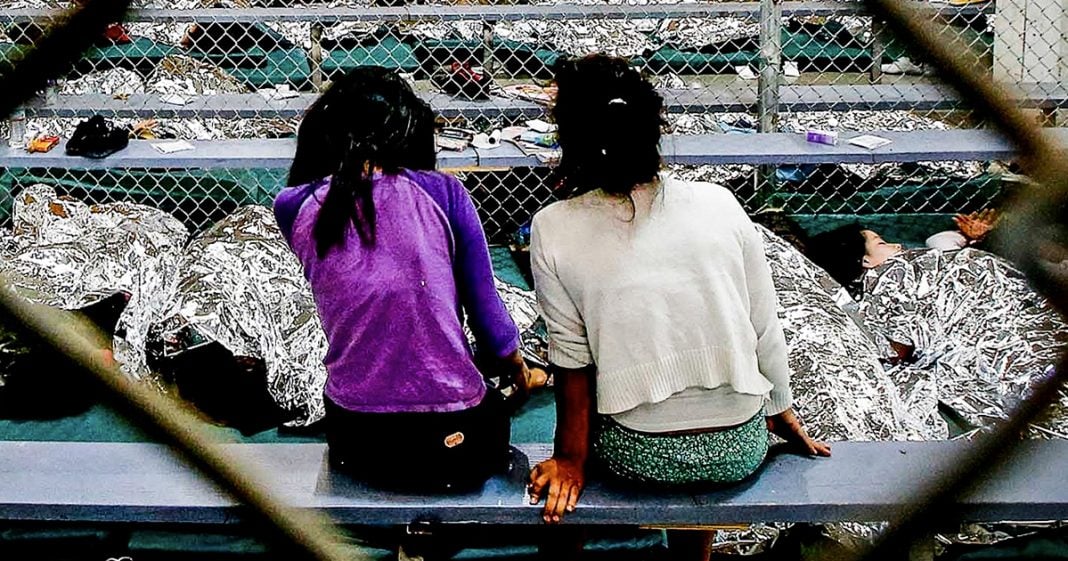 New video has been obtained showing just how disgusting and degrading the conditions are in the administration’s migrant detention camps. The video appears to show children being dragged by their hair and kicked by staffers at a detention facility in Arizona. This has to be the first issue that Democrats investigate when they retake the House this week, as Ring of Fire’s Farron Cousins explains.

New surveillance footage that has been obtained by the Arizona Republic reportedly shows children at an Arizona migrant detention facility being dragged by their hair being kicked, being hit, and being otherwise abused by the staffers at this detention facility. Now, originally, the Maricopa sheriff’s office who oversees this facility, it’s in their jurisdiction. They had said that they saw no evidence whatsoever in any of the surveillance to suggest that anybody’s being abused and therefore it should not warrant investigation. However, after the the Arizona republic obtained the surveillance videos, the Maricopa sheriff’s office decided to go back and look at it again, and they said, oh my God, you’re right. There is some abuse. We’re going to go ahead and launch an investigation. Thanks for making us aware of this. Now there’s several things to take in from this and we will get to the most important last, but the first is that here we have an instant where the press, Arizona Republic, got ahold of their surveillance videos to confirm our worst fears.

It is because of the pressure from the press that the Maricopa sheriff’s office is now being forced to launch an investigation. They did not want to do that, but now that this is becoming public knowledge, they have no choice but to look into it, and the third and obviously the biggest and most disgusting thing is the treatment of these children and other migrants in these detention facilities and this has to be day one stuff for the Democrats taking over the House of Representatives you guys take over tomorrow. I want to see subpoenas by the end of the day or at the very least at the end of the week, two days, two days, shouldn’t take you that long to come up with subpoenas, get Kirstjen Nielsen. Get the Maricopa sheriff’s office in there. Get executives from southwest key, the company that’s running this detention facility. Subpoena the workers in there who you see on the videos, beating the shit out of kids.

Bring them all in front of Capitol Hill and make them all testify and make them face consequences. Kids are dying. Kids are being beaten for doing nothing more than seeking asylum here in the United States and in the event they did cross the border illegally. As we’ve said 100 times, and we’ll probably have to say a million times more, that’s just a misdemeanor since when do we beat the hell out of a child for committing a misdemeanor? Shouldn’t ever beat the hell out of a child, but if it was a kid that was running around trying to stab people, I could understand if you might have had to use some force to restrain them. This is a misdemeanor because they wanted a better life. Their parents wanted a better life. They’re being dragged around on the floor by their hair here in the United States on United States soil by US government contractors.

It doesn’t get any uglier than that folks, at least not in this day and age, but here we have it. This is institutionalized racism against non-white people being carried out by these organizations and it’s not just this one detention facility. There have been reports of rape abuse and of course even the deaths of children and other detainees in these facilities. So again, this is day one stuff for Democrats. This to me right now, given the severity and the urgency of it, this should be the number one priority of the new Congress because this is something you could fix relatively quickly. Climate change is number two on the list, if not one and a half, but this is something we can correct within the next month and that is why this has to be the first thing Democrats do when they retake that house tomorrow.