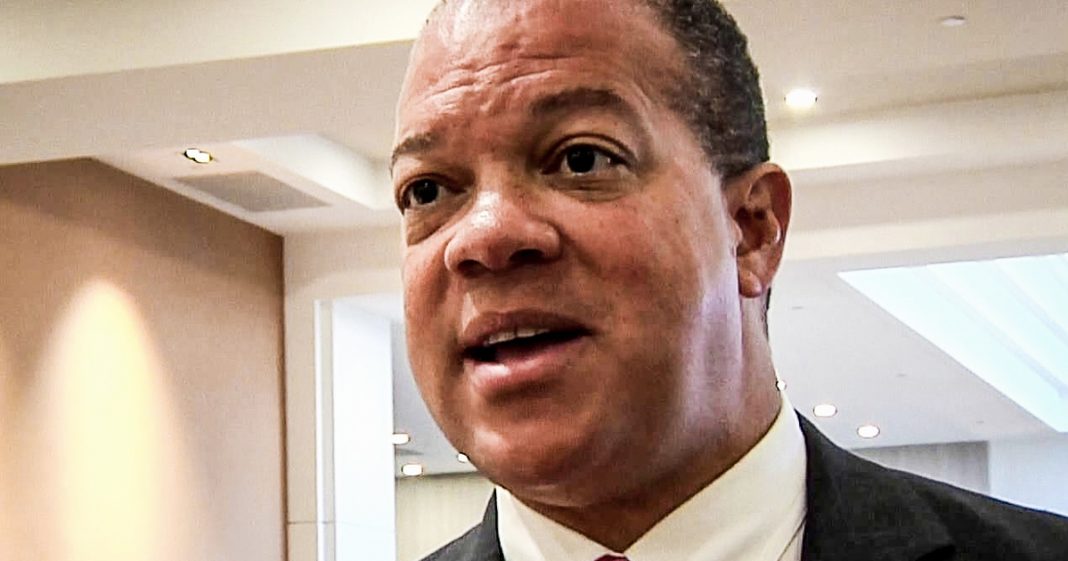 Representative Mike Hill of the Florida legislature wants to begin the New Year by making it illegal for cities and towns in his state to remove confederate monuments. Hill, an African American, believes that these monuments are vital to our history, but his claims completely miss the point, as Ring of Fire’s Farron Cousins explains.

A Florida state Republican representative, not ironically, the one from, uh, my area right here has introduced legislation to kick off the 2019 legislative year that would make it illegal for anyone in this state, even if it’s a city town lawyer, police officer, whoever, to remove any confederate monuments within the state of Florida would make it illegal. Now, the legislation here, this is the soldiers and heroes. Monuments and memorials protection act was a filed by Mike Lee from right here in Pensacola. Mike Lee Actually happens to be an African American and he says this is not just about confederate monuments, you know, this is about NASA monuments. You know, we’ve got Cape Canaveral down there in south Florida. Yeah, okay. Protect a rocket ship memorial and memorials for, for wars and things like that. And also everything from the civil war because this protects any monument for any soldier.

Hero, national person after 1822. Now you could’ve just said after 1880, after 1870. Hell, NASA didn’t exist at that point. So you’re not screwing over the astronauts. We didn’t necessarily have organized police forces and firefighters and you know, didn’t really have any big world wars at that time. He’ll Vietnam war memorials. You still could have included all of them. You could have just excluded the civil war folks fighting down here in the south and we all know exactly what they were fighting for. But Mike Lee, who I have actually had the debate, uh, an a Jamaican radio show about a year ago. That was, that was fun. This guy is a lightweight. He is a complete pushover and they wanted him, the Republicans in the state of Florida to be the face of this legislation, to head off any kind of talking point that this was about preserving racism.

So what better way to do that than to get the African American legislator to be the one, to propose it, to be the one to file it. He is being used and I don’t even know that this man is smart enough. Again, I’ve debated him and he is weak as hell. I don’t even know that he’s smart enough to understand that he’s being used. But here’s the thing. He says, obviously this is about preserving history, you know, taking these down won’t get rid of what happened in the south and that’s absolutely true, but here’s the thing, you want to preserve history. You want people to still be able to learn about it. How about you pass legislation to protect our history books and to stop letting these massive republican controlled textbook companies literally rewrite history because the ones they’re rewriting in the state of Texas are ones that are used in nearly every state in this country, including the state of Florida and they’re trying to whitewash slavery.

There are trying to make things that did happen or not happen by rewriting the actual history books. How about you preserve history? That way you’re worried about these monuments. All they were great works of art and we don’t want to throw them out. Fantastic. Put them in a museum to where people have to voluntarily make the decision to go and see them if they want to. Then you’re preserving it. You’re preserving the history and you’re giving people a choice, but you stick it in a town square and in case you can’t see where I’m pointing, there is a confederate monument directly to the, uh, uh, in the park square right across street from our office. That’s why I’m pointing over here, by the way. Um, but yeah, we have one right out our window. Can’t exactly look away from that. We’re forced to see it anytime we want to walk to lunch.

Every time we drive to work, we don’t have a choice, but to see these confederate civil war participation trophies, which is exactly what they are. And Mike Lee thinks that that’s totally okay. His legislation is not about protecting memorials to Vietnam soldiers. It’s not about protecting memorials to world war one or World War II soldiers or people from NASA or firefighters or police officers. It’s about protecting those racist participation trophies that Republicans refuse to give up. Even though, as I just pointed out, there’s plenty of other ways to not destroy those. Just put them somewhere and provide the correct context. Republicans refused to do that, and I wonder why that could be.