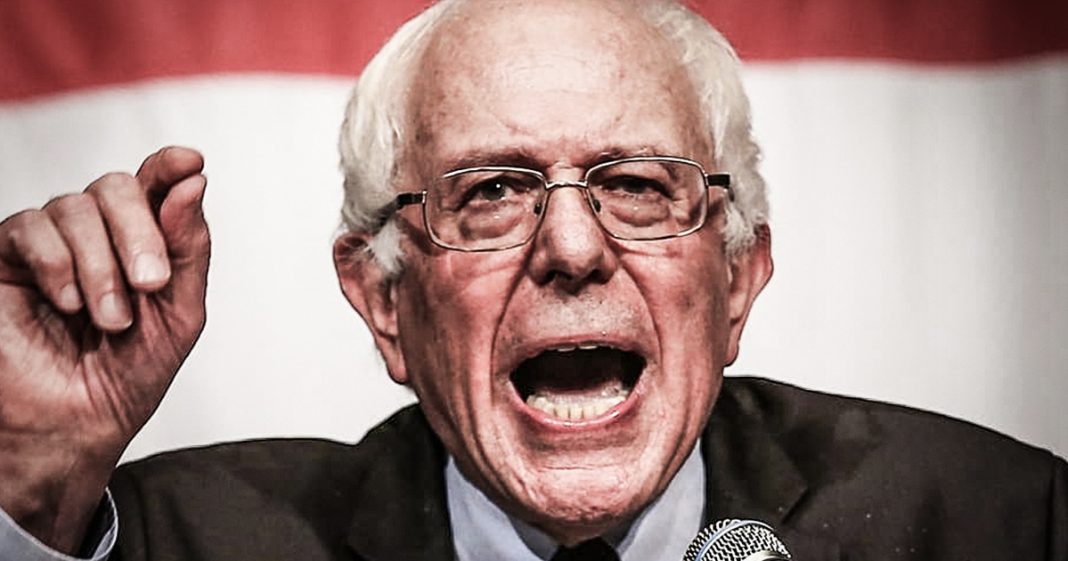 The New Year is upon us, and so too are many of the themes that emerged during the 2016 presidential primaries and election. Those old tropes need to be put to rest, as they are neither factual or helpful for the Democratic Party as it attempts to move forward. Ring of Fire’s Farron Cousins explains the importance of moving on from the 2016 election while also making sure that the lessons of that election were learned.

Well, ladies and gentlemen, here we are first day of the New Year, 2019 and I would love to begin on a positive note, send you out there with a positive message, but I’m not going to do that. I couldn’t, but I’m not. Instead, I am going to issue a warning to everyone for the year 2019 and beyond, and that is, can we please not repeat the same mistakes that we made in 2016? I know that was three years ago, but the mistakes that were made in 2016 for some reason still keep playing themselves out all the way up to today. This is the warning. If we do not learn from those mistakes of 2016 and Beyond and now move on from them, we’re doomed and here’s what I mean by that. Within the next couple of weeks, we will officially start getting people declaring that they’re officially finally running for president right now.

The only way that human being is going to win is if they embrace policy. The only thing we can do is to push them to the policies that we know they will need in order to win policies like Medicare for all debt, free college, a green, new deal. Those are winning issues that a majority of people on either side of the aisle actually support. Expanding. Social Security is another one. Republicans and Democrats, the voters actually support that. Any Democratic candidate that does not support those ideas is a lost cause, but we cannot have this cult of personality that defined the 2016 election. We cannot corporate centrist. Third Way Democrats to spread lies about any of the candidates right now. They’re telling us, Bernie Sanders has a problem with African Americans in any non white, non male voter. The Poles, the statistics, the demographics show that that is a lie. He is actually doing best among those folks. He is the only politician in the United States with a net positive approval rating from everyone.

[03:29] That bodes well for Bernie, but don’t tell that to the centrist. The third ways because they’re out there telling you the exact opposite and I don’t care if you support Bernie or you don’t like Bernie. It’s your choice, but can we have it be about policy and not about some lie being pushed by establishment or by centrists. Same thing with Beto O’Rourke. Maybe you think he’s a cool guy, maybe you liked the way you skateboarded off that stage or through the water burger parking lot or wherever the hell it was, fine, but do not vote for somebody based on that vote for them based on their record and if you still look at his record and say, you know what, I prefer this. That’s your prerogative to. I disagree with you, but that’s on you. You make your choice. This can’t be about personalities. It has to be about policy and that is one of the biggest reasons I say we need to have a big primary field.

You know, as of right now with the people who’ve said, I’m thinking about running, I myself personally would lean towards sanders as more people enter this race. That could easily change because guess what? I don’t agree with Bernie Sanders on 100% of things. There are things in his voting record that give me very real cause for concern. Specifically, his vote was about the immunity for the gun industry. I do not like his rationale for allowing them to have the immunity. I don’t buy it that troubles me. Everything else, pretty much right on cue and so far that’s more than I can say for any of the other candidates, but in order to focus on policy, in order to avoid those 2016 mistakes, here is what you have to do. You have to turn off the corporate media.

It’s that simple. I’m sure there’s some podcasts out there. There’s some youtube series of establishment types out there spreading false hoods or narratives about likability and personality, things that actually really don’t matter all that much to news a. tune those out as well. Focus on the policy. Do some research yourself. Find out who best fits your needs, your wants, your future for America, and vote for them in the primaries. That is the best thing we can do, but if we’re going to get bogged down into all of this misinformation from the establishment, from the centrist, that is where it comes from. It’s coming right now. Then we’re going to repeat those same mistakes and we’re going to be looking at another four years of Donald Trump.