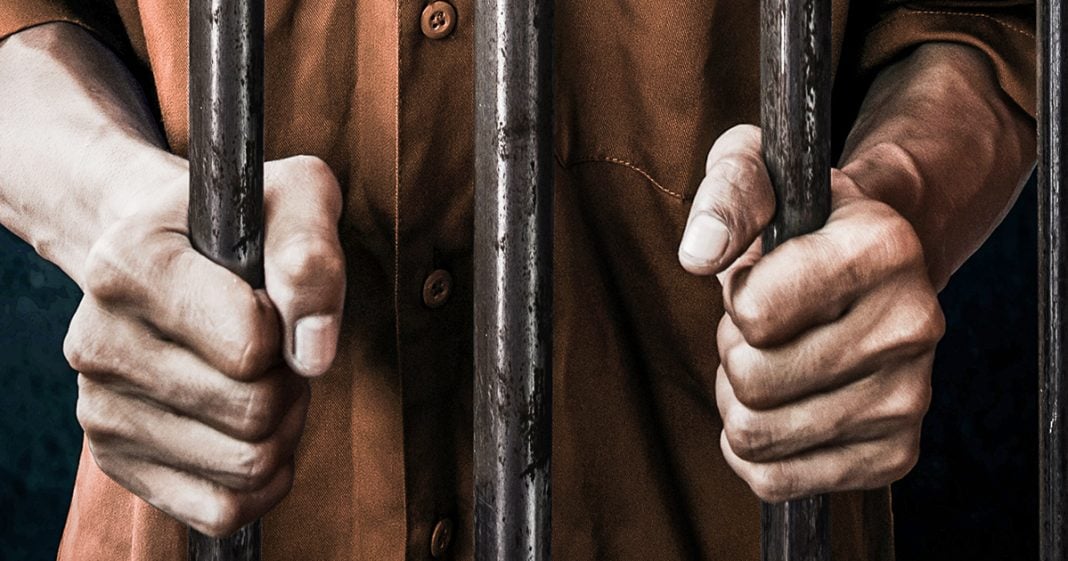 The for-profit prison industry has pulled in more than $800 million dollars worth of contracts from the federal government in their war on immigrants, and as long as the money continues to flow, there will be no relief for those entering the United States. In addition to the inhumane policies of the administration, the migrants housed in these centers are being forced to work for pennies a day taking care of the facility for corporations. Ring of Fire’s Farron Cousins discusses this.

The private prison industry made $800,000,000 just off of Donald Trump’s migrant detention facilities in the year 2018. According to a recent investigation by the daily beast, uh, there’s roughly 638 different sites were for profit. Prisons are operating these migrant detention facilities. And through the contracts they’ve gotten from the federal government, they have pulled in more than $800,000,000. So at this point we’re talking close to $1,000,000,000 just for one year of Donald Trump’s war on immigrants. And after all, let’s not forget the war on immigrants wasn’t necessarily beginning in January of 2018. We didn’t start the family separation policy and the locking of the kids in cages until roughly may of 2018. So they made that $800,000,000 basically just for housing people for seven months. And you would think it wouldn’t get any worse than that. Right? You know, these people are making a profit off of children dying in their custody, making a profit off of locking human beings in cages.

But somehow it does still manage to get worse because apparently they’re using these migrants who are being held in these facilities for months at a time. Some of them, they’re using them as cheap sources of labor. So rather than spending that $800,000,000 that you got from the government on hiring people to do things like laundry, janitorial, work, preparing food and meals for your inmates, they’re making the actual migrants do those jobs, paying them anywhere between $1 and $3 per day. So not only do they not have to actually hire a staffer, had a regular salary, a regular hourly rate to do these things that have to be done. They’re just using the migrants. The people who came here seeking asylum, the people who came here legally seeking asylum are working for one to $3 per day in these $800, million dollar prison camps. Just because the private for profit prison industry wants to make more money.

Now, this is actually something that we had discussed way back in May when these detention facilities were first popping up and making the news. And that is the fact that many of these contracts for the construction and staffing of these detention facilities, these contracts extend through the year 2022. So if you’re thinking that this process is going to end, you know, maybe when Democrats take back the house, maybe when Democrats take back the White House, it’s not. These contracts are for the next four years. Some of them even longer than that. This is becoming a permanent policy here in the United States and it is going to take an act from the next president of the United States in order to put it to an end. And if that person is anything other than a true progressive populist, a person who actually cares about other people than do not expect any of this to come to an end. Because that private prison industry that’s making close to a billion dollars a year just on the migrants in their detention facilities. They’re going to make sure that they give enough money to both parties in the upcoming election cycles to make sure that whoever wins that next presidential election, they’re going to continue this policy. So these for profit prisons can keep raking in the cash.