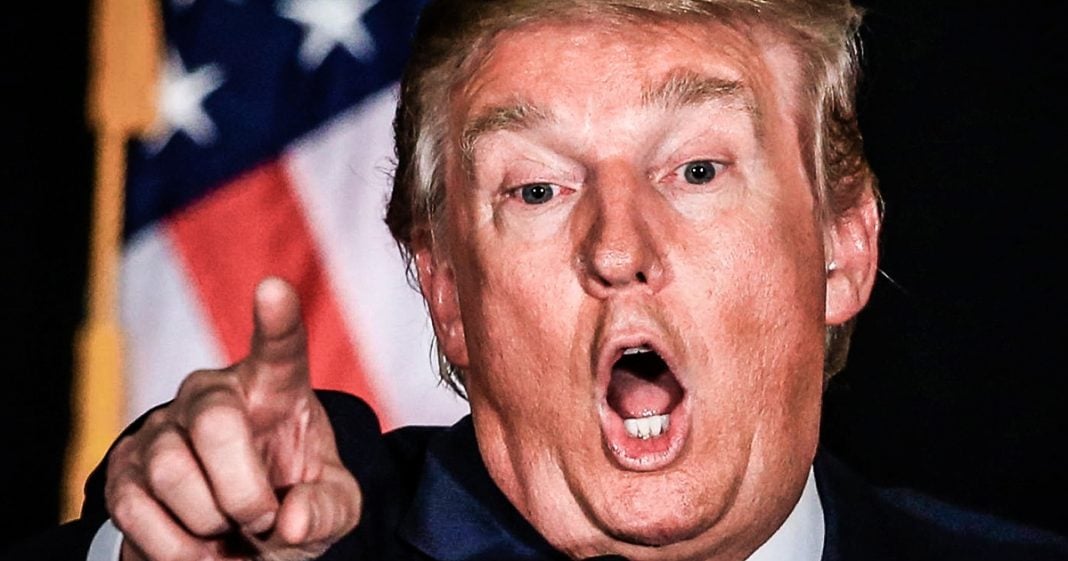 The Democratic Party is preparing an onslaught of investigations into Trump and his dealings when they retake the House of Representatives, and CNN has found job postings showing that Democrats are indeed looking for lawyers to help them out. While we’re all anxious to remove Trump from power, this is not the best use of the new Democratic majority in the House. We have to be smart or we can kiss 2020 goodbye, as Ring of Fire’s Farron Cousins explains.

According to a recent report on CNN, Democrats who are about to take over the house judiciary committee and we’ll have subpoena power, they’re going to be launching a lot of investigations into Donald Trump. And the reason CNN comes to this conclusion is because they’ve actually discovered a lot of job postings in dc for things like criminal lawyers, immigration lawyers, constitutional lawyers, intellectual property lawyers, commercial and administrative lawyers including antitrust and bankruptcy. Uh, and oversight lawyers, uh, for executive branch, Investigative Council, Executive Branch, Investigative Council, which means they want to hire a bunch of lawyers because they’re planning on launching a lot of investigations into the executive branch. Here’s the problem I have with this and this is a problem that I’ve mentioned many times, so I’m going to keep mentioning it because I feel like some of these investigations would be a complete waste of time. The, the biggest investigation that actually needs to happen and it needs to happen on January third when they take over.

Subpoenas need to be issued. Day One is to find out why the hell children keep dying at the border. Get Kirstjen Nielsen, in their maker. Testify under oath and make her say every single thing that she knows, force her out of office and make her pay for what has happened to these children. Lock her up. I don’t care. Send her to prison for the rest of her life charger with manslaughter or homicide, whatever it is. That’s what needs to happen. Totally cool with that investigation. That has to happen. Not just needs to. It has to, but some of these other things, right? I. I know we as as liberals, Progressives, Democrats, whatever we are, we want to see Trump gone right there. There’s no argument there. I think among any of us. The problem is these people taking over the House of Representatives were elected for a reason and that reason wasn’t necessarily to launch.

Investigation after investigation into Donald Trump. It’s because people wanted solutions to the problems they face in their daily life. Now their daily life doesn’t necessarily include problems of Donald Trump’s tax evasion. It’s important, but it doesn’t affect them. What does affect them is not being able to afford health insurance, not being able to for prescription medication, not being able to afford college. Not being able to afford pre k, those are the things we need to address and we have to do it legislatively. We cannot devote 100 percent of our time to investigating this guy trying to come up with something to impeach him on the evidence is there. We can find it and when we have time we can investigate it, but if the Democrats spend all their time investigating and not legislating, pushing these proposals that they campaigned on in the 2018 midterms, then they can go ahead and kiss 20 slash 20 goodbye because yeah, majority of the public hates Donald Trump too. We all want to see him gone, but we would rather destroy him with good policy, good ideas, and helping the less fortunate than wasting the next two years launching investigations that may or may not bear fruit. We’ve got plenty of those going on right now that Congress doesn’t even have to worry about. Protect Mueller. Sure. Investigate, Kirstjen Nielsen. Hell yeah. That has to happen.

And after that, work on the green, new deal. Work on medicare for all. Give the people something to be inspired by. We all want Trump gone, but more importantly, we want good policy coming out of Washington dc so that two years from now, we’re not sitting around without health insurance, dying of an easily preventable illness saying, well, at least they got to impeach Donald Trump. We would all much rather be healthy, happy, insured, and then vote the idiot out of office and make him face rejection by the American public because that would be an even bigger blow to his ego than impeachment would.