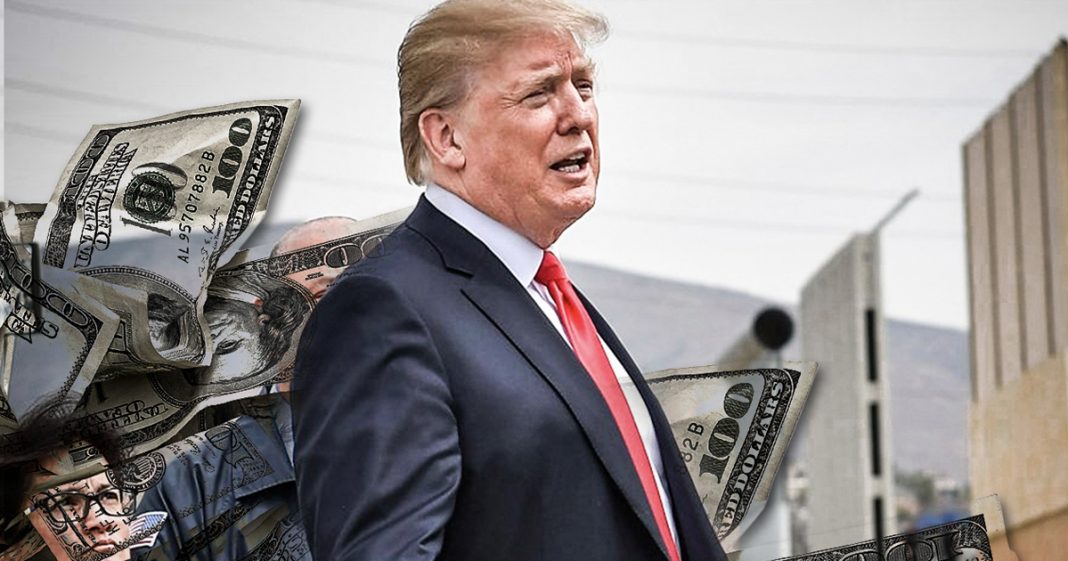 According to new polling data, only 19% of people in this country believe that the border wall is worth the $5.7 billion that Trump is demanding for it, while the rest of the public would like to see that money spent on, quite literally, ANYTHING ELSE. From universal pre-k, to expanding health insurance, to paying down student loan debts, Americans want their tax dollars put to good use, and they agree that the wall isn’t it. Ring of Fire’s Farron Cousins discusses this.

So right now the federal government is currently shut down because Donald Trump wants five point $7 billion dollars to start the construction of his border wall. Although he did tell us a few days ago, don’t call it a wall, it’s actually a series of steel slats. And then we found out it wasn’t actually steal slots, it’s actually still spikes. Um, and then he went back to calling it a wall. So we don’t even know exactly what, what he wants to build down there at the border. But we know he wants five point $7,000,000,000 to build it. And he shut down the federal government because he’s not getting his money. Well, anyway, bad news for the president because according to the latest polling data, a data, only 19 percent of people in this country think that this five point $7,000,000,000 wall steel slat contraption is a good use of money.

Only night 10%. The remaining 80%+ would like to see that five point $7,000,000,000 spent on quite literally anything else. But there are some specifics that people would like to see the money spent on. Uh, the big one is healthcare more than 30%. Actually 36% of people in this country would love to see that five point $7 billion spent on prescription drugs for the needy, expanding health insurance to people expanding Medicaid, medicare, getting more people insurance coverage through private insurance. However you slice it. 36% say, oh, instead of building a wall, why don’t we build up people? Thirty percent say, you know what? We’ve got roads and bridges that have been crumbling in this country for 20 years. Maybe spend it on infrastructure. I mean, five point 7 billion isn’t going to go a super long way for infrastructure, but it’s got to repair a lot of things that could turn deadly if they’re not addressed soon.

Other percentages say, how about we do Universal Pre-K? Because that would 100% pay for all of that. Why don’t we invest in green jobs? Why don’t we invest in renewable energy? Why don’t we invest in literally anything other than a steel slatted wall with metal spikes designed to impale anyone who tries to climb them. And that’s where the public is at today. And to be honest, that’s uplifting. That is a positive story. 80% of the public would rather use Trump’s wall money to take care of American citizens than to lock people out of the United States. That is actually a pretty positive note to end the year 2018 on.