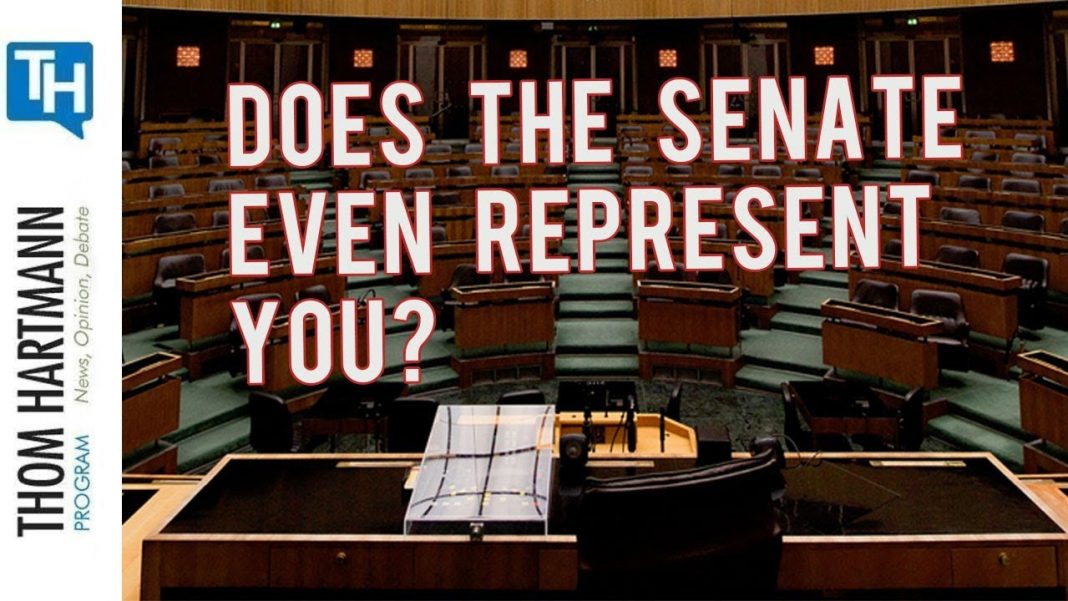 Should the Senate represent the people of the United States?

As it stands now, roughly sixty percent of Americans are represented by only forty percent of Senators, what is causing this drop is representation, who is being left out of our democratic process and how can we correct this?

Larry Cohen of The Democracy Initiative joins the Thom Hartmann Program to discuss a radical idea, to get the senate to represent the American people.