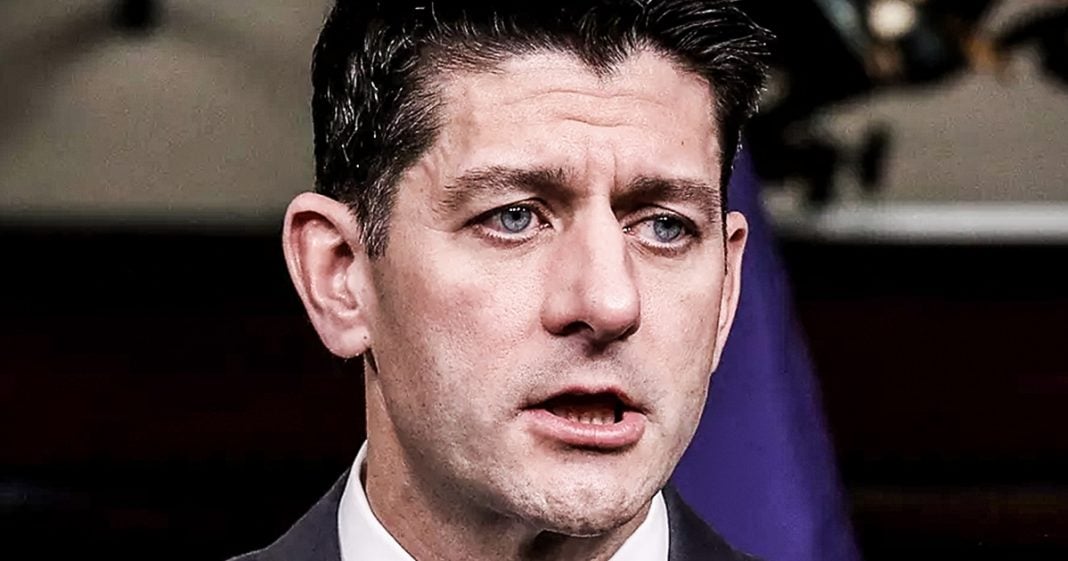 Paul Ryan’s tenure in the US House of Representatives has come to an end, and while he’s recently been talking fondly about how much he’s accomplished, he’s neglected to point out the obvious: He’s spent his entire career trying to enrich the rich and screw over the poor. History will not look back fondly on his time as a Representative or his time as House Speaker, and the public won’t soon forget the damage that he’s done. Ring of Fire’s Farron Cousins discusses this.

For the last week or so, Paul Ryan has been out there talking about how bittersweet retirement is and how he’s just so darn sad of the polarizing atmosphere in dc today and he wishes he could have just healed that a little bit better. He’s also talked about his legacy quite a bit, which he says he’s very proud of, and in a six part tweet storm, one day last week, he decided to post a series of videos documenting how that tax bill from this time last year went from an idea to a reality and that is what he wants people to remember. Paul Ryan, champion of the people by cutting taxes for corporations. Paul Ryan is delusional about what his legacy is going to be. Paul Ryan has spent his 20 years in Washington dc trying to cut every possible program that actually benefits average Americans or Americans who are in need of government assistance.

That is what Paul Ryan has done in addition to trying to screw over poor people. The other half of his legacy is bending over backwards to give his corporate donors everything they have ever wanted, and to a large degree, Paul Ryan has succeeded in that and his tax cut package from last year is proof of it. That was a tax cut bill that the American public didn’t want the American public didn’t benefit from, but his wealthy donors did. The Koch brothers absolutely benefited from that, and as soon as he passed it, they gave his little pack $500,000. In fact, I think at the end of it, that number was much higher than $500,000, but that was the initial payment that Paul Ryan received from the Koch themselves after he gave them that lofty reward. Paul Ryan, contrary to what he believes is not going to be remembered as a champion of the people.

He’s not going to be remembered as a decent human being. He is going to be remembered as a pro corporate scumbag who screwed over the American public who essentially spit in their face every time he proposed cuts to Medicaid, medicare, social security, or any other social safety net program. They’re going to remember him as a coward, as a weakling who refused to stand up to special interests and instead bow down to them, begging them for money and promising them everything they could ever imagine. So regardless of what Paul Ryan tweets out or how he reminisces fondly about his days in DC or how he talks about this horrible bipartisan nature happening right now where nobody gets along with anybody. Just keep in mind that his policies helped to fuel the divide in this country, both in Washington DC and the divide between the haves and the have nots. That growing income gap, this polarization we’re experiencing. You can thank Paul Ryan for that and once he finally leaves office in a week or so, nobody is going to miss him and history is not going to be kind to him. When they finally have to write about his legacy.