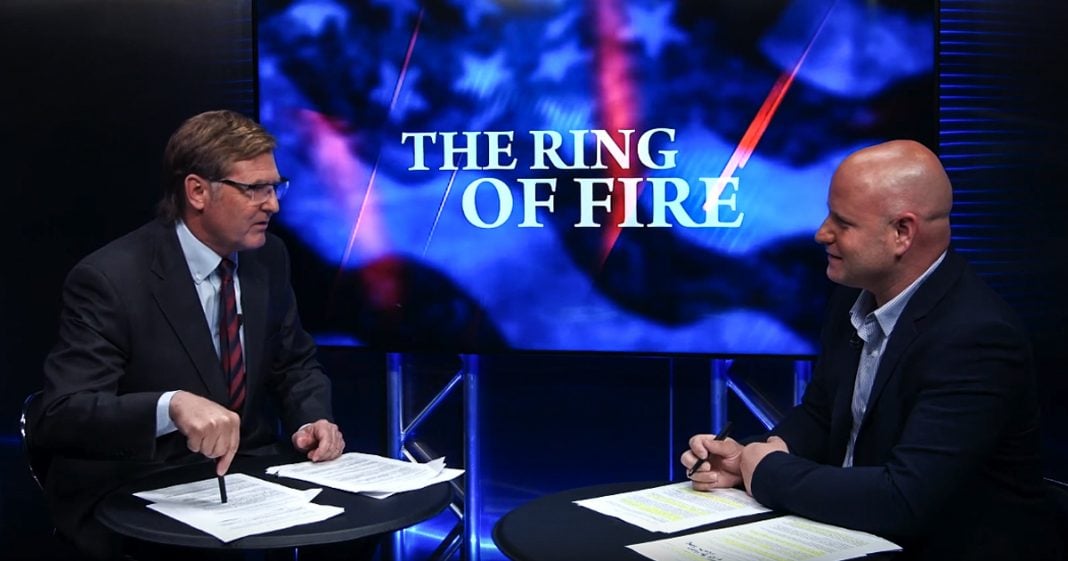 A judge has approved the merger that’s going to create even less competition and fewer media options for consumers. Ring of Fire’s Mike Papantonio and Farron Cousins discuses this issue.

Mike Papantonio:             A judge has approved the merger of media giants, AT&T and Time Warner, its a merger that’s going to create even less competition and fewer media options for consumers. I look at this, I look at this and, the first thing I want to know who is this judge, right? That’s where this, all that analysis begins.

Who’s the judge? Judge Richard Leon, US District Court has never seen a corporation that he didn’t fall in love with, that he would have sex in public with. This guy is just all over being owned and operated by corporations. He’s the a US District Court judge in District of Columbia. He had the right to say no more mergers. He’s the same guy that the, Comcast. The same guy that did that, right? Comcast.

Farron Cousins:                  So Richard Leon appointed by George W Bush in 2002, and just even a quick search on his record and you find some of the most pro corporate rulings ever. Now, it should be noted, he actually did pretty good with Gitmo detainees. Treated them like human beings. But on corporations, look, he cited against the FDA on banning the import of electronic cigarettes from other countries that are completely unsafe, filled with chemicals we don’t know.

Farron Cousins:                  Approve the Comcast/Universal thing that destroyed MSNBC, turned it into a unrecognizable and he approves this, AT&T/Time Warner merger with no conditions. Nothing has to be met. They don’t have to sell off any properties. You get it as is, you’re good to go. This, I mean, look, we’re already have only a handful of choices in media. He just took it down to…

Mike Papantonio:             I don’t want to. I don’t even want to get into the analysis of the opinion because frankly he was going to find it anyway. The analysis is meaningless. It is, I’m going to get there and I’m going to say whatever I have to say to get there on behalf of another mega corporation because that’s what this guy’s all about. He ain’t no great American hero judge, I can tell you that. He’s done some good things on social side. Comes to corporate versus consumer, consumers always lose with judges like this.