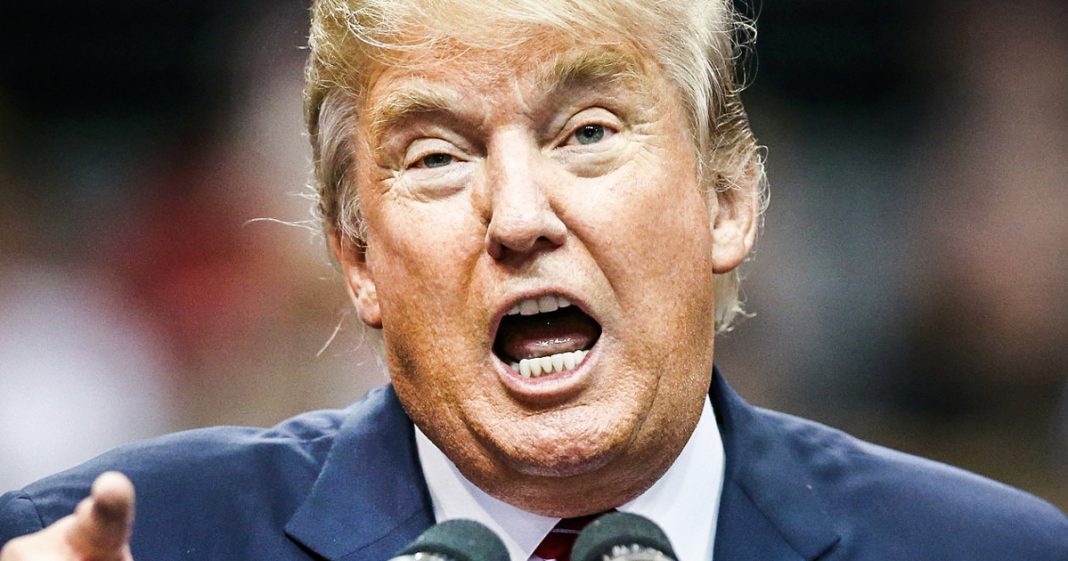 Democrats are accusing the Trump administration of violating federal law by cancelling a federally-funded teen pregnancy prevention program and instead insisting that abstinence education is the only thing taught to young people. This happened in spite of 4 separate court rulings ordering the administration to fund the prevention program and stop pushing abstinence-only. Ring of Fire’s Farron Cousins discusses this.

Senate Democrats have sent a letter to Alex Azar with the health and Human Services, uh, alleging that the Trump administration is breaking the law by not following five different court orders that said that the administration cannot reallocate money from the teen pregnancy prevention program that Obama set up in 2010. Now this is a program funded by several hundred million dollars that is meant again established by Obama in 2010 to help educate high schoolers and other American teens on pregnancy prevention methods, you know, safe sex, condoms, things like that, you know, informing them and helping them to get these things they need. And as a result, teen pregnancy rates in the United States have plummeted faster than they ever have in our nation’s history. And this program is a big part of the reason why. But here’s what’s happened with the Trump administration. This is why five different, uh, uh, court rulings have said you have to stop doing this.

The Trump administration took all that money for this program and instead used it to hire private organizations to go out in this country and teach abstinence only policies. Now, for a second, I want you to think about the hypocrisy of that. The Trump administration led by Donald Trump himself is out there telling kids, don’t have sex ever. Donald Trump has the audacity to go out there and tell American citizens that they shouldn’t be having sex. Um, I, I hope everybody sees the irony. I hope everybody sees the hypocrisy as this, as a man who struggles daily to keep it in his pants anytime he’s around, a woman who he finds attractive, but nonetheless, we also have a very real problem to deal with. Now, with the money going to these abstinence only programs, what’s going to happen, which is the, what’s happened in the past, teen pregnancy rates are going to continue to go up after falling to record lows faster than ever.

Those numbers are going to once again rise because we’re not going to tell people about how to have safe sex. We’re not going to teach them about prophylactics. We’re just going to tell them that the only way to not get pregnant is to not have sex that has never worked in this country’s history. That’s not how it works. States that have implemented abstinence only sex education have seen higher rates of teen pregnancy then states where they’re taught safe sex procedures, but this administration, I’m assuming Mike Pence had to have a hand in this. This has Pence, his name written all over it, decided that the best way to do this is to just go out there and teach kids that sex is evil, sex is bad, and if you have sex, you will immediately become pregnant and ruin your entire life. Well, that’s not what happens.

Be Smart, be responsible and be safe. That’s the message that was coming out of DC from this federally funded program for eight years and then the Trump administration came along and again, I’m willing to bet this is Mike Pence is doing. And they said, nope, we don’t care that teen pregnancies falling. We don’t care that this program is a huge success. We want to defunded and send that money to abstinence only programs because we have to continue to pander to the religious right. Even though if you look at our own personal lives, we’re a bunch of liars and hypocrites, but don’t worry, the religious right doesn’t seem to care about that. All they care about is making sure that teenagers aren’t. They’re having sex of any kind at all.