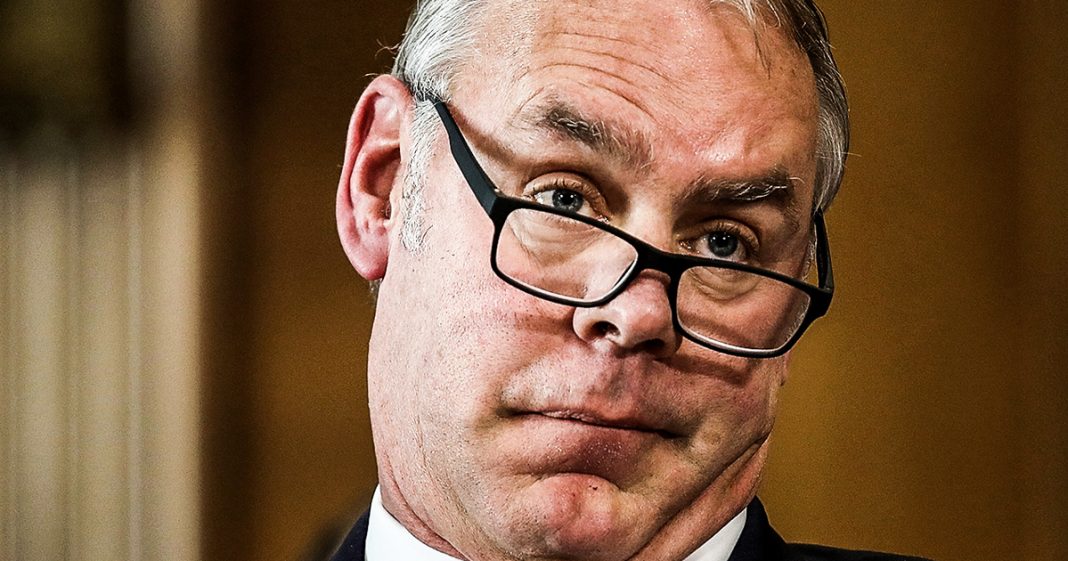 In early December, the Trump administration sold off 150,000 acres of protected federal lands in the state of Utah to fracking companies. This is keeping with outgoing Interior Secretary Ryan Zinke’s pledge to open up our protected lands to drillers, frackers, miners, and any other corporation that wants to destroy our environment to make a quick buck. Ring of Fire’s Farron Cousins discusses this.

In an incredibly under reported story at the beginning of December, the Trump administration auctioned off 150,000 acres in the State of Utah alone to the fracking industry, 150 acres from obviously the department of the interior that includes areas around a Big Ears, Canyons of the Ancients, and Hoeven Wood national monuments and Glen Canyon national recreation area sites that bring in hundreds of thousands of tourists every single year. All right. These are moneymakers for the state. These beautiful national parks protected lands, and the Interior Department of the Trump administration did exactly what they promised us they were going to do when they came into office. They’re selling it off. They literally auctioned it off to the highest bidder. So now these national monuments that generate revenue for the state that attracts people from all over the country to come see these natural wonders, they’re going to belong to the fracking industry. All those fracking waste products are going to be right there filling up our national parks.

And the worst part is that, as I pointed out, this happened at the beginning of December. This was possibly one of the most under reported yet vital stories of the year and nobody seemed to care about it. Nobody even batted an eye when it happened because they didn’t even know it happened. You know, environmental sites like Eco Watch, they do a phenomenal job of covering stories like this that people actually should be paying attention to. Stories that matter, and we’re going to poison her national parks. We’re going to give everything to the fracking industry or the oil industry or the coal mining industry, or even the bottled water industry. Screw over consumer, screw over. Tourists screw these states out of money just so we can feed our addiction of helping corporations and trying to extract every single ounce of fossil fuel that we can out of the ground so we don’t have to immediately switch to renewable energy.

This is an unsustainable policy both environmentally speaking, economically speaking, and in terms of energy itself, there is a finite amount of fossil fuel in the United States. It is finite. There is an infinite amount of renewable energy sources. Yet, this administration would rather sell off our own protected lands than have to, God forbid, build a solar farm. That’s where we’re at today and we’ve hit this point while at the same time, scientists and researchers and governments around the world are telling us, time is up. Time’s up to address climate change. It has to start today or else in 10 to 12 years, we are really screwed. That’s what the reports are telling us, but rather than addressing that, whether rather than doing something about it, this administration just ought to auction off a 150,000 acres and nobody seemed to care that it happened.