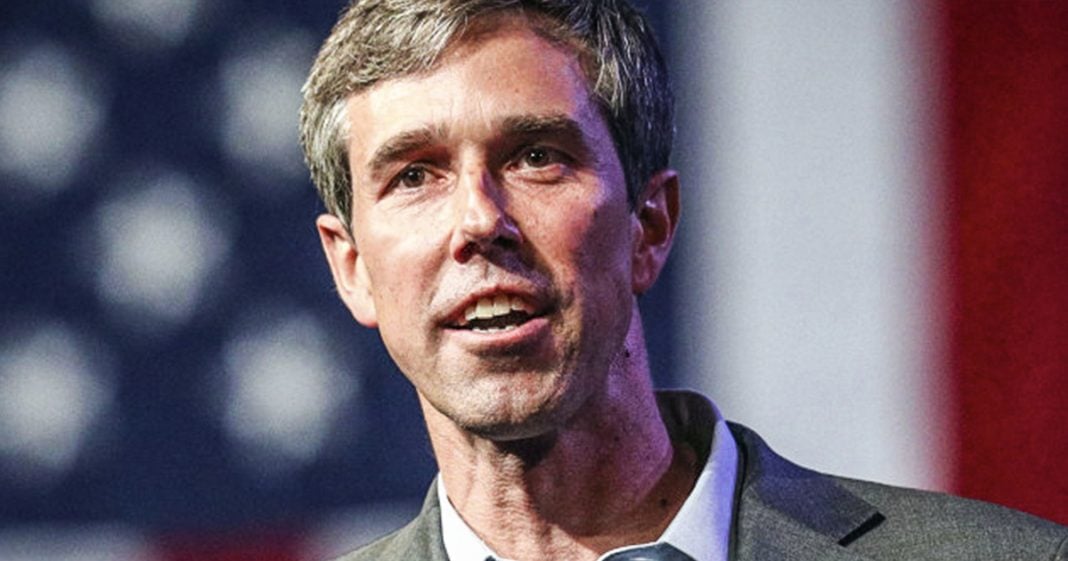 The Democratic establishment won’t stop trying to make Beto O’Rourke into some kind of progressive hero, even though all of the available evidence suggests otherwise. Beto is not the first, and he certainly won’t be the last person that the Democrats attempt to turn into a hero, but the real problem is that while they are searching for a hero, they’re ignoring the ones that already exist in the Party. Ring of Fire’s Farron Cousins discusses this.

So the drama kind of surrounding progressive’s establishment Democrats and Beto O’Rourke right there in the middle has continued, uh, for well over a week at this point, uh, David Serato on the progressive side actually came out with a new article in the Guardian explaining and showing because he looked at the voting record, something the establishment decided not to do, I guess a, any determined, found out that Beto O’Rourke actually routinely votes with gop and Trump interests in the state of Texas. That in spite of the fact that he represents one of the most liberal districts in the state of Texas, he routinely leans to the right on issues. And that is important because Beto will work right now is one of the people who was being shoved in our faces by the Democratic Party as our new savior. He is our hero. And this made me think, why are Democrats the establishment types?

Why are they constantly out there trying to make someone into a hero? That’s what they’re doing. That’s what they’re doing with a Rourke as what they’ve done with Kamala Harris. That’s what they’ve done with Cory Booker. They’re trying to create a new hero to save the Democratic Party from Donald Trump and the republicans. Well, guess what? Democratic Party. You don’t have to go out there and make a new hero and hope that it pans out because so far it’s not. You’re getting trashed on this issue because you’re too stupid to see what’s actually happening or to look at somebody’s voting record. What you should be doing is looking at the heroes who already exist. If the Democratic Party is out there hoping to find a savior or create one, they need to just look around because there are progressive heroes in this country all over the place. In every state you can find one.

You can find a progressive law maker. You can find a progressive senator. You could find a progressive activists. Any one of them would do a better job than these heroes you are trying to force upon us and tell us, stop looking at their record. You’re being anti Democrat by doing that because that’s what they’re saying. We’ve got people like Nina Turner, we’ve got people like Bernie Sanders. We’ve got Jeff Merkley. There are plenty of progressive heroes out there, any one of whom would do a kick ass job as president of the United States, and we wouldn’t have to remake their image. We wouldn’t have to reshape their talking points. We wouldn’t have to pull them further to the left because they’re already there, and the problem is that when you look at the spectrum and you’ve got progressive over here, conservative over here and centrist in the middle. When the Democrats look for heroes, they don’t turn to the left.

They don’t turn and see this big group over here. They towards the center, and that’s the problem that they have. They’re trying to make a progressive out of a centrist. They’ve done it time and time and time and time again, and it fails every time, but there are too stupid to see their own failure. They’re too stupid to turn their head in the other direction and see all these heroes on the left. We have plenty of them. If only the Democratic Party has enough sense to open their eyes and see that the heroes we’ve been meeting have been here the whole time.