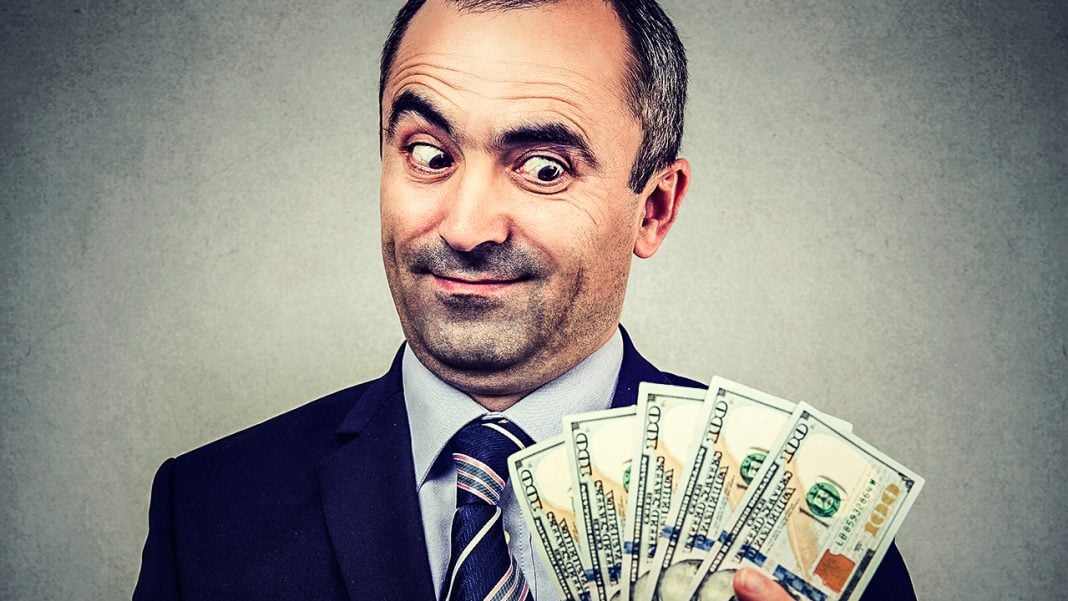 According to new statistics, the share of wealth going to the bottom 90% of workers has fallen dramatically over the last few decades, resulting in trillions of dollars that used to go to workers instead going to those at the top. The reason is because of bad politics that reward corporate greed, and the attack on organized labor. This imbalance is not sustainable, as Ring of Fire’s Farron Cousins explains.

You know, last week I talked about the fact that the u s economy is headed for a massive crash and the reason it’s headed for collapse according to Economist is because the buying power, the real income of workers in the United States, 80% of them roughly has completely stagnated for over 10 years. In fact, their buying power today is less than it was when the recession hit. Inflation has gone up while wages have stagnated, and the few wages that have increased have not been able to keep pace with inflation. So our buying power has decreased. Meanwhile, the price of goods and services has been increasing. So that buying power goes even further. Uh, well, a study has come out that says it’s actually even worse than that because as I pointed out, our buying power is slightly lower than it was back in 2007. But according to this, our buying power is worse than it’s been since 1979.

And actually starting in about 1979 is when things really started to get bad for American workers. The decline of labor unions, the rise in right wing policies that benefit corporations and punish American workers, those two things combined along with some other Republican policies out there have resulted in the complete decimation of the economic power of the bottom 90 percent. The wealth gap since 1979 has exploded. Pay between the average worker in the CEO has skyrocketed to proportions that we’ve never seen in this country and it’s all all of it because of the policies that Republicans have put in place. They created this system, this system that in no way resembles what capitalism is supposed to be. Capitalism is supposed to be dependent upon supply and demand and the more your product is in demand, the more you make, the more people you hire, the more you pay them so they can go out and buy your products.

You as the CEO, you do get a good profit because you’re making more products and you’re doing good business. Those days in the United States have been over for decades, even long before 1979. What’s happened instead is that we have systems in place that reward ceos by giving them larger tax breaks when they get those big bonuses. Last year at this time, we went ahead and just cut all their taxes altogether. We don’t penalize them for shipping their profits overseas so they don’t get taxed. We’ve reduced workplace protections so that they don’t have to provide as many benefits. We’ve killed the power of labor unions through right to work laws and other union busting techniques so that there’s nobody out there looking out for the American worker anymore. Now, that’s not to say that unions do not exist. They do still exist, but they’re nowhere near what they were. Back at 1979 when almost half of the labor force was a member of a union. Today, it’s less than 10 percent back then. We had people that would go and fight when our wages stagnated, but the money at the top increased. They understood that that’s not fair. These ceos, the shareholders making millions of dollars off the backs of the Labor.

It didn’t happen or when it did happen, they would go on strike. They could call a strike, they would send in their expert negotiators and get this figured out and worked out to where the workers got a share of the benefits, not just those at the top. Unfortunately, again, those days are over. We do not have enough champions of the working class anymore and I’m not talking about politicians. I’m talking about people going out there and doing this. The few labor unions and labor leaders we have left. It’s not enough. They do great work and they’re out there protecting American workers and I’m not knocking them at all because this is not their fault. This is not on them. This is the result of decades of Republican policies that were designed specifically to harm the American workers and benefit those at the top and now look at the situation we’re in. Our buying power decreases by the week.

As that decreases economic activity in the United States, starts to retract and with that retraction starts, it’s very difficult to stop it because the heart of the US economy are the workers. The people who go out there and spend their paychecks. Eighty percent of us living paycheck to paycheck, we’re the ones who drive this economy, not the CEO’s, not the shareholders, and it’s sure as hell isn’t the stock market. It’s us and they’re out there at every given opportunity trying to screw us over in the worst ways possible and the joke is going to backfire on them because we are headed towards a recession. All the economists say it, all the studies show it history, shows it. We have set up the same exact conditions. The only people who don’t happen to see it coming though are the Republicans who actually made it happen in the first place.