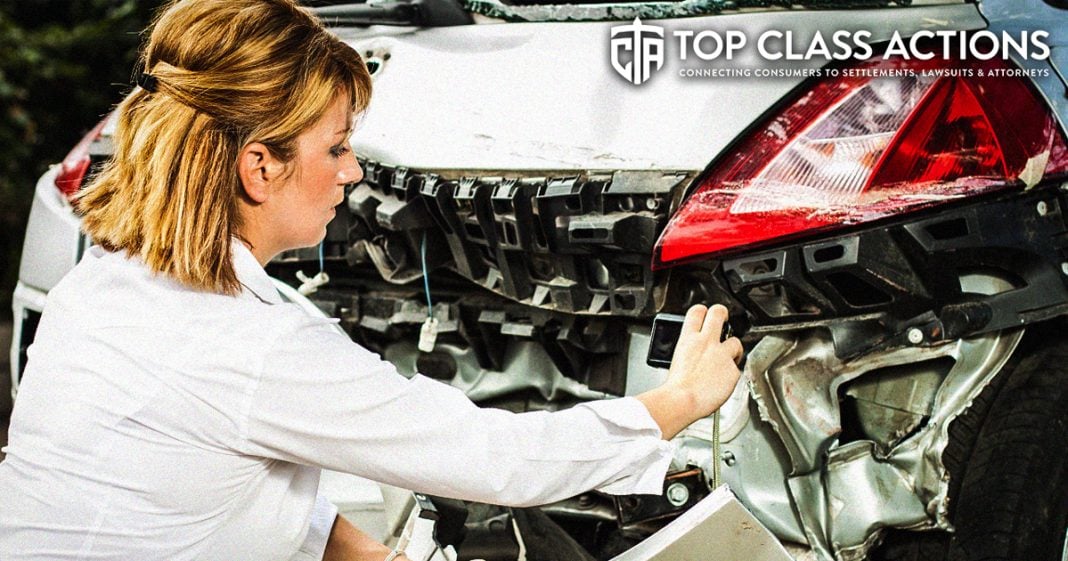 Farron Cousins:                   Anyone who’s ever experienced the total loss of a vehicle understands how horrible that entire experience can be. Whether it’s having to deal with the entire loss of your car or the hoops you have to jump through with the insurance company, there is nothing pleasant, enjoyable about having to file one of these total loss claims, but what makes it even worse? And this is what we’re finding out now, insurance companies have been working to undervalue people’s vehicles, specifically State Farm, in order to pay them less for their total loss, which essentially leaves consumers without enough money to replace the vehicle.

Joining me now to talk about what’s going on is Scott Hardy from topclassactions.com. So Scott, we’ve got State Farm insurance. We’ve got Mitchell International, Inc., tell us what those two companies are doing together to help screw over American consumers.

Scott Hardy:                       It’s a little bit shocking when you have a respected insurance company like State Farm with independent agents all over the country. Had a friend of mine that was actually an independent agent for State Farm and it gave him his start as an entrepreneur. And it’s sad when you see these well respected companies allegedly colluding with, in this case, Mitchell International, Inc. to drive down values for cars and so you go ahead and get an accident, it’s a total loss for your vehicle, you’re a State Farm customer. You call them up. They say, all right, here’s the value.

We’ve come at this by looking at all the numbers and we use Mitchell International that help us come up with that number. Here’s your check. And a lot of consumers just go man that seems low, but oh well. When in fact they were significantly lower than respected sources like Kelley Blue Book and they’re trying to shave off hundreds if not thousands of dollars per car and per payment that they’re paying out to their customers. And when you do that, thousands upon thousands of times, you save millions of dollars as the insurer, but you have all these people out there that have their cars. That was a total loss.

They might not even be able to pay for their auto loan they had when they’ve got that total loss. So it’s a, it’s a two edge sword. One, people are not going to be able to get back into a similar car and two, if they’re paid back less than their car’s worth specifically because of the collusion or the alleged collusion between State Farm and Mitchell International. You’ve got a major problem. You might be left with no car and you may still have a car payment.

Farron Cousins:                   You know, it’s funny you bring that up because that actually happened to me about, you know, 10, 12 years ago. I had a car, I had it for about two years, was, you know, still three years left on my payments for it. I did not have State Farm at the time, but still worthwhile to tell the story because I’m sure it’s common to a lot of people who’ve been through this. The apartment I was living in, the parking lot flooded one night after some really serious rain, water to the top of the car.

And at that point, if the water goes over the Dash, they consider that a total loss. So I wasn’t in an accident, I didn’t do anything wrong. My car was parked, I was asleep. I woke up, it’s underwater. Insurance company comes out, they do their adjustment. Three days later they finally contact me and they say, you can come by our office, pick up the check.

I pick up the check minus my $500 deductible. I still had to make payments on the loan for a car that no longer existed for six months because the check they gave me didn’t even pay off the loan. So I actually had to borrow my father’s car for six months because I was still making a payment. Still had that loan, wasn’t able to get a new car loan while still having the old one as a single person. It was insanity.

I mean it was absolutely crazy and to find out that State Farm, you know, again as you pointed out, hugely respected, typically a pretty good insurance company, but that they’re actively doing this to people on purpose. That is disgusting to me because I’ve been in that situation. I know how awful it is and it is just devastating to find out that this company is intentionally putting people through that.

Scott Hardy:                       Yeah, I mean you’ve got people that are living paycheck to paycheck and they’re in the similar situation as you were and they have this insurance. They think that they’re covered. They think that well, that’s why I have insurance, right? I sign that check every single month, send it into my insurance company, so in case I need it, they will take care of me. They’ll get me in a new car if there’s a total accident, whether it’s my fault or not, but a lot of people are in the same shoes as you. Not Their fault.

They get in an accident or there’s a total loss for their car. State Farm colludes with this valuation company, gives what could be a es valuation, undercuts what you should be paid and people are sitting there stuck without a vehicle or making ghost payments on a car that’s no longer even there and you know that’s just not right. You know, you’ve got to go ahead and pay people what their car is worth or else you’re going to lose clients and you’re going to lose customers.

And I can’t see this playing well for State Farm as they go through the class action and more discovery is made to see what kind of actual collusion took place between State Farm and Mitchell International. We’ll have to see how this plays out.

That’s not what happens behind closed doors. These companies are in business to make as much money as possible and if they pay out your claim in full for every single person who makes a claim, they’re not going to make as much money. And unfortunately that money that they want so badly, that’s who they are. They’re not Aaron Rodgers and Peyton Manning and Brad Paisley. They’re corporate CEOs and shareholders who want to make sure that if we can get an extra $200 from somebody by shorting them on their claim, then damn it, we’re going to short them $200 because we can split that amongst the 10 of us and hey, we each just got an extra 20 bucks.

That’s how petty some of these corporations are. And that is the one of the biggest things we’ve learned through our years here at Ring of Fire. Seeing the documents, seeing how horrid these companies truly are. They’ll do anything quite literally for even just a dollar.

And as you mentioned, once you go through the discovery process and you look at the documents, you’ve got a lot of people that are, that have their heads down to try to increase their profits by single percentage points, but it really hurts the consumer. And you know, what’s it worth? Why do you need to make an extra million dollars when you have $100 million dollar profit already. Help your customers, help your end users and you’re going to do well.

Farron Cousins:                   Absolutely. You know, it’d be great to see just maybe a few corporations in this country come out and act and show us that they actually have a conscience and that they do care about American consumers. Unfortunately, as it stands right now, I haven’t found that company yet, but if anyone believes they may have been in this situation where a State Farm undervalued your vehicle after a total loss, please do follow the link in the description of this video to topclassactions.com for more information and while you’re there, sign up for their newsletter so you can stay up to date and informed on every issue that American consumers need to be aware of. Scott Hardy from topclassactions.com. Thank you very much for talking with us today.