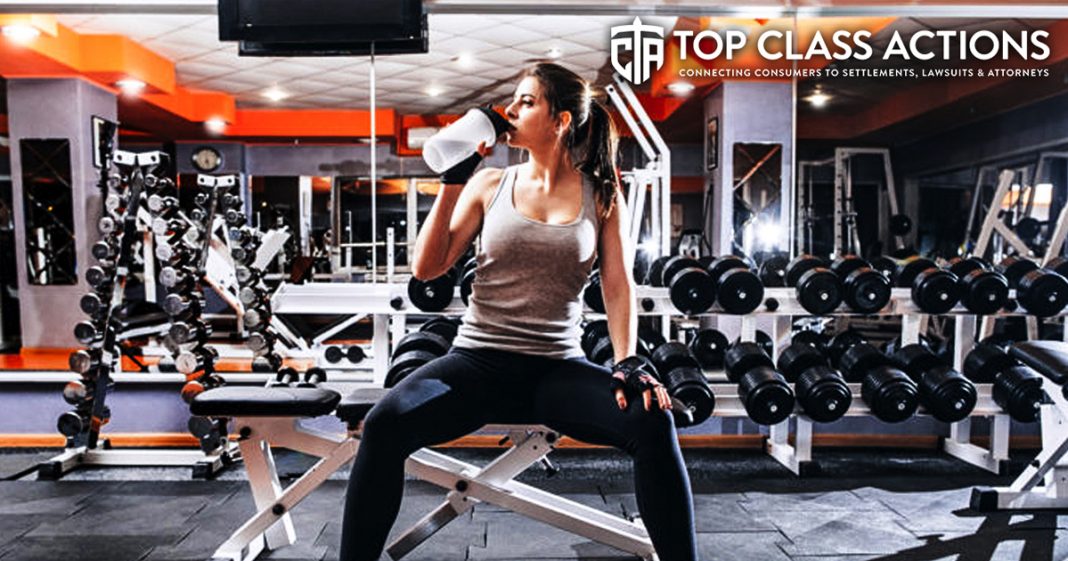 A recent class action lawsuit argues that Cellucor C4 Pre-Workout protein powder’s packaging is misleading because the containers are significantly underfilled. Plaintiff Joseph Kinder says the C4 Pre-Workout protein powder is sold in 30 and 60 serving opaque containers which conceal the contents from consumers. Due to this concealment, consumers are allegedly unable to see that the product canisters are only half filled. Ring of Fire’s Farron Cousins discusses this with Scott Hardy from Top Class Actions.

Farron Cousins: Most American consumers may not be familiar with the phrase nonfunctional slack fill, but that is a term that some companies out there use to basically describe the dead space inside their products. Now sometimes that dead space can serve a purpose, you know, maybe it’s the extra air in a bag of chips so that they don’t get crushed, but in some cases as we’re finding out now that nonfunctional slack fill is actually just a way for companies to deceive consumers into thinking that their product has more in it than it actually does. Joining me now to talk about this as Scott Hardy with topclassactions.com. So Scott, tell us about this new class action involving this nonfunctional slack fill, who’s the target? What are they doing?

Scott Hardy: Well, it’s interesting because I’ve actually taken the Cellucor C4 Pre-Workout powder. I use it, I’m involved in a number of martial arts, and one of the things that I was amazed at when I popped open that canister that you can get at Costco, you can probably get it Sam’s Club, get it at lots of different places. When I popped it open, I went, man, there’s a big container and it’s the only not even half full. Wow, that sucks, but that’s a common theme when you’re looking at pre workout powders, workout powder, protein powders, anybody who goes into a, a GNC or a similar kind of, you know, vitamin shop, they see these big jugs of protein powder and then they open them up and they’re maybe half full.

It’s all air and as you said, sometimes having a little extra air and their serves a purpose, but for the most part it’s just about dubin consumers to make people think that they’re getting more and that’s what this class action is about. As it’s saying Cellucor is selling their C4 Pre-Workout powder. They’re selling it in a large jug so people think that they’re getting more for their money when actually you’re just getting extra plastic and not a whole lot of workout powder.

Farron Cousins: You know, it’s interesting you brought up GNC and so I want people to pay attention. You know, if you’ve ever been into a GNC or if you’re going to one anytime soon, and I’m not picking on GNC, it’s the people who make the products that get sold. There are really any shopping mart, whatever it is that has these kinds of protein powders or vitamin powders, whatever it is, look at all the packaging. Do you see any that are transparent where you can actually see the product and judge how much is in there? The answer is no, you don’t. And that is exactly what this class action lawsuit is focused on.

They do this intentionally, you know, I understand there are some vitamins out there that have to be kept out of direct sunlight, so obviously they’re going to have an opaque container, you know, do not let any light into it. But for some of these, like the protein powders and all of that other stuff, there is no need to keep it out of direct sunlight. But they’re doing that as a way to convince you that this, you know, huge jug you bought, oh, it’s totally full until you get home and you have to reach down to the very bottom to be able to scoop anything out because there’s almost nothing in it.

Scott Hardy: Yeah, it’s a very common common thing that we’re seeing and we’re seeing these, like you said, the wonderful term these guys, because he uses the nonfunctional slack fill. It’s a great term when we’re looking at all, nonfunctional slack fill just stands for a whole lot of empty space and not much of what you actually bought and that’s what these guys are going after to try to make sure that these things are getting labeled correctly and as you mentioned, it’d be great if it was transparent so I could just take a look and know whether right off the bat where they’re getting duped or I’m actually buying something that is full.

Farron Cousins: Exactly. Or at least have the prices on these products reflect the fact that they’re not coming in a package that is appropriately sized. Because that’s the other kicking point here, is that these powders like this, you know, again, whether it’s a protein powder as this, you know, pre workout powder as this class actions going after. Maybe it’s those, you know, weight loss shakes that a lot of people do now that are, you know, very trendy. They all come in these opaque packaging and you’re going to open them up and you’re going to see that there’s, you know, maybe it’s half full, maybe it’s three quarters full. Maybe you got lucky on that one, but there’s no need for that dead space. You’re paying a lot of money because all of these products pretty much are overpriced and all it’s buying you as additional plastic.

So we’re paying more. We’re getting more waste product and we’re getting less of what we’re actually attempting to buy. And that to me is what is important about this class action lawsuit. This is about companies being held accountable for every little deceptive thing that they try to do because they’re not out there looking out for consumers. They’re not out there actually trying to provide them with good services or good products. It’s how can we get a little bit more money out of them and reduce our costs just a little bit more and if we let them continue to get away with it, they push it a little further and the next time it’s going to go a little further than that. I mean, that’s what these are about. This is about stopping that continuous push to see how far consumers are willing to be pushed before they take action.

Scott Hardy: Yes, absolutely, and people are getting pushed very hard. You know, we were recently contacted by another protein powder company that’s not Cellucor and it wasn’t even any official contact. They just said, hey, you’re covering this class action, we’re really mad that you’re talking about protein spiking and what’s on your website and people are searching for our product and they’re finding you. That class action is dead. You need to, you need to pull the public, pull the coverage of it. And we reached out to the attorneys who are handling the case and they went, no, that case is far from dead. We’re going to be going ahead and seeing them in court next month. Someone’s just trying to pull the wool over your eyes and so whenever these companies are freaking out and saying, you don’t need to go ahead and pay attention to the numbers on your screen, just buy our product.

You don’t need to be able to see what’s in that container. Just buy our product and trust us. You have to be concerned and we do with protein powders and pre-workout shakes and that kind of thing. Do your research. Make sure that what’s promised to be in that container is in that container and that all the numbers add up or else you might be spending a lot of money for nothing.

Farron Cousins: Absolutely Scott Hardy, Top Class Actions. If you want any more information about this particular story, check out the link in the description of this video it’ll take your right to topclassactions.com. So Scott Hardy with Top Class Actions. We appreciate everything you do and thank you for taking the time to tell us this story today.

Scott Hardy: Thanks Farron, appreciate it.