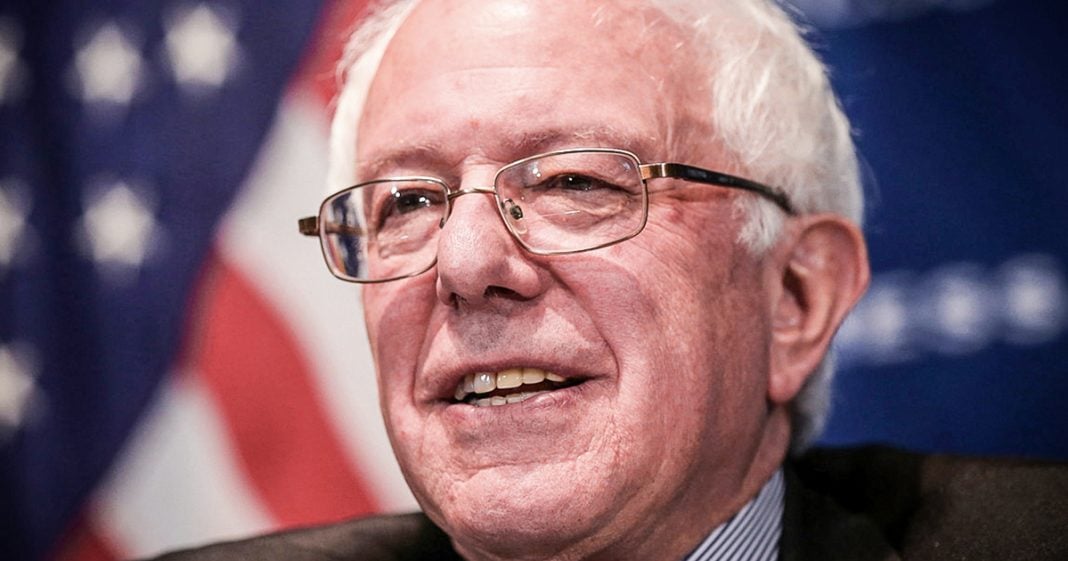 For several years, Bernie Sanders has consistently been the most popular politician in America. A new poll actually shows that he’s the ONLY politician in America with a net positive approval rating among all parties. In spite of his popularity, establishment Democrats keep telling us that “Bernie Bros” are not a viable demographic and that he’ll fail miserably because women and minorities don’t like him. Perhaps they need to examine the polling data which says otherwise. Ring of Fire’s Farron Cousins discusses this.

Well, if you spend any time on twitter over the Christmas break, then I am sure you probably accidentally or maybe even intentionally stumbled across the ongoing fight between the Beto O’Rourke establishment types and the Bernie Sanders progressive types. If you are not familiar with any of this, if you have somehow managed to avoid it. First of all, I’m very jealous of you. Second of all, let me explain what’s happening. Uh, there were journalists, Davidson zeroed in particular. You also had people like, uh, Alex couch. They had the audacity to actually look at betterworks voting record and look at is fossil fuel contributions. And that’s made the establishment super pissed. They were not happy about that at all. So they somehow came out and said, this is obviously a coordinated attack by the Bernie folk against Beto O’Rourke because they just won’t let Bernie go. Had, had nothing to do with Bernie.

But nonetheless, this conversation about somebody’s voting record devolved because of the establishment types into once again talking in tropes of Bernie Bros and these old white guys, you know, Blablabla, Bernie Bros, Bernie Bros. Bernie’s got a problem. He’s not good with people of color, he is not good with women. Bernie just sucks all around and it’s only these white bernie bros out there who are pushing his campaign. This trope has been going on since 2015 and it was pushed by the pro Hillary people just like they did that with Barack Obama in 2008. Go back and read your history. This is what they do. Nonetheless, Katie Helper, uh, on an article published in common dreams. And you can read tHat a, check it out in the link in the description of the video, did a phenomenal job of pointing out why all of those bernie bro attacks are absolute bullshit.

And here is why, because as it turns out, when you look at places like Iowa, you know, which has got to be the big talk of the town in a year. Um, we actually see that Bernie Sanders poles the best among democrats among women and people of color. Would you look at that? This bernie guy who apparently only appeals to old white folk, is actually doing the best in Iowa among people of color. Now, why could that be? Why is Bernie Sanders the only politician in the United States who has a net positive approval rating? The only one, ladies and gentlemen, the only politician in the country who has a net positive approval rating and that actually includes among republicans, everybody seems to like this guy is not because of his hair, it’s not because of his charismatic personality and it’s not because he skateboarded off the stage.

It’s because he talks policy and it’s because Americans are actually not as stupid as some democrats apparently might think they are, and they understand that when Bernie Sanders is out there talking about income and equality, that is a racial issue. When he’s out there talking about protecting the environment, that is a racial issue. You can call him a one trick pony all you want, but that’s not what this is at all. In fact, you’re the naive ones. If you don’t see how income inequality adversely affects people of color in the United States. Study after study proves it. Just like study after study proves that the people who are most affected by pollution in the United States are african american and hispanic communities. That research is out there and readily available, but those establishment types don’t want to look at it. They want to attack Bernie Sanders. Why?

Because they’re trying to prop up people they think they can control. None of it makes any sense. So here’s the bottom line. Next time you see someone on twitter saying that Bernie Sanders only appeals to white folk, I want you to send them the link in the description of this video because listen, we can have discussions or arguments or debates about policy positions. You know, voting records, campaign donations. We can have that all day long. That is good and constructive and it moves us forward. But if these establishment types aren’t going to be honest about what kind of appeal that bernie and his policies have, then there is no sense in having the discussion with these people. The numbers are available and the numbers skew towards Bernie Sanders favor. So now we need to get into the policy issue. Stop trying to write off everybody that happens to like Bernie Sanders as a bernie bro, because the numbers don’t back up that talking point whatsoever, and it’s starting to make a lot of once smart establishment types look like complete idiots, and more importantly, make them look like on credible liars because that’s what they are. If they’re out there trying to tell you that Bernie Sanders only has appeal among white people.