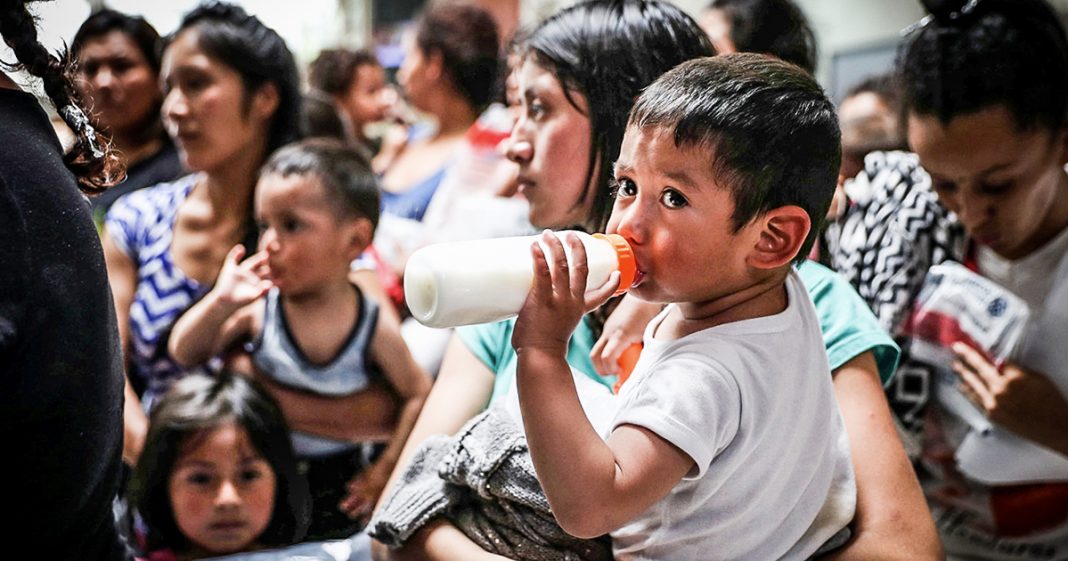 For the second time in a month, a child has died while in the custody of Customs and Border Patrol, locked away in one of this administration’s migrant detention facilities. This practice has to end immediately before more people lose their lives and before more parents lose their children. This shouldn’t be happening in this country, and we deserve answers. Ring of Fire’s Farron Cousins discusses this.

For the second time this month, a child has died while in the custody of customs and border patrol agents in a migrant detention facility run by the Trump administration. This child was an eight year old little boy from Guatemala. He began presenting signs of an illness was taken to a hospital, and this was after several days of being in one of these detention facilities. By the way. It’s not like he came there and they said, oh, you’re sick. Let’s go to the hospital. Now. He showed up, was fine, was given an initial wellness check, allegedly no problems. Uh, starts exhibiting signs of a very severe illness. Take them to a hospital. They say, Oh, you’ve got a cold. Here’s some antibiotics. Here’s some Ibuprofen back to yourself. A little while later, the boy develops a 103 degree. Fever begins vomiting. As the vomiting becomes more severe, they take him back to the hospital were just a few minutes before midnight on Christmas Eve, the boy was pronounced dead.

Eight years old from Guatemala. His body is already on the way back to the country. They shipped it out. They don’t even want to deal with it, so if it happens once, it’s a tragic accident, if it happens twice, you start raised some eyebrows. When it happens the third time, it becomes a pattern of behavior at these detention facilities and make no mistake. I know everybody’s reporting. This is the second child that I. This is the third child to die. This is not the second. This is the third because we can’t forget the first one. The toddler who developed the illness while in custody of customs and border patrol agents, ice develop. The illness was not given any medical treatment, languished for days. The illness spread became more severe by the time they left and actually could get medical care. It was too late. It had progressed too far and that toddler died.

I want accountability and I want people put in jail. Starting with Kirstjen Nielsen. This is on her. I want Jeff Sessions brought back and I want him to answer these questions because let’s not forget he was a big part of this as well. He was the one who helped launch this along with Kirstjen Nielsen from Homeland Security. Everything else can wait a couple of weeks when the Democrats takeover. We’re okay on that. This the fact that we have children, toddlers, adolescents are dying in our custody. That’s the biggest issue right this second, and it’s something that cannot wait because we’re starting to see children drop dead every couple weeks. At this point, we need answers. We need to know what’s going on. People have to be held accountable, and then those people need to be locked away so that they can’t hurt anyone else. Every other issue can wait a couple weeks, not, not super long, but it can. It can wait a couple of weeks while we get this sorted out and shut down these migrant detention facilities. This is the most important issue that Congress needs to address. Starting on January, third, first order of business. Get answers as to why these kids keep dying in these detention facilities.