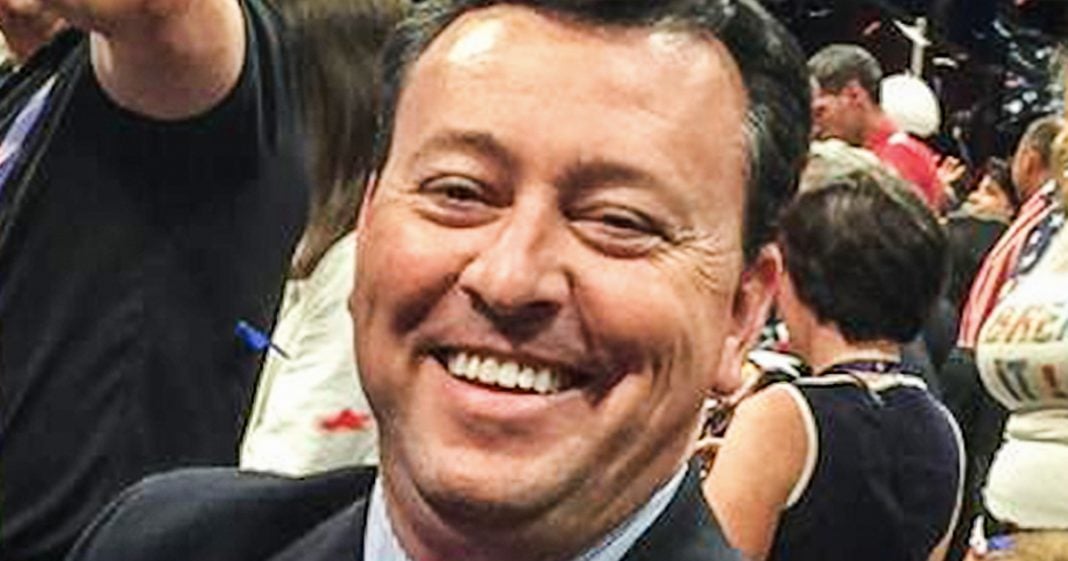 The Republican Party in South Carolina is seriously considering cancelling the 2020 Republican presidential primaries to make sure that no Republicans can threaten to run against Trump. These Republicans are clearly growing desperate to protect the President who continues to go down in flames. Ring of Fire’s Farron Cousins discusses what’s happening.

According to a recent interview in the Washington examiner, a South Carolina Republican Party chairman, Drew McKissick says that they are actually seriously considering not having a Republican primary in the state of South Carolina because they do not want any Republicans to challenge Donald Trump. They said they’re going to finalize this, you know, figure it out. They’ll have a final rule by summer and most likely they absolutely will not allow any primary in their state in 20 slash 20. Now, here’s the thing about this, there doesn’t appear to be any real Republican challenger to Donald Trump at this moment. I know John Kasick is teased it he keeps doing is. Uh, I might, I might not. Maybe I’m an independent. Who knows what the hell I am, but everybody just needs to get along. He’s trying this whole central thing to pretend he’s not just as hardcore as Donald Trump. I think it’s working with people, which is the really scary part because his policies are no different than Donald Trump’s.

He just comes in a nicer wrapping. But nonetheless, South Carolina says, Oh, hell no. We do not want anybody posing a threat to Donald Trump. We want to show the president just how much we love him down here in South Carolina. Now, if a challenge or did emerge, it would force Donald Trump into a primary process, but for the state GOP in South Carolina to say, we may not let that happen. They’re literally telling South Carolinians, the Republicans in South Carolina that your opinion doesn’t matter. We’re taking your opinion way. We’re taking the ability for you to have an opinion away from you and we are telling you it’s Trump or nothing. Not exactly the best message that a party needs to send. Right? I mean, we don’t need any political party during a primary process propping up one candidate over the other. You would think that the Republican Party would have learned that from the Democratic Party a few years ago, but apparently they didn’t.

Didn’t work out well for the Democrats and I doubt it’s going to work out very well for the Republicans, but I think in this case they can probably rest at ease because I don’t think there are any republicans in this country with enough courage to actually challenge Donald Trump to a presidential primary. Where they might run into a little trouble though is what happens if Trump gets impeached? What happens if summer comes and they finalized a rule saying no primary at all, and then Trump’s out of office by the end of the year, then they’re in quite the pickle, Huh? They’re stuck with pence. They might be able to change the rule, but by then it also might be too late for Republicans in that state to have a voice. So this could backfire spectacularly for them. And to be perfectly honest, I hope that it absolutely does.