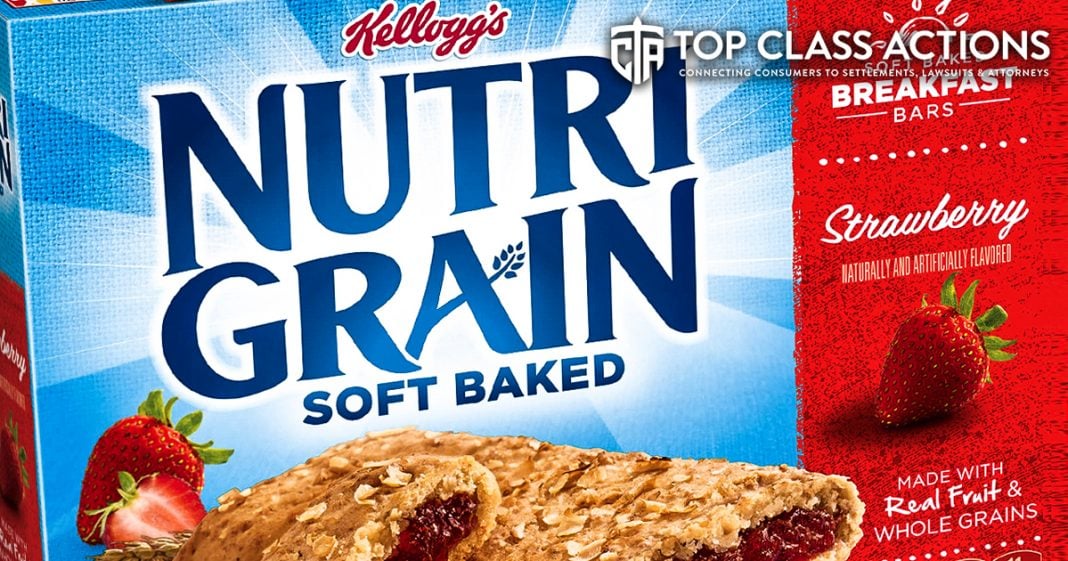 More and more food products are being found to contain traces of Monsanto’s glyphosate, the main active ingredient in their Roundup herbicide. This chemical has been linked to a vast array of cancers and other illnesses, and the number of food products that have been found to contain dangerous amounts continues to grow. Ring of Fire’s Farron Cousins discusses this with Scott Hardy from Top Class Actions.

Farron Cousins: Every few weeks over the last couple months, we found out more and more about Monsanto’s glyphosate, which is found in their blockbuster weed killer Roundup. First and foremost, we know that the World Health Organization classifies this as a probable human carcinogen and we also know that food companies here in the United States are pouring this all over our crops at an alarming rate. Well, those food products made from those crops are now being found to contain glyphosate. And I’m joined now by Scott Hardy from topclassactions.com to give us the latest on the new round of foods that have been found to contain Monsanto’s Roundup.

Scott right now, and you and I have spoken in the past, we’ve talked about cereals and beers and wines and all kinds of things that have glyphosate, and now, uh, there’s a new class action out there against Kellogg’s because in some of their Nutri-Grain bars, their breakfast bars. The oats, wheat, barley, whatever it is in those, they’ve been found to contain glyphosate, which again is a probable human carcinogen according to the World Health Organization as well as pretty much every independent body that has looked into this. So this is a pretty massive problem, isn’t it?

Scott Hardy: Yeah, it is. It’s interesting when you take a look at things, and roundup is used all over the world and it’s sprayed on so many different crops that we shouldn’t be surprised that we’re seeing glyphosate be leaked into our food supply and onto our breakfast cereals. And in this case, breakfast bars and protein bars that both, you know, families and kids are eating. I know that right now the Roundup lawsuits for farmers that are getting sick by being around glyphosate and Roundup or other workers, a lot of those lawsuits may actually be wrapping up soon and we’re seeing an increase in lawsuits for everything else that Roundup and glyphosate may be impacting, including in this case, the incredibly yummy Kellogg’s Nutri-Grain bars. I use to eat these a lot because I don’t have a lot of time for breakfast and I’m always, especially now with the kids, it’s all about getting ready, getting out the door and taking those kids to school.

And so my kids used to eat Nutri-Grain bars when they were smaller and you know, it’s just an easy snack to give and it’s really disconcerting when you go through this lawsuit. And one of the concerns that the lawyers mentioned is that, you know, parents like myself give their kids a Nutri-Grain bar thinking it’s healthy, thinking that it’s grains and some fruit, give them some energy as they start their day and go through school. When you have these smaller human beings that would be much more susceptible to potential glyphosate carcinogens and having get poisoned, you know, possibly by ingesting Roundup through what you would think would be a very innocuous thing. A Kellogg’s Nutri-Grain bar.

Farron Cousins: And you know, these things had been marketed ever since they were conceived as the quick, healthier alternative for people on the go. For kids on the go. Rather than having the kids go and grab a doughnut, you know, super sugary, fattening donut, have one of these super healthy good for you. It’s got oats and grains and barley and fruit and all of this healthy stuff. This is such a better alternative than that doughnut. Well, they didn’t tell us, maybe they didn’t know at the time. Maybe it wasn’t there at the time, but at least now studies are showing that this thing is packed full of Monsanto’s cancer causing poison, which is a much more appropriate term for that then herbicide because that’s what it is. You know, independent studies have shown for decades at this point that glyphosate in Roundup absolutely is linked to cancer.

It’s linked to, you know, all kinds of defects in young children and unborn children. Can harm reproductive systems in both men and women. I mean, this stuff is absolutely toxic. It is a poison. And it’s being found in more and more foods. As I pointed out earlier, every few weeks we’re getting a new list of foods that, uh oh, we found glyphosate in these. I mean to me, you know, you talked about the lawsuits of the workers, the industrial folks who’ve been poisoned by this. Those lawsuits could be wrapping up here in the near future and then Monsanto is going to get hit with, in my opinion, the bigger ones because the bigger ones are going to come from these food companies. Because people and even the food companies themselves use this maybe without knowing, maybe because Monsanto told them it was safe to use.

Farron Cousins: Because we dumped this stuff by the barrel full onto our crops and something I just learned at topclassactions.com a few minutes before you and I were talking, is that what they do sometimes is they actually lay out the grains, the wheat, oats, barley, they’ll lay it out after it’s been harvested and then spray it with Roundup again to help dry it out. So not only is it on the product throughout the growing process, getting inside the cells of the plant itself, they then go ahead and give it another dose of it just to dry it out a little faster so they can, you know, turn and burn, make that profit. This is sickening because we’re, we’re getting, you know, even more poison than we originally had thought at this point.

Scott Hardy: Yeah. When you take a look at it and we see that 250 million pounds per year of Roundup are used on crops. On everything from wheat, barley, oats. This is all in the Top Class Actions article were to, as you mentioned, people are going to be ingesting this stuff. It’s going to be on so many from products. We saw might be on Quaker Oats. Now we know it might be in Kellogg’s Nutri-Grain bars. As we dig deeper and deeper, we’re going to see and find out that as you said, glyphosate might be something that might be in every single American for the most part right now, even though it’s a possible carcinogen and no one’s declaring it, no one’s telling us that, oh, by the way, this yummy breakfast bar also has a possible cancer causing ingredients.

Oops, sorry. So what are the longterm effects going to be for that? And that’s why I’m happy that we have these lawyers going after these companies to have them call out whenever they find a possible carcinogen within the food that people are ingesting. Yeah, I want to know about it. I don’t want to make sure I’m not giving it to my kids and let’s make sure that whenever possible the food manufacturers are not using it and if they are that they’re declaring it so we know exactly what we’re putting in our bodies.

Farron Cousins: Exactly, and that’s where the liability for these food companies could come in. Because as I previously mentioned, you know, the food companies themselves may have a good case against Monsanto as well if they want to go that route in terms of legal action. In fact, I think some of them have already considered that, may be working on it at the moment, which is all well and good. Monsanto should absolutely be held accountable for these food companies using the product. However, these food company products at this point also know whether or not they are using it and so now liability shifts to them as well because they have a responsibility to let us know that this could be in their products. So we’ve got a little bit of a double liability here. Obviously the big head Honcho here is Monsanto.

They duped food companies for a little bit, so they’ve got a suit against them, but then the food companies failed to inform the public that this was in their product. If you ask me, there needs to be a big rubber stamp on the front of every box of food, package of food, whatever it is, to let us know if these products were sprayed with Roundup or not. Because I guarantee you there’s nobody in this country that wants to eat something that could give them cancer or choose the identical product that could not give them cancer. We need to have that choice and the only way to do that is through proper labeling at this point.

Scott Hardy: Yes, absolutely. With 250 million pounds of it used a year, as you said, it’s on almost everything that we’re going to ingest that’s grown on a farm.

Farron: Absolutely. Scott Hardy, topclassactions.com. Thank you for telling us this story and if anybody needs any more information to find out which food products may contain Monsanto’s Roundup, please checkout topclassactions.com and sign up for their newsletter so you can be kept up to date with all of stories that consumers need to know about. Scott Hardy, once again, thank you very much for talking with us.