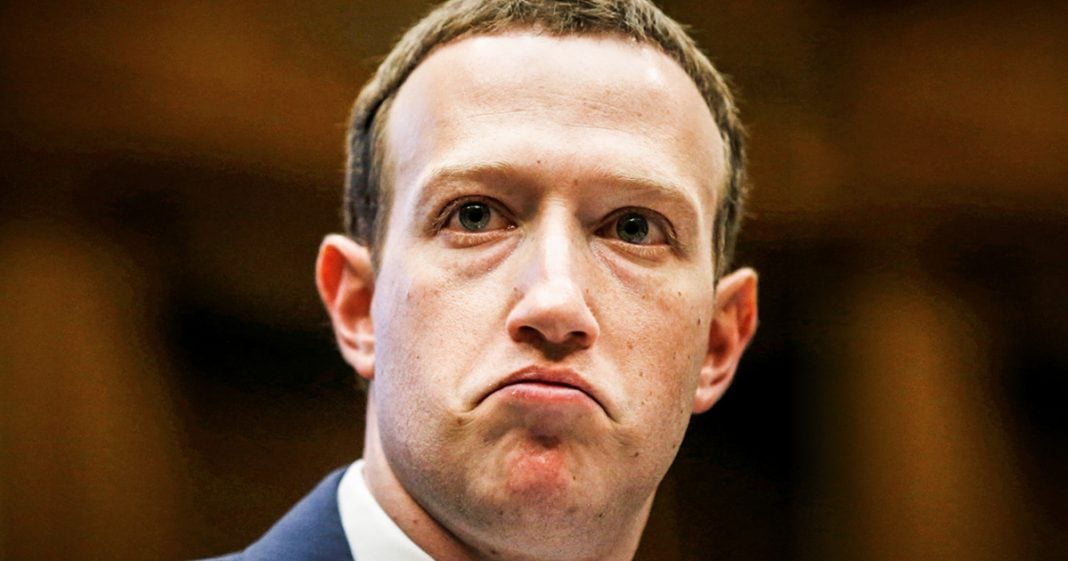 A bombshell new report from The New York Times explains how Facebook made a special deal with advertisers to allow them to access the private messages of users without their consent. There is no more denying it – Facebook is an absolutely evil corporation being run by deceptive, greedy human beings. The entire leadership of the company needs to resign immediately, as Ring of Fire’s Farron Cousins explains.

Last week, a damning new report about Facebook’s misconduct was published by the New York Times. Now, this is probably the fifth, sixth damning report that a massive publication has had to come out with about Facebook and just as many months, but this one really shows you just how little respect that the executives, including Zuckerberg at Facebook have, not just for the rule of law, but for humanity in general because according to this new report, Facebook worked out special deals with corporations in the United States to let them access your private data without your permission. Now, that part was known. We have had other conversations. We’ve seen other documents were Facebook would let corporations do this, but this is the first time that we learned that Facebook was also allowing some of these companies to read your private messages. They had access without your permission to your private messages through messenger and even on Facebook.

Before they introduced the Messenger App. Corporations were reading those. Facebook gave them access. They didn’t tell you, they didn’t ask you if it was okay. They just saw big old dollar signs in the window and said, hell yeah, come read this person’s private thoughts. Come find out that this person’s having an affair. Come find out that this person is depressed so you can market them antidepressants on their Facebook page because that is exactly what happened. Let me read you. Let me read you from this time to report exactly what Facebook did and who they did it with. Facebook permitted Amazon to obtain users names and contact information through their friends in it. Let Yahoo view streams of friends’ posts as recently as this summer, despite public statements that it had stopped that type of sharing years earlier, um, hundreds of internal company records and interviews with dozens of former employees show that a Facebook allowed Microsoft’s bing search engine to see the names of virtually all Facebook users, friends without consent and gave Netflix and spotify the ability to read Facebook users private messages.

So I have to add here, I guess it’s not just Facebook, I guess we gotta throw Amazon, Yahoo, Microsoft, Netflix, spotify, because they’re the ones who bought it because it’s not just the person out there selling your private data access to every intimate detail about your life. Some blame also goes to the companies, the corporations that want to buy that information because that’s just as creepy and disgusting, but here’s the bottom line. Facebook sucks. Facebook is evil. Every single executive starting with Mark Zuckerberg needs to be fired and then prosecuted because all of this is against the law. This violates FTC rules. The Federal Trade Commission. There needs to be hearings and it needs to be actual real hearings, not like the bullshit one conservatives did a few months ago where they called Zuckerberg in and asked him why he wasn’t showing videos of diamond and silk who gives a damn. They’re selling our private data and these conservatives wanted to ask, why are you suppressing conservative voices? Even though you’re. You’re actually not. Come on. We need criminal charges filed against these people. Not a nonsensical hearing about alleged shadow banning. There are very real problems at Facebook. There are very real laws being broken by this company and until Congress takes it seriously, every single one of us that has a Facebook account, all of our data, all of our information is up for auction to the highest bidder.