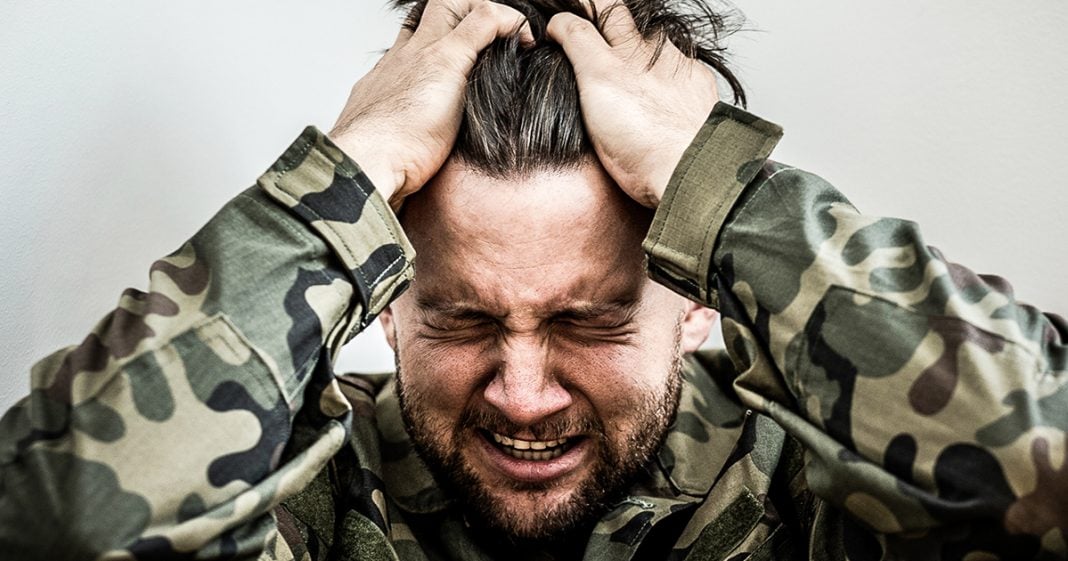 A new report details two shocking pieces of information. The first is that the number of veterans in the United States committing suicide is growing at an alarming rate. The second is that the VA has allocated millions of dollars that is supposed to spent on outreach to prevent suicides, yet that money just sat there unspent. Ring of Fire’s Farron Cousins discusses this issue.

Right now in the United States, we have an epidemic of veterans committing suicide on average more than 20 veterans. Every single day in this country are committing suicide, and if that is not shocking enough than listen to this, the VA, the Department of Veterans Affairs has millions of dollars set aside for outreach. That outreach is supposed to be used on public service announcements, telling these veterans that there is a place to go there or people to call. We are here to help you. Please give us a call. Please contact us, reach out, let us help you before you do something drastic and irreversible. Since Trump took office, all of those millions of dollars to be spent on outreach have remained on spent. Those public service announcement, those PSAs, they stopped running. They don’t do that anymore, and because of that in the last two years, the rate of veterans committing suicide in the United States has increased.

This is on them. This is 100 percent on the Trump administration and the department of Veterans Affairs. They have money that is set aside to help these people to get them the help that they need to sit and talk to them on the phone if that’s what it takes, and they simply decided we’re not going to do that. So again, that money is sitting in an account. Remarkably, they haven’t just reallocated it and put it somewhere else and wasted it. It’s just sitting there. This PSA is if disappeared from the airwaves, you know, posters, advertisements telling veterans that there is a place to go, there’s somebody willing to help you gone and this was the decision that was made by this administration, so it’s really difficult to not pin this on them because the increase in suicide deaths among veterans directly corresponds to the decrease in outreach by the Department of Veterans Affairs.

There is a direct correlation. In fact, it’s pretty easy to say at this point, there is a direct causation when these people, whether it’s a veteran or anyone else, when they feel like they do not have anyone out there that nobody cares, nobody is there to listen. It doesn’t matter if they live or die. That’s when they make these horrid decisions. Sometimes all it takes is one person. All it takes is a five minute conversation sometimes to pull somebody back from the brink. Sometimes it takes longer than that. Sometimes it takes lots of conversations, but whatever it is, we used to do that as a country and it was helping the problem, but we’ve stopped and I know this has Christmas Day and this is probably the last thing anybody wants to think about, but let me tell you, this is probably the first thing you need to think about, especially on a day like today. There are people in this country that desperately need help. They need somebody to talk to. They need somebody to listen. We used to provide that for them, but for some reason the Trump administration decided to turn their backs on these people and that’s why we’re seeing these suicide rates go through the roof.