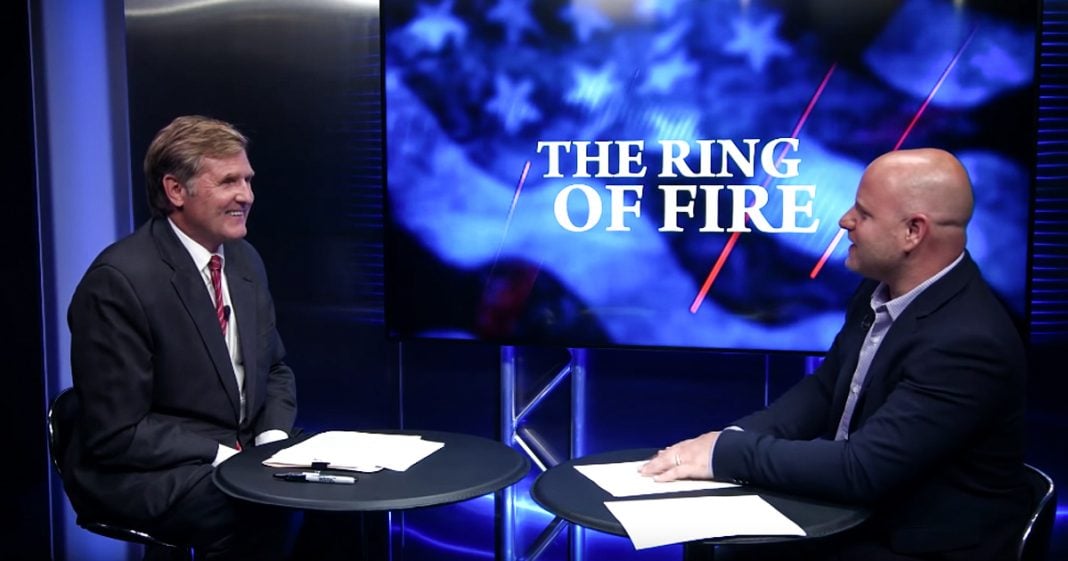 A new environmental lawsuit has popped up in an attempt to stop the administration from selling off more of Gulf of Mexico for oil drilling. Ring of Fire’s Mike Papantonio and Farron Cousins discusses this issue.

Mike Papantonio: A new environmental lawsuit has popped up in an attempt to stop the administration from selling off more of Gulf of Mexico for oil drilling. Okay. Alright, so here we are. We live on the Gulf of Mexico in Pensacola, Florida. We’ve seen what happens with BP. We have an entire ecosystem absolutely devastated, that really hasn’t recovered. You know, the best, we want to put a spin on it. It’s recovered. Our tourism is an all time high. We’re doing great. We’re back. But if you go offshore far enough, you still see the remnants of this disaster. What’s your take?

Farron Cousins: Exactly, you know, it never ceases to amaze me when we see the federal government and we saw during the Obama years, this is not something new.

Mike Papantonio: Well we saw it with Bush.

Mike Papantonio: We saw it with Clinton, we see it with Obama.

Farron Cousins: That we come through this massive disaster and we learned nothing from it. We’re talking about 78 million additional acres that are up for lease right now, and…

Mike Papantonio: Who put them up for lease, the Trump administration?

Farron Cousins: Yeah, and this is Ryan Zinke, Department of the Interior, but…

Mike Papantonio: In the media known as “Stinky.”

Farron Cousins: Yeah. What’s even dumber about this.

Mike Papantonio: Not My words, that’s…

Farron Cousins: Yes, but they, they’re trying to make it to where it’s not necessarily the deep water. Which was what Deepwater Horizon was. No, no, no. These are closer inland because they think for some reason thats safer. Now, could you imagine if we had the BP oil spill, but it was 10 miles out from shore. This whole area would still be covered in oil, but they think it’s smarter because it’s not as deep.

Mike Papantonio: Yeah. Their argument is we have less risk the shallower we go, but if you’ve ever been to Pensacola or ever been to resort beach area and you
understand that you can drive a couple miles and see these oil derricks out there.

Mike Papantonio: You understand what the risk really is. It puts this community under huge risk. Tourism is the only way that we have to survive in this community and there’s a lot of communities around the country. Typically what you’ll see is you’ll see these beach communities, also that you’ll see military involved in, you know, there’ll be a military base. They typically like to operate out of an area like this and resorts, you take the resort part of it away and it’s Katy bar the door.

Mike Papantonio: Yeah, I agree. It’s a very tough road. Thank you for bringing it though.