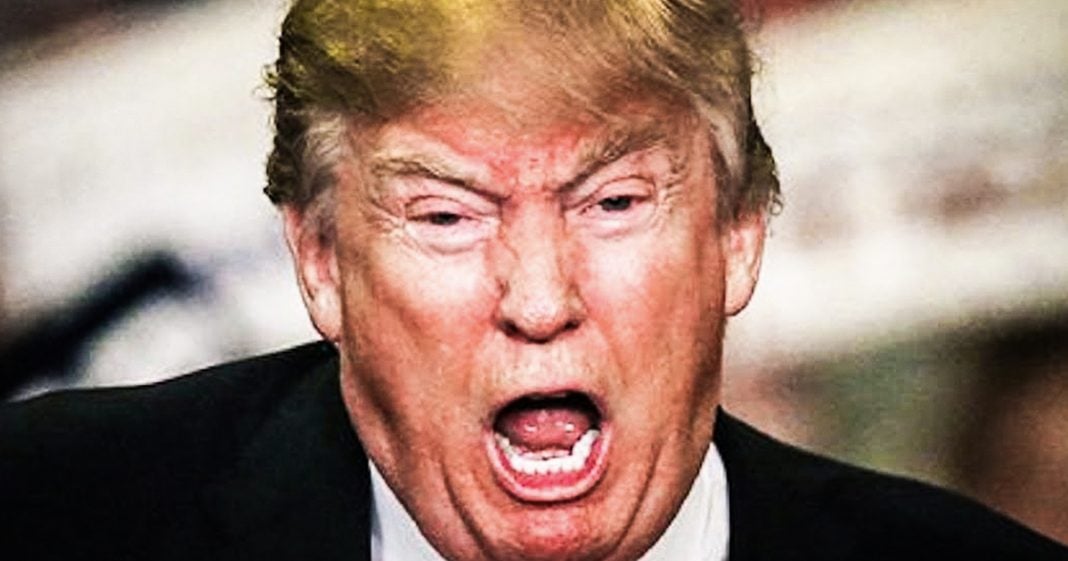 Donald Trump has always struggled with his poll numbers, but he really should be paying attention to what voters think. According to the latest round of polling, only 10% of Americans believe that Donald Trump received the message that was sent to him by voters in the midterms. If Trump doesn’t understand that he got spanked, he’s likely to face an even larger voter backlash in 2020, as Ring of Fire’s Farron Cousins explains.

Donald Trump clearly has some polling problems and no, I’m not just talking about is horrendous approval rating. What’s really worrisome for the president, or at least it should be if he were paying attention to these kinds of things, is the fact that a new poll shows that only 10 percent of people in this country think that Donald Trump actually got the message about the midterms, which means only 10 percent of people in this country think that Donald Trump understands that the midterms were a rebuke of him and his Republican policies and that he needs to make adjustments. This new poll shows that those 10 percent believed that Donald Trump does understand that he got his ass handed to them in the midterms and he’s making the necessary adjustments so he’s not so far right. The rest of the people in this country don’t necessarily agree.

In fact, the majority believe that Donald Trump either didn’t understand the message at all or that he did understand the message. He just doesn’t care. Now, here’s the thing. I firmly believe that Donald Trump doesn’t quite understand what happened in those midterms. And I’m not alone. Uh, several pollsters have also come forward and said, it seems quite obvious that Donald Trump doesn’t understand just how badly Republicans lost in the House of Representatives. Yes, they gained a few seats in the Senate, but in the house, they actually lost more seats than they had last since Watergate. So yeah, it may have taken a little while. It wasn’t obvious with even the first week after the midterms, but eventually that blue wave did come crashing down and not just that Democrats won, but that we got a lot of really progressive, talented and ambitious new democrats coming into the House of Representatives. That is what is so inspiring about it, but Donald Trump doesn’t understand that.

He doesn’t believe that any of these defeats were a rebuke of him or his policies. In fact, as he’s actually said throughout several of the special elections since he won the presidency, it’s because people didn’t embrace him enough. They weren’t latching onto the Trump brand because the Trump brand is a winning brand. So no, the president doesn’t understand that, that he lost or why he lost any likely never will. He’s not going to pay attention to these poll numbers, but they speak volumes about what the American public is seeing at this moment, and right now they’re seeing a president that’s either too aloof about the reality around him or that he knows realities there. He just chooses to not embrace it.