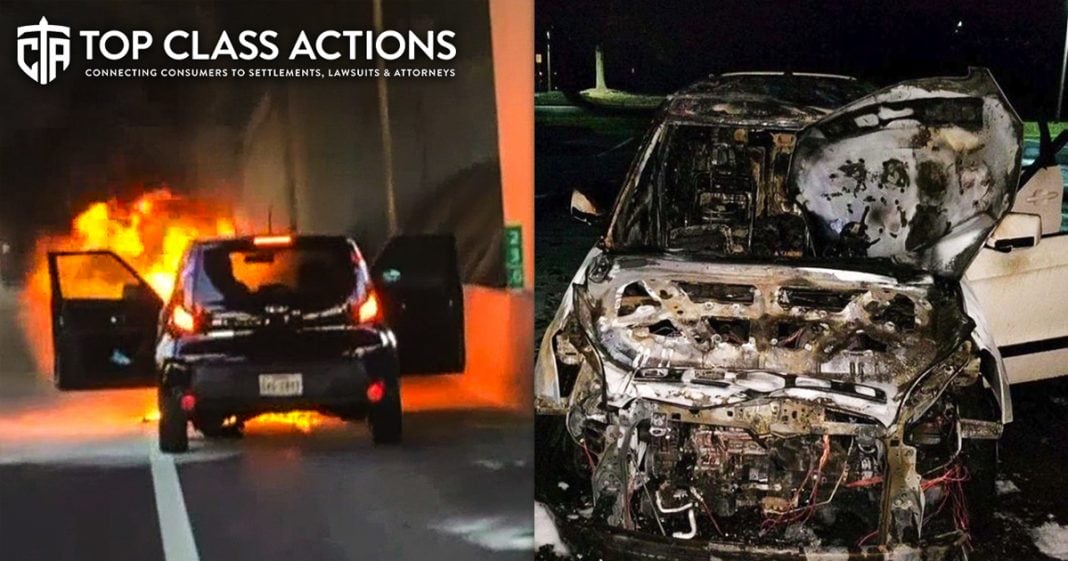 A major defect has been found in certain models of Hyundai and Kia automobiles. The defects involve direct-injection gasoline engines, and these vehicles are prone to malfunction and bursting into flames. The auto makers are now facing class action lawsuits over their deadly designs. Ring of Fire’s Farron Cousins discusses this with Scott Hardy from Top Class Actions.

Farron Cousins: There is another massive vehicle defect happening here in the United States that consumers need to be aware of. This particular defect involves engines and certain models of Hyundai and Kia vehicles. Joining me now to talk about what is happening and what consumers need to be aware of, is Scott Hardy from topclassactions.com. So Scott, you and I have spoken plenty of times in the past about automobile recalls, defects. Here is yet another one and this one has the potential to be an incredibly serious problem, you know, potentially fatal problem for consumers. Tell us what’s happening with these vehicles.

Scott Hardy: Sure. You know, we’ve got Hyundai and Kia, you know, major manufacturers of automobiles that are getting caught in this class action going back to 2011, for some of the models. And it’s a very severe defect where the fuel pump and actually some part of the fuel system could puncture the engine, leak fuel and have the entire car be set on fire. So this isn’t, oh my gosh, my car might stop working. This is a defect which could actually result in a catastrophic failure of your engine and endangering the life of you, other motorists and anyone in your car if your car catches fire because obviously a fuel leak is a major problem and so now the lawyers are going after, alleged that Hyundai and Kia knew about this defect, refused to fix it, and now they’re trying to clean up the pieces and you have motorists and people that actually bought these cars expecting a great deal, a great value, a great car, and now they might be unable to sell her car because of this manufacturing defect.

Farron Cousins: And you know, it’s really interesting because there’s been very few instances that we’ve ever seen really dealing with any kind of automobile defect where the manufacturer of the vehicle did not know that this defect existed. Or at the very least, someone along the supply chain. You know, maybe it’s where they bought the cylinders or whoever it is, the fuel injector pumps. Somebody along the supply chain new. Absolutely had to have known that this is what could or would happen to these vehicles. And as you pointed out, this is not just a, oh man, now my car is not going to start because the, you know, it’s a bad starter, no, this is, you could be driving down the interstate 90 miles an hour and suddenly there’s flames shooting out of the hood of your car because of this defect where the, it punched a hole in the fuel line or in the engine itself.

There’s oil leaking, there’s gasoline leaking. That is an emergency situation that consumers would really only have very limited time to be able to deal with and address to get themselves, anyone else in their car to safety. This is a massive problem. And these are hugely popular vehicles, you know, these are, you know, the smaller/midsize SUVs. You know, the Hyundai Santa Fe’s, we see those all over the place because they’re decently priced, you know, not too big, not too small, can fit all the kids and a couple of soccer bags in the back. And these are the ones among some others that are seeing this defect.

Many of them, as you said, are family vehicles or cars that you might buy for your kids as they go ahead and go on to college and they’re on the road. You know, you wouldn’t expect that your son or daughter might be driving to school and all of a sudden their car goes on fire. So it’s, it’s sad because any of these issues that we see, whenever you bring your car in to get work done at the dealer, a lot of times you’re going to have those, those mechanics, excuse me at the, at the dealerships and they’re going to go, yeah, I’m seeing this all the time. But unfortunately they’re reporting up the line. But the manufacturers have their hands over their ears and they aren’t actually reporting these things to get everyone fixed. They’d rather go ahead and charge the end user, say man, that’s a problem.

Make their money on it and instead of doing a full recall, getting all the cars fixed and making sure that things are safe for their buyers. You know, that’s why we have these class actions filed to catch these manufacturers in the act and make sure that they pay and compensate the buyers of their vehicles who have these defective engine parts.

Farron Cousins: And it’s really sad too because there’s a lot of consumers out there, I mean, I’d venture to say probably most consumers out there, when something happens to your vehicle, you don’t automatically think, ah, this was a defective product. I need to look into this. It’s more of a, oh God, I’ve got to, now I have to deal with a problem. Or maybe I hit that last pothole a little too hard, you know, whatever it is, they don’t tend to immediately go to that there’s a defect. The manufacturer did something incorrectly with this car, so they may not ever go out there looking to say, hey, did other people have this problem? You know, is there something I can join to get my money back for this vehicle that is now burnt to a crisp or I had to have a thousand dollars worth of engine repairs on it.

What can I do to make myself whole again? And that’s, you know, one of the great things about Top Class Actions is that you guys spell it out, all this information is right there for people. So they know exactly which models are affected. Which years. Most of these go from 2011 to 2019. So as you said, eight years worth of these cars that are hugely popular out there potentially waiting to burst into flames at any moment. This is a big recall and I encourage anyone that has one of these vehicles knows somebody with one of these vehicles, direct them to topclassactions.com because this is something they need to know about. This is for their safety and the safety of everybody else out there on the roads right now.

Scott Hardy: Yeah, make sure. See if your car is impacted by it. Call your dealer and don’t be surprised if your dealer says there, there’s, there’s no problem. Show them, share with your dealer, the link to Top Class Actions and this lawsuit and say, hey, just a heads up. This is coming and you might want to prepare for it because you’re going to have a whole lot of people that’ll be calling in concerned and worried about taking their families in their cars that they rely on because if their car is impacted by this fuel injection defect, you know, their family could be at risk and, you know, no one wants to go ahead and put their family at risk and unfortunately they probably won’t be able to sell the car the more press this gets because no one wants to buy a car that actually has this alleged defect.

Farron Cousins: Absolutely, and again, everyone, please check out topclassactions.com. There’s a link to this story in the description of this video. Find out which makes and models are effected and make sure that you or anyone you know or care about is not driving around in one of these without having it inspected to make sure they do not have this particular defect and while you’re on topclassactions.com, please subscribe to their newsletter. I mean, this is vital information that every consumer in this country needs to be aware of. Scott Hardy, topclassactions.com. As always, thank you for telling us this story and keep up the great work.

Scott Hardy: Thanks Farron, I appreciate your time.