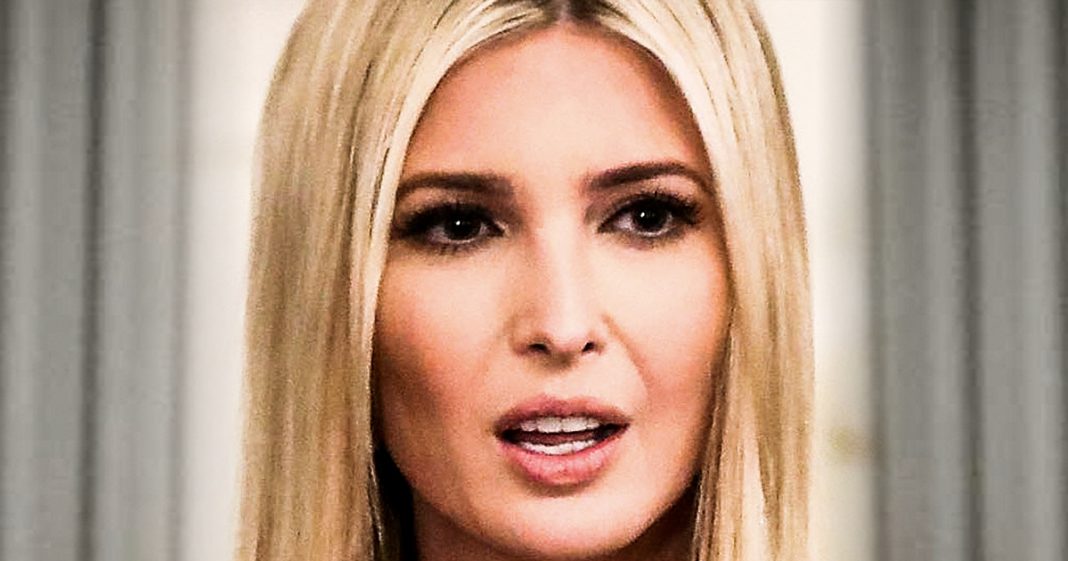 Ivanka Trump has found herself right in the middle of the inauguration spending scandal, as she personally acted as the go-between for the Trump organization and the inaugural committee. It may be time for Ivanka to lawyer up as the evidence that’s publicly available shows that she jacked up prices in order to bilk money out of the committee. Ring of Fire’s Farron Cousins discusses this.

We know they want to use our space because it’s got our name, so why don’t we just charge them more, or at least that’s what the allegations are saying. Ivanka, on the other hand says, no, no, no, no, no. I wasn’t the middle person. I just told the inaugural committee who to contact over at the hotel. That’s all I did. I had no, no role in any of this. I’m going to call bs on that because as we’ve found out with every other Trump scandal out there, the Trump family’s always at the center. These are people who do not abdicate control of anything in their lives. So the likelihood that Ivanka Trump actually handed off those price negotiation, uh, uh, duties to somebody else, pretty much zero percent chance that, that actually happened. Ivanka was the person in the middle. The documents suggested the emails from the committee to Ivanka to the, uh, Trump organization kind of already tell the story.

In fact, the inaugural committee was already so concerned about Ivanka jacking up those prices that they specifically told her and the Trump organization that you guys know that these are eventually going to become public. Right? They warned her that they warned her and everyone at the Trump organization, but they did it anyway. According to the allegations, what’s even worse is that one of the folks working for the Trump organization, understanding afterwards that, you know what, they’re right. These, these are going to become public records. If there’s ever an audit or a subpoena, we need to cover our tracks. So he actually started talking to donors and said, hey, just send your check directly to us, will circumvent the inaugural committee. This is massive criminal activity. If all of the allegations are proven to be true now, I’m pretty much required to say if they’re proven to be true, so as not to be slanderous. However, I think it’s very unlikely that any of this is just coincidence or that any of this is made up. There’s no chance in hell. Ivanka Trump seems guilty as hell in this particular instance. Why? Because all of the documents, all the emails, all the correspondence and all the interviews that have been done as part of this criminal investigation. Because yes, this is a criminal investigation. Now, all of it, all of the evidence points directly back to Ivanka Trump.