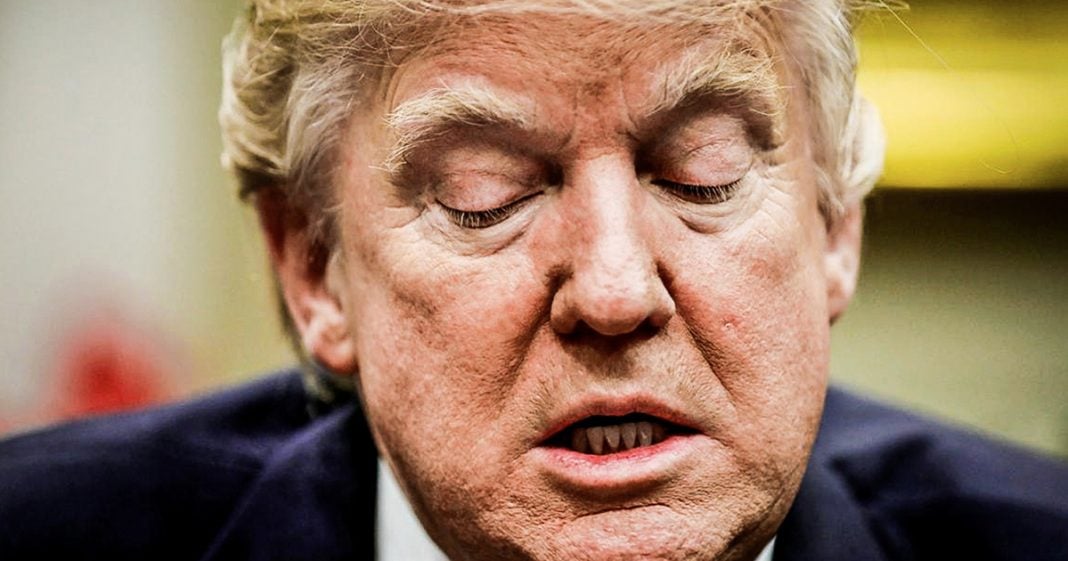 According to a new report by the Government Accountability Office (GAO), the Trump administration has been breaking federal rules by not “buying American.” Tens of millions of dollars have been spent buying products from foreign countries, even though rules specifically state that these government-purchases must be used on American-made goods. Will Trump’s supporters ever wake up and realize that this man does not care about this country? Ring of Fire’s Farron Cousins discusses this.

According to a new report by the Government Accountability Office, the Trump administration has routinely been breaking federal law by using government money to buy non American parts. According to Democratic Senator Chris Murphy, who released a statement along with this GAO report that he had requested the Trump administration has spent tens of millions of dollars through the Department of Defense, health and Human Services, homeland security and the va buying things that they could have bought in America, but instead chose to buy from overseas manufacturers. That is a direct violation of the Buy American Act. As Chris Murphy points out and thereby they are breaking the law by spending this money that could have been spent in the United States over seas. This is a pretty cut and dry case, although this is not the kind of thing that’s going to warrant a criminal investigation. Hell probably nobody is going to even be reprimanded for this and Murphy understands that. What he’s trying to do here is point out the hypocrisy of this administration of Donald Trump who has repeatedly been videoed, literally hugging flags, saying how much he loves America, and then when he’s given the opportunity to do something good for this country, he instead ship that money overseas just like he does with his own businesses.

This is not surprising in the least. What surprised me is how low the numbers actually were. I would expect it to be much higher than tens of millions, but again, that’s tens of millions of dollars that could have gone to US businesses to us workers, you know, trickled through the local economies where those manufacturing plants are. But instead he bought parts, aircraft parts, whatever it is, playing parts from overseas manufacturers. Even though we have plenty of folks here in the United States who make those every single day. That’s why the Buy American Act came to fruition because people were tired of the federal government spending money overseas rather than spinning it here and helping out our economy and our citizens and our workers. But Trump doesn’t seem to care for him. It’s all about how he can get the most for his money and apparently it’s a little bit cheaper to ship tens of millions of our tax dollars to overseas manufacturers than spending it here at home. This man does not care about the United States. He cares about money and that is the point that Chris Murphy, even though he didn’t say that, that’s still the point he is trying to make. He is trying to show Donald Trump supporters that at every possible turn, this man, Donald Trump has been given the opportunity to help American workers and not one single time has he ever jumped on that opportunity and done the right thing. And the reason for that is because nothing will ever be more important to Donald Trump than money.