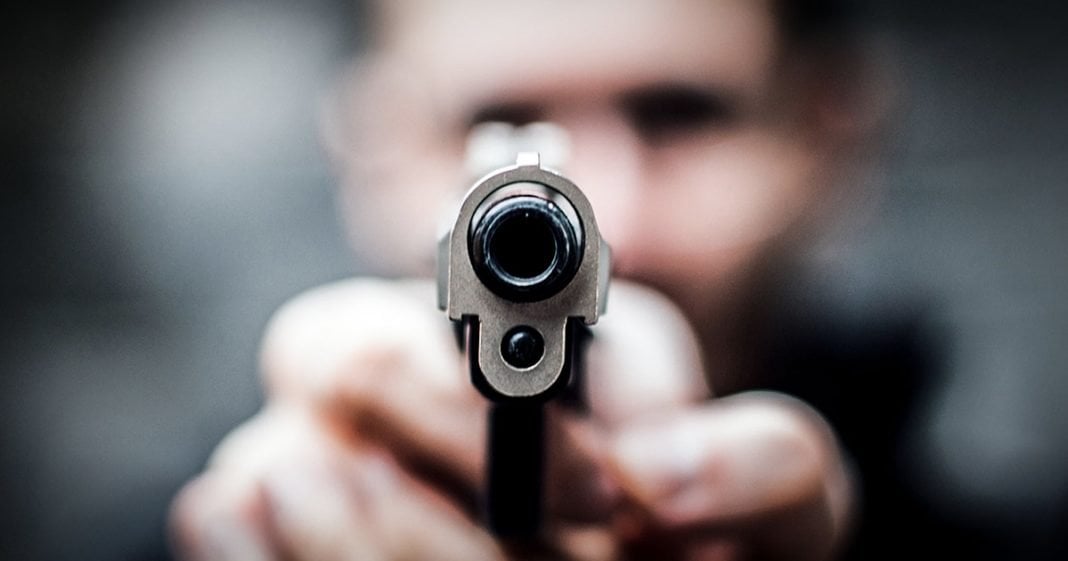 The CDC has released some shocking new statistics about the number of gun deaths in the United States, and the number of people killed by guns each year now exceeds the number who die in automobile accidents. This is an epidemic that is growing out of control at an alarming rate. Something has to be done, but our leaders in Washington have so far been completely unwilling to take action. Ring of Fire’s Farron Cousins discusses this.

According to recently released numbers from the Centers for Disease Control and prevention gun deaths in the United States in the year 2017 hit 40,000 last year in the United States, roughly 40,000 people were killed by guns. By contrast, 33,000 people were killed in automobile accidents, so gun deaths, even though guns are less prevalent than automobiles, guns are now killing more people each year than car accidents. Fourteen thousand 540. Two of the deaths were murders. Twenty 3,854 were suicide. The remaining, we’re what’s considered accidental shootings.

We have roughly 109 people in this country dying every single day from guns. I know they say guns don’t kill people. Kill people, kill people, but these new statistics show us, prove to us without a doubt that more guns is more death. Cities that have more guns have higher rates of gun deaths. Countries like the United States that have more guns, have more gun deaths. Countries that have less guns have fewer deaths. It’s really not rocket science folks. It is absolutely clear as day black and white. Our obsession with guns is killing 109 people every single year and we’re not doing anything about it. You cannot by any stretch of the imagination, prevent every death in any country by any costs. Certainly not even guns, but what we could do was make it a little bit more difficult for the bad people to get their hands on these things.

You know, maybe go through some kind of mental health screening process before you go out and get to buy an ar 15 maybe, I don’t know, shot in the dark. There seems like that would be a good idea that even the most ardent gun owner would agree with. Because here’s the thing, nobody’s talking about taking away people’s guns. We’re talking about preventing the bad people in this country that you love to fear so much. We’re talking about preventing them from getting their hands on weapons and I know the conservative nra talking point is that will you. If you outlaw them, then they’re still gonna find a way to get it. Yeah. It’s going to be really, really hard to do though. You know, go up to the average human being on the street and ask them to go buy a black market gun. Do you think they’re going to have any idea how to do that?

Do you think they have the connections? Yeah, that’s an absolutely absurd and ridiculous talking point, but it’s what the NRA uses and tells Republican politicians to use to continue feeding our gun habit because the more guns that are bought, the more money the NRA makes. And here’s this another startling statistic. The majority of members of the NRA actually support stricter gun control measures. The majority of the public supports it. It’s only a handful of folks who don’t think we need anymore regulations or shouldn’t make it a little bit longer, a little bit harder to get your hands on a weapon of death, and most of those people unfortunately having to be on the payroll of the NRA, either directly with the organization or as a member of Congress, just gladly taking their money. People like Marco Rubio, something has to change. The number of gun deaths in the United States is increasing by the year.

It’s risen by 11,000 per year, just in the last 20 years, 20 years from now, what are we going to be looking at? 200, 300 people dying every single day just because of our nation’s gun fetish. That is unacceptable. Something has to change and one of the first things that has to change is that the NRA has to be shut down and defunded. We already know that they’re basically taking money from hostile foreign countries who are basically using them as a tool to control United States politics. So yeah, the first step that needs to happen is take down the NRA because they are a criminal organization and once that happens, it’s going to amaze you how fast we can actually make some positive change in this country without stepping on anyone’s second amendment rights.