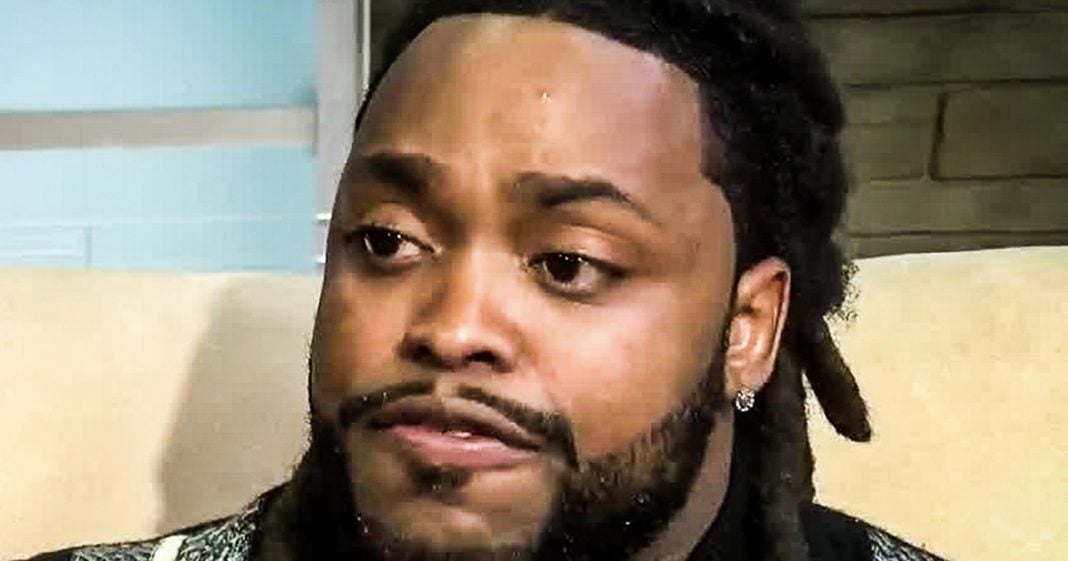 An African American man in Ohio had the cops called him while trying to cash his paycheck because the bank tellers believed that the check amount was too large. In spite of the fact that the man gave two forms of ID and a fingerprint, they still didn’t believe he should be making that much money so the police were called. This country is far more racist than most people realize, as Ring of Fire’s Farron Cousins explains.

In the United States today, it is apparently now illegal to bank while black. Here’s a story that happened earlier this week. African American man in the state of Ohio, man by the name of Paul McCown’s, had a new job. He just started recently, walks into a bank with this paycheck, tries to cash the check, provides them with the two forms of Id that they requested and gave them a fingerprint. He just wanted to cash a check and they ran it through the system and said, you know what, something doesn’t smell right here. We don’t. We don’t like this. This is too much money. So they tried to call his employer and asked him if he was in fact paying this African American man a little over a thousand dollars for work that he had done that that’s not that much in terms of a paycheck, but still they thought that was too much money for this black man who walked into their bank to have so they believed after they were unable to reach his employer, they thought it was fraudulent.

They thought he forged this check even though we’d given them the ID, the fingerprint did everything right, and so he takes the check and says, okay, well I’m going to go. Didn’t cause a scene, didn’t get upset, just walked out of the bank and when he got into his vehicle, there was already a cop car there waiting for him because while the bank was telling him they’re not going to cash this check because it’s too high for a black man. They had called the cops. The man was handcuffed, placed inside the cop car, and then thank God the cops were able to reach his employer who verified, yeah, he works for me. Yes, I pay him that much. What’s the problem? So the cops let them go. The next day he went to a different bank and was able to cash the check. No problem.

This is racism. You know the bank Papalo guys. They said, Oh God, we’re so, so sorry sir. See what’s happened is we’ve had 11 cases of fraud over the last few months and so we’re just hyper vigilant. That was their excuse for hypervigilant because there’s been so much fraud. No, you have embedded racism in you. That’s what happened. Now, I’m not saying that any of these tellers are overtly racists, that they’re going out on the weekends and putting all their white hoods and burning crosses. I don’t think that at all, but I do think that this story highlights a major problem in the United States is that we have too many people who are racist and don’t even know it, and I think that’s what happened with this bank tellers. They are inherently racist people, but deep down, you know that’s something they do hold. They may not have known it was there, but they saw black men come in with a check for a little over a thousand dollars.

I told him, this is too much money for a guy like you were the cops. That is a deep seated, embedded racism that this country has to address. You know, it’s bad enough that we have the overt people out there that feel empowered under this administration, but the rest of us have to look inside ourselves and realize we’re not that innocent either. You know, maybe you’ve gone a little over to the side of the street one time while walking because there was a black person coming the other way and maybe you thought a person looks scary.

That’s embedded racism. You may not be a racist, but that’s what that is. It’s that inherent bias that people unfortunately still hold and we have to move past that. We have to get over it because if we don’t, we’re going to continue down this path to where every time a black person in the United States tries to do something, whether it’s cash a check, whether it’s sell lemonade, go to a community pool, we’re going to end up calling the cops on them every time ruining their lives, embarrassing them, terrifying their children and proving to them that we’re still horrible, racist people. We’re not. We shouldn’t be, but I still think too many of us are, and that’s something we have to work on. It’s not their fault. It’s not the fault of the African American community that is 100 percent on the rest of us and we’re the ones who have to address it and. Correct it.