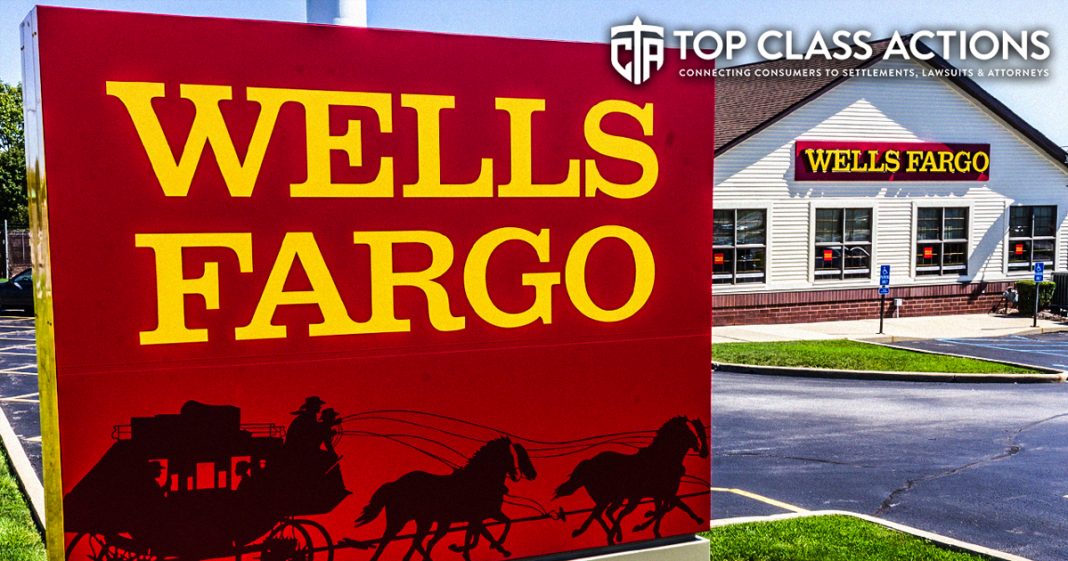 Banking giant Wells Fargo is now facing a round of class action lawsuits after they improperly denied mortgage modifications to homeowners, which ended up resulting in the foreclosure of those homes. The company is blaming a “computer glitch” for the troubles, but the fact seem to point to malicious intent from the company. Ring of Fire’s Farron Cousins discusses this issue with Scott Hardy from Top Class Actions.

Farron Cousins: Banking giant Wells Fargo is once again on the hot seat as they found themselves many times within the last decade. This time for denying people loan modifications, which then resulted in these people having their homes foreclosed upon. Well, as it turns out, the information used to deny those people, those loan modifications, was completely fraudulent. Those people did qualify for the modifications, didn’t get them, lost their homes anyway, and now Wells Fargo is telling us, oops, this was just a computer glitch.

Joining me now to talk about the lawsuits that have resulted from that alleged computer glitch is Scott Hardy from topclassactions.com. Scott, this is amazing. I got to say a computer glitch that only seems to affect low income people who have loans through Wells Fargo. I mean, you look through the data, there was not a single well to do person that had this modification request denied. That seems like one hell of a computer glitch, doesn’t it?

They’re sending it a third time and then these things are still happening do to a computer glitch that the modifications denied and therefore closed upon and they lose their house of their dream. And you know, it’s insulting in this class action where the plaintiffs said, well, yeah, Wells Fargo said, oops, sorry, our bad. Here’s 15,000 bucks. $15,000, you took their house. How does that help them? What kind of relief does that do? When Wells Fargo received $6.4 billion in funding to make these things happen.

$6.4 billion to go ahead and help people get to keep their houses and not lose them. Make these modifications happen and Wells Fargo couldn’t even do that, but of course they’re doing great. The average person who lost their home, I’m sorry, here’s 15,000 bucks, go away.

Farron Cousins: Right. And what’s interesting about this, and people have to understand, it’s not that Wells Fargo, oh, we didn’t want to modify their loans, you know, they got themselves into this mess and no, no, no. They were legally required. They received federal funding to help people with loan modification so that they didn’t get foreclosed upon. Now these are people who could have been victims of the great recession. Maybe there was a job loss where, you know, for a few months the income and the family was reduced.

They had to take a job that didn’t pay as much. Whatever the situation is, they 100 percent qualified for this. Wells Fargo was given money by the government to make it happen so that we didn’t hit another housing crisis like we did in ’08 and they’re telling us now that, oh yeah, a computer screwed up. So even though we’ve got your $200,000 house, here’s $15,000. Hope that makes us even at this point. Oh heck no. Heck no, I mean this story is infuriating to me, especially coming, you know, it’s been 10 years I guess since the housing crisis, but to lot of us, it feels like it was yesterday and Wells Fargo is leading us down that same path.

Scott Hardy: It is, and it’s really surprising here when Wells Fargo admits that they denied loan modifications to 870 borrowers. Now 870, as we all know that’s going to be a drop in the bucket. When they actually foreclosed on 545 borrowers that they’ve admitted to and that’s one of the reasons that these class actions are filed. During the discovery process, the attorneys are going to dig in to Wells Fargo and try to find out who else was impacted.

Because to think that it’s only 870 borrowers and 545 people that were foreclosed on 545 families who lost their homes due to this computer glitch. I think that we’re going to see a whole lot more people that were impacted by it and that these people are going to hopefully get some kind of larger compensation for Wells Fargo trampling their dreams of owning a home because once they got foreclosed on, you can’t go out and buy another house. Even if you have the money, you’re going to pay exorbitant interest rates and Wells Fargo isn’t doing anything to address that.

So hopefully the class action and the attorneys that are working this will make sure that the people that were impacted by this computer glitch, so they say at Wells Fargo, there’ll be able to get some kind of compensation and fulfill their dream again of owning a home.

Farron Cousins: Right, and I think that’s a very important point. You know, it’s not just bad enough that these people, you know, 500 some odd people lost their homes. It’s not just the fact that Wells Fargo who also got that federal money for the HAMP program, that they get those homes and now they get to sell them and they get the profit off of that. Probably to the tune of no less than I would imagine $50 million dollars off the top of my head based on, you know, an average home value of roughly $100,000 depending on location, 500.

Probably a lot more than that that they’re going to pocket from and that doesn’t even begin to talk about the fact that these people had their credit destroyed. Their ability to go buy another home, destroyed. If you have gone through foreclosure, if you have gone through bankruptcy, your chances of ever again qualifying to purchase a home or at least a home that you would want to live in.

I mean that gets reduced down to about 10 to 20 percent and Wells Fargo did this to these people who did not deserve it. And to me, that’s one of the sickest parts of these stories because even if these people do recover something bigger, you know, in a big settlement, which it will eventually happen. We know this, we have seen stories like this. Eventually that bigger settlement is going to come. It’s going to make these people whole to the extent that it can, but there’s still that part in the credit monitoring, credit reporting, all of that, that there’s nothing that’s going to be done that can fix that.

Scott Hardy: Yes, exactly. That’s even if they get a check in the mail, they’re still going to have to suffer that and even if they get the paperwork from Wells Fargo saying, yes, we’re sorry, yes, it was a problem and they should not have been foreclosed upon. It’s still going to be a nightmare if they could even get a house with all of that paperwork and with that foreclosure forgiven on their credit. Who knows what’s going to happen for them. But we’ll see. The class action attorneys are going to kick butt and work their butts off to try to get some justice for these victims of this computer glitch at Wells Fargo.

Farron Cousins: I think as part of any settlement, these lawyers should also consider having a judge rule that Wells Fargo would be the company that is now would now be forced to give these people home loans at, throw out a ballpark number, no more than one and a half percent interest. I think that would also be a good punishment for Wells Fargo since it’s going to be hard for these people to go to another bank. Wells Fargo screwed them up.

Wells Fargo can eat the cost of having to do a new mortgage at a very, very, very low interest rate and that is the least they can do on top of a financial settlement. But if you believe that you have been wrongly foreclosed upon, please follow the link in the description of this video to topclassactions.com. While you’re there, also sign up for their newsletter.

I say this a lot, but it is so important for American consumers, whether it’s banking crimes, faulty products, products liability, dangerous drugs, whatever it is, Top Class Actions is the only place I have found that is 100 percent on top of all of the issues that matter to American consumers. Scott Hardy, topclassactions.com. Thank you for everything that you do and everything that your group does on a daily basis. Thank you very much.

Scott Hardy: You’re welcome Farron, thanks for your time.