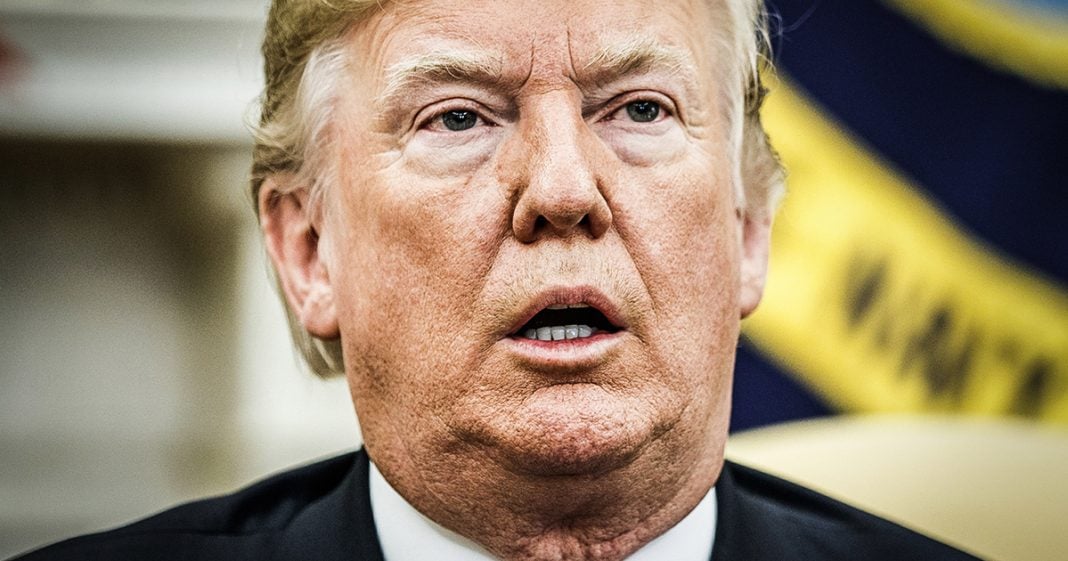 Donald Trump went on an odd rant this week on Twitter, complaining that the social media network is somehow shadow banning him because his tweets aren’t getting as many “likes” and “shares” as they used to, and because he’s losing followers. This is the president of the United States, and his biggest concern is his Twitter follower count. Ring of Fire’s Farron Cousins talks about this and why it just proves further that this man is not fit to be president.

Donald Trump is sad. Donald Trump is sad because he’s losing Twitter followers. He’s not getting as many likes and comments and shares on the things that he is tweeting about and he believes that there is a grand conspiracy taking place amongst social media giants and search engines in the United States to suppress his tweets. Here is what the president tweeted out on Tuesday of this week. Facebook, Twitter and Google are so biased towards the dims. It is ridiculous. Twitter, in fact, has made it much more difficult for people to join at real Donald Trump. They have removed many names and greatly slowed the level and speed of increase they have acknowledged, done nothing. The president of the United States of America has nothing better to do with his time than bitch about the fact that he is losing Twitter. Followers now look, hey, I understand, but I get it, but I’m just some schmuck who does videos and talks about politics.

You know, I, I like followers. I get unhappy when I lose some, but it’s not the most important thing in my life. Hell, it’s not even actually an important thing in my life at all. I have bigger things to worry about, you know, medical bills, car payments, car repairs, you know, getting my kids to school, making sure I have the money to pay for their daycare. Those are real concerns that real people, not just me, but people all across this country, tens of millions, hundreds of millions of us face every single day, but you as the president of the United States, basically the dude in charge of all these problems that we’re all experiencing. Your biggest concern is that not enough people are liking your tweets and Twitter is somehow shadow banning you and that’s what you think is really important to focus on in the United States today. Thirty percent of people in this country are delaying healthcare treatment because they can’t afford it.

Thirty percent gun deaths in the United States have now reached the point where 109 people every single day are dying from being shot. Opioids are killing over 120 people every single day, every single day. In the United States, drug costs are through the roof, infrastructure is crumbling around everywhere and the president of the United States can think of nothing better to do with his time than cry about the fact that he doesn’t have as many Twitter followers as a use to. There is no grand conspiracy amongst social media giants or search engines or youtube or whoever the hell it is. There is no grand conspiracy to intentionally suppressed conservative voices. What happens from time to time as just happened on Youtube across the board is that they go through and they purge. Inactive accounts happens on Youtube. It happens on Twitter. It happens on facebook. If that account is no longer active, it will be purged, so sometimes, especially people with lots and lots and lots of followers, they can lose 100,000 followers in a day or over the course of a week is more and more get purged. It’s not because they’re punishing you, it’s because those accounts don’t work anymore, but don’t try to tell that to the president because in his warped delusional brain, all of these tech giants are conspiring to make sure not enough people like his tweets to feed his ego the way he needs it to be fed.