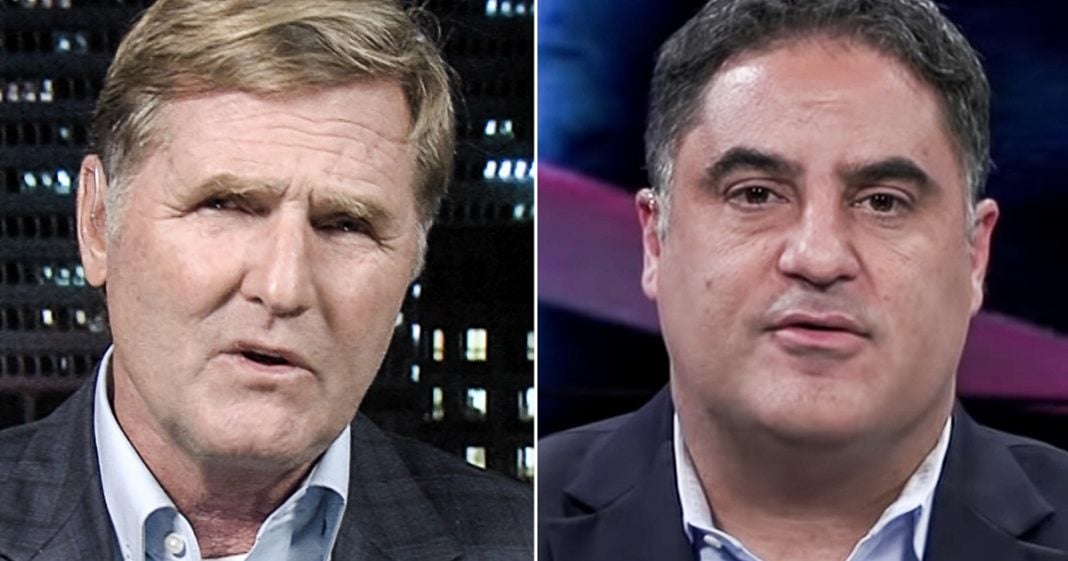 According to reports, the FBI has been spying on environmental activists. Ring of Fire’s Mike Papantonio and Cenk Uygur, of The Young Turks, discuss this issue.

Cenk Uygur:
Now let’s talk about another story that came out recently about the FBI apparently keeping files on climate change protestors, and so Mike Papantonio does Ring of Fire that’s on the TYT Network. He does several different shows, so he does the news all the time, and he cares deeply about these, and he’s progressive. That’s why I’m asking you about it. So Pap, what did the FBI do here and how concerned are you?

Mike Papantonio:
Well, well we’ve learned in the last few weeks is that the government hasn’t stopped spying on citizens since the 1940s. You know, Truman came out with what he called, I believe, the shamrock project in 1947. It created, in the NSA, the ability to spy on Americans. The only thing that’s changed since the ’40s is we’ve stopped paying attention to the problem.

Right now, the FBI, CIA, NSA, and all of the other spy agencies in this country are treating environmental activists. That’s where this is really going. Environmental activists are under heavy pressure. It’s as if they’re terrorists. I mean, we’re talking about people being spied on an Iowa peaceful, civil disobedience taking place in Iowa. Bill McKibben, who you’ve interviewed, I think a couple of times. Bill McKibben has led the charge for climate change. He’s the only guy out there that’s really, really willing to push the limits and civil disobedience, but he’s a target. That’s actually the word that the agencies use is terrorists. That’s what they call these environmentalists who were engaged in peaceful, civil disobedience according to the documents that we’ve released. The problem is very real.

If you’ve ever shown up at a pipeline protest, which you have, I remember you being right in the middle of the protest. Your name, I can assure you, Cenk, you are on their watch list, a climate march or engaged in any kind of activities that might make the world a better place. There’s a good chance that you’re probably going to be followed by some of those intelligence agencies, and you know, when you were out there, you probably had a sense that that was going on, but now we have the documents, Cenk. We didn’t have the documents before. We had supposition. We knew about the Frank Church hearings, right? We knew that in 1975, Frank Church found the FBI and the NSA actually spying on American citizens, spying on Martin Luther King, spying on Mohammed Ali, spying on Seymour Hersh because of their activities that was contrary to governmental interest.

So the church hearings haven’t changed any of that and we knew about the Frank Church hearings, but I think we forgot about what Frank Church found out in those hearings; that these agencies had been monitoring citizens a warrant for decades, and here we are, decades later, finding out that the domestic spying programs really never stopped. In fact, they’ve become more sophisticated. So I think that’s something that people, you know, we too easily dismissed this idea that it’s okay to spy on us, but when you have environmental activists or civil rights activists that are out there trying to make a change, and we realized the government feels that they are terrorists, that’s a pretty serious indictment of democracy.

Cenk Uygur:
And at the same time they deemphasize the FBI tracking extremist, right wing groups, who actually oftentimes have done terrorism in America. Actual terrorism. Well, I mean to blow up buildings, murders, shootings, etc. And so the priorities are all screwed up. So last question about that, Pap, is it sounds like that’s another case of, in a sense, corporate capture, right?

Mike Papantonio:
Well, yes it is. It’s the modern Pinkertons is what is what we have here. We have these agencies that have become an extension of corporations. It’s hard to really put your arms around that, but they’re out there because Exxon doesn’t want what’s happening to go on. DuPont or Dow or whoever it is, they have access to senators and representatives and agencies that they can get them all chummed up on the idea that we got to do something about these people, and unfortunately that is the norm. That’s the new norm. If you think back to the Pinkertons in the ’30s and the ’40s, all they were were an extension of corporate America. We had to stop the unions. They were actually franchised to a great deal by the American government, so there’s really no difference here. It’s just that we haven’t paid attention to it.