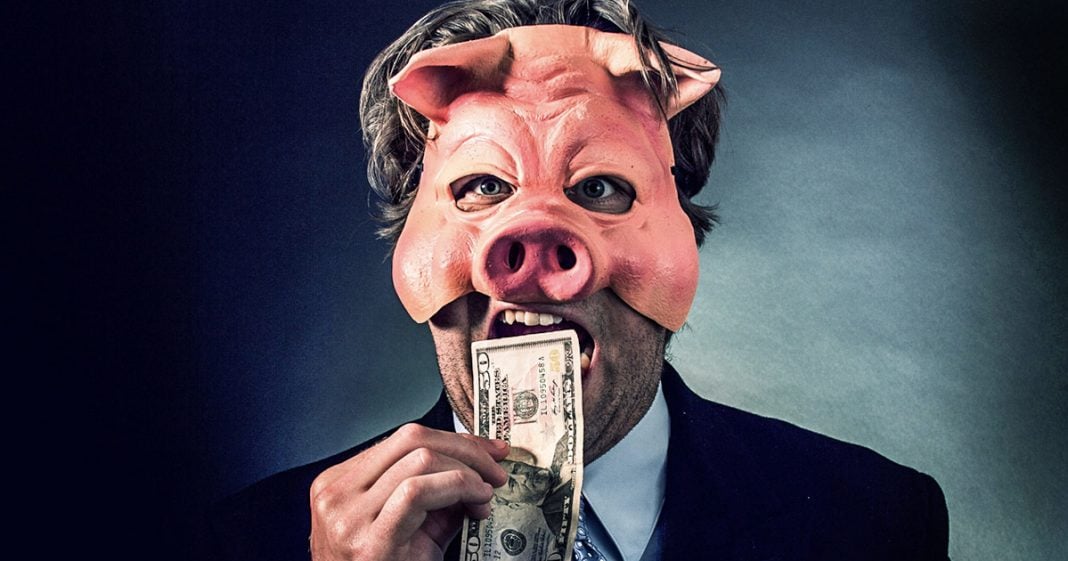 It was announced recently that a bankruptcy court has approved a $25 million bonus package for the executives who bankrupted Sears and Kmart, while offering absolutely nothing to the thousands of people who are losing their jobs. These executives destroyed companies that had been standing for decades and they get millions of dollars for doing so. Ring of Fire’s Farron Cousins explains how this failure of capitalism plays out on repeat all the time in America.

Recently a bankruptcy judge heard from executives at a Sears and Kmart, same company at this point, um, were the executives and their lawyers argued that even though these stores are bankrupt, we’re going into bankruptcy, we’re shutting them down. We should still be allowed to pay our bonuses of $25,000,000 to executives and shareholders with these companies. By God. These people deserve that $25,000,000 even though yet they destroyed these companies that have been around for decades. I mean health. Sears is older than most people in this country and these guys were so bad at it that they couldn’t keep a company running that had been in existence for decades, probably decades before they were even born. They bankrupted it, destroyed it. Stores are closing left and right, and now they want $25, million dollars for doing that. Same story with Kmart. Sears owns Kmart, and so that was part of the bankruptcy liquidation and chapter 11 and all of that.

These stores are going to go out of business. Thousands of people in this country are going to lose their jobs and instead of saying we’re going to take money out of that pot, you know, out of your bankruptcy pot and give it to those employees to make sure they get a good severance or that they can get good benefits for a few months while they find a new job. No, the bankruptcy judge said, you know what executives? I agree with you. I think these wealthy people who destroyed these companies because they’re so bad at business, deserve another $25,000,000 and this ladies and gentlemen is the biggest failure of capitalism because this isn’t just a story that happened with Sears. This happens with companies all over the country. Every single year people come in, hedge fund managers, typically they buy up a company, buy up the real estate, charge them out the Wazoo.

These companies end up going bankrupt. They have to shut down all their stores across the country, but the hedge fund managers get huge bonuses for destroying these companies. Same thing that happened with Toys R Us David Dayen has done a phenomenal investigative piece on this. Actually, a year or two ago where he explained how this little scam works and that to me is one of the biggest failures of capitalism here in the United States, that we reward failure, that we give ceos who can’t run a business tens of millions of dollars for no other reason than they’re called a CEO. They have no talent, they have no vision, they have no direction, and yet they get tens of millions of dollars while we have teachers in this country giving a brighter future to students all over the place, inspiring them, teaching them, educating them, and they’re having to take second jobs because they can’t pay their bills.

The real heroes in this country are not sitting in board rooms. They’re not a corporate shareholders and their name isn’t followed by the title chief executive officer. They’re standing in classrooms. They’re standing in courtrooms arguing for consumers. They’re first responders and there are people who are out there every day trying to do the best they can to provide a better life for their family and their friends, but they’re damn sure not sitting in board rooms yet. Those are the people who get the biggest rewards because capitalism in the United States as it is right now, is a complete joke.