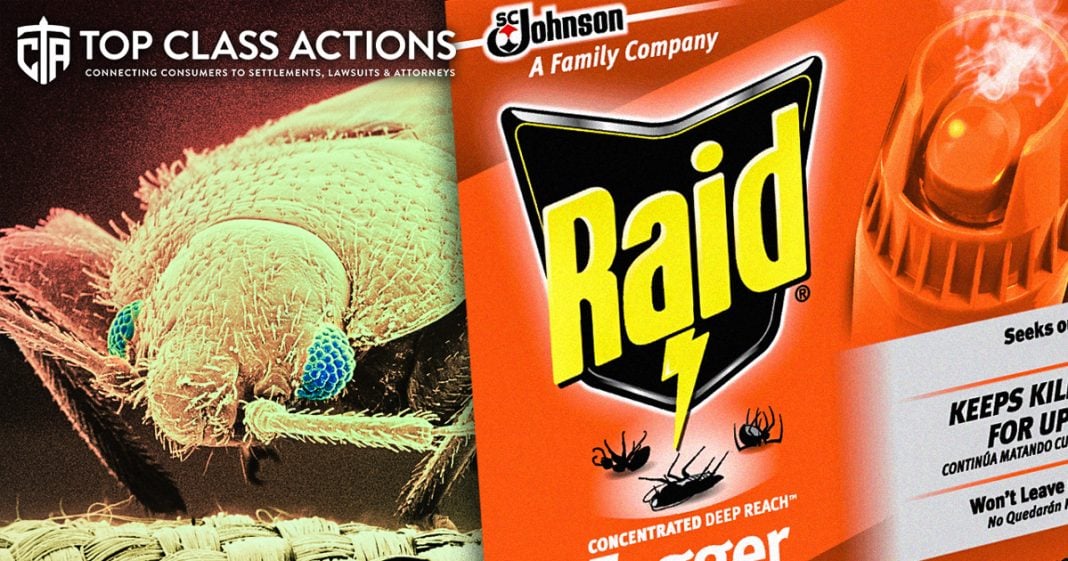 For consumers plagued by insects entering their homes, they want relief and they want it fast. But many of the products on the market available to consumers don’t work as advertised, and a new class action suit claims that some of the most popular brands of insecticides are actually completely worthless. Ring of Fire’s Farron Cousins discusses this issue with Scott Hardy from Top Class Actions.

Farron Cousins: Most Americans may take for granted the fact that if they see insects around their house, they can pick up the phone, call the exterminator and have them out within the next day or two. Pay $100, $150, whatever it is, but you’ve solved your problem. And the reason I say we take that for granted is because a lot of people here in the United States cannot afford such a luxury and yeah, that is actually what that is. Instead they’re forced to rely on what you can pull off the shelf, the shelves in your supermarket, cans of Raid, foggers, whatever it is that is their insect control and if these products worked as advertised, they would do a decent enough job of keeping these people in homes that were bug free.

But as we’re finding out now, that’s not actually what these products are doing and in fact some of them may actually be completely worthless. Joining me now to talk about this is Scott Hardy from topclassactions.com. So Scott, we’ve got this issue right now with the Raid insect fogger. It’s supposed to, you know, you set it up in your house. Everybody leaves, obviously this is toxic. You push the thing, fogs the area, fogs the room, fogs the attic. Wherever you have, it’s supposed to kill all the bugs. You’re home free. Not even close to what’s happening with this product is it?

Scott Hardy: No, not even close. You know, you have this vision of this magic fogger, you know, like you’d see where people are tenting their houses and you know, you have the fog in there and it goes into every single crevice and crack and that fog kills any bugs that are in there. But unfortunately that’s not the way these things work. These are just residential, you know, like as you said, you buy them off the shelf, you pop the cap, you kick that fogger on, it sprays a bunch of mist into the air, and then that mist just settles down on the floor. Doesn’t go in any cracks, it doesn’t go in any crevices.

So, and you know, bugs typically aren’t just hanging out there, sunbathing, hoping for you to go ahead and kill them. So they’re not effective for the delivery method, and then on top of that, what we’re finding and what the science and these lawsuits is finding is that bugs and roaches are building up a tolerance to the pesticides used within these foggers. Now more than 50 million foggers a year are sold and people are thinking that if they have a bug problem, they can pop that cap off, use it in their room, and voila, the bug problems gone.

Farron Cousins: So right now I guess kind of were just creating these superhero bugs that can withstand these toxins. And that’s the problem. And we see this with antibiotics too, I know this is a different issue, but at such low doses as you would get in a fogger because it spreads it out in a huge area. The bug gets a little bit, it doesn’t quite kill, might make them kind of, you know, weird or jumpy for a day or two, but then like a human would you get better.

So the next time they’re exposed to it, it’s not going to do as much damage and they do, they build up this tolerance, this resistance. They breed. There’s a chance that we could be breeding, in effect, these new kind of superbugs. That it’s going to take a little bit more toxin to kill them, much like with antibiotic resistant bacteria in the human body.

So I want to hit back on the point I made to start this. You know, because this was mentioned in a New York Times article actually about how ineffective these products truly are, is that they prey on poorer communities. You know, it’s not the people in the gated communities that are going out there and buying up these foggers trying to deal with their insect problems. These are low income people typically.

A lot of times elderly folks use these and they’re the ones who are being scammed out of this money that this class action says these products, most of them, a lot of them, completely worthless. I mean that’s what it says. Completely worthless. I, that’s something people need to know about, and I was shocked to see that the New York Times had done a story on this because typically these kinds of consumers getting screwed over are the stories that the media just glosses over and says, oh, we’re not interested in that.

Scott Hardy: Right, right, and it’s really sad because you’ve got these people that are living paycheck to paycheck and they can’t afford, as you said, they can’t afford to get their pest guy out there once a month and spraying everything to kill these bugs. All they can do is maybe once or twice a year, go ahead, hit the store and get these foggers and hope that it works. Hope that it kills these bugs and gives them some relief, but it doesn’t.

And that’s what we’re seeing here. And I actually remember, I had mentioned something like this to my pest control guy, and he had said, yeah, those are crap, they don’t work. That’s what I’m here for. But if people can’t afford to have that happen, to have that service come and take care of their house, this is what they depend on and these foggers are what they depend on and they’re just wasting their money.

They could be putting that money somewhere else or maybe saving all that money that they’re using spending on these foggers to bring in somebody once a year. But they’re trusting Raid. They’re trusting one of the biggest names in the bug elimination in the industry and it appears from this class action they may not be delivering.

Farron Cousins: Absolutely. If you have purchased any of these products, if it didn’t work, if you’ve got issues with it, please follow the link in the description of this video to topclassactions.com. Find out all of the information that you need and also there is a link in there as well on Top Class Actions to the New York Times article, so you can get even more information about this.

This is not just a localized, oh, a couple people, no. This affects 50 million people in the United States. So if you’ve purchased one of these, again, follow that link and get all of the information that is available on topclassactions.com. Scott Hardy, thank you very much for telling us this story and for always looking out for American consumers. Thank you very much.