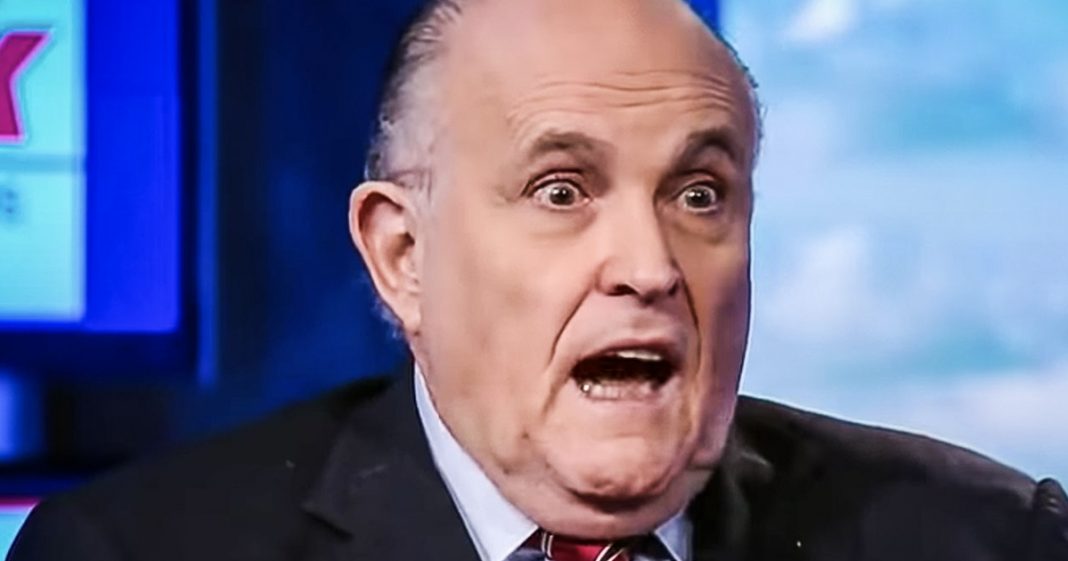 During an interview with ABC News this weekend, Rudy Giuliani admitted that his client, Donald Trump, has not been completely honest about his involvement in the payoff to Stormy Daniels, but Giuliani quickly said that his lies were completely ok because he wasn’t under oath. Giuliani apparently believes that it is ok to lie as long as you aren’t doing it illegally proving what a horrible human being he truly is. Ring of Fire’s Farron Cousins discusses this.

On Sunday, Donald Trump’s lawyer, Rudy Giuliani, appeared on ABC news with George Stephanopoulos to talk about Donald Trump’s increasing legal problems. Uh, Giuliani though throughout the interview seemed to suggest that yes, Donald Trump has been lying this whole time about the payments made to stormy Daniels. What he knew when he knew it, and if he was even involved as it stands right now, Trump has changed his story about half a dozen times. The latest is that hell yeah, we made the payments. It’s just that that was a private transaction, you know, person, a paying person, be some money for no particular reason whatsoever. So they’re not even denying that the payments took place in Trump’s not even denying that he knew had happened. So Giuliani is having to go through and play cleanup because he’s, he’s doing his best to not be the worst lawyer in the country, but he’s still failing spectacularly.

Because during the interview with George Stephanopoulos, he told him that, yeah, Trump story has changed a lot, but he wasn’t under oath when he said any of these things. So it doesn’t matter. You know, he can lie to the public as long as he’s not lying under oath and everything’s cool at that point, right? No, no. Rudy, no. Do you realize that everything your client, Donald J Trump says on Twitter, says in an interview that can all be used against him because it’s all about credibility. So when this thing, if this thing finally goes to a trial and the prosecutors would easily be able to prove that, look, he lied here, here, here, story changed. Story changed. Story Change.

That’s not going to bode well for you. Your interview with George Stephanopoulos where you say that it’s okay for him to lie because he wasn’t under oath. That’s not going to bode well for you. You’ve destroyed your own credibility as well as the credibility of your client. I mean, this is legal malpractice at its finest and yet Trump still thinks you are doing a hell of a job. Giuliani went on to say that part of the reason Trump story keeps changing is because his memory’s just really bad. He then said that he himself, Giuliani was there at some of these things and even he can’t recall exactly what happened. So I guess at this point we’re just dealing with two demented, possibly Alzheimer’s suffering senior citizens who, gosh darn it, they just can’t remember what kind of crimes they were committing. Which day is a crazy day. A lot of crimes. Ah, I don’t even know. That’s the best defense that Rudy Giuliani can come up with to defend the president of the United States. You know, sometimes this administration just makes it a little too easy on the opposition, and Giuliani certainly isn’t doing the president any favors.