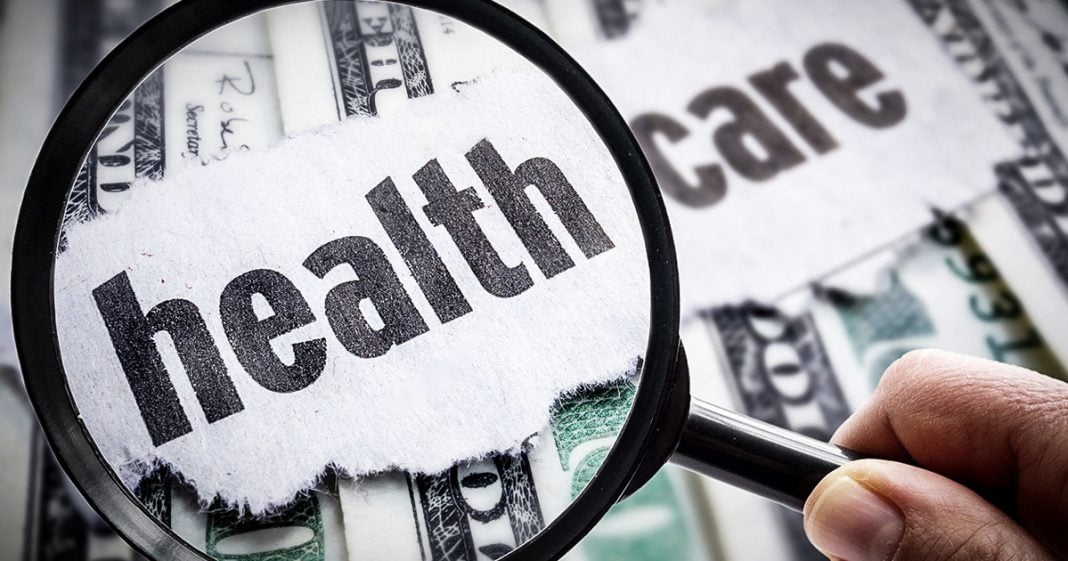 According to a startling new poll, roughly 30% of American citizens say that they are delaying medical treatment because they cannot afford the costs of healthcare. This is a disgrace, and it further proves why we have to have a better system in place that provides low-cost treatment to all American citizens. Ring of Fire’s Farron Cousins discusses this.

A recent Gallup poll found that 30 percent of people in the United States, American citizens, 30 percent have been putting off medical treatment because they cannot afford it. Thirty percent of people in this country, including those who have private health insurance, are still delaying medical treatment because even with insurance, they cannot afford it. I’m 19% say that they’ve delayed treatment of very serious potentially fatal illnesses or diseases because they can’t afford it. I mean almost 20 percent of the country willing to not willing but unfortunately having to make the choice to die or possibly die because they can’t afford medical treatment. And again, some of them even have private health insurance, but it’s not good enough. Now according to the poll, when you break it down, the majority of people who say that they’ve been delaying treatment are those who do not have any insurance. The second largest group saying they delayed insurance are those saying that they do have private health insurance, but it’s still too expensive.

The group with the least amount of people who say that they have delayed treatment because of cost, are those enrolled in Medicare and Medicaid? So what does that tell you? Private health insurance isn’t good enough to pay for serious medical treatment, but Medicaid and Medicare are those socialist boogeyman programs run by the federal government. Those are plugging along just fine, and people who have those programs seem incredibly happy with them. Medicare has an astonishing approval rating among those who are enrolled in it. Private health insurance, not so much, and certainly not those who have no insurance whatsoever. The solution is simple and this pole spells it out for us in very clear language. Medicare for all is the only way forward for this country. That’s it. There is nothing equivocal about this anymore. We know that a majority of Republicans, Democrats, independents, majority’s of every single party are in favor of this plan.

Medicare for all we know that people enrolled in Medicare have a much higher treatment rate than the general public. We know that those enrolled in Medicare having astonished in the high approval rating of the program, I believe it’s somewhere between 70 and 80 percent. That’s huge. There’s literally no drawback. We know it’s going to save us in the long run, $2,000,000,000,000. So we saved money on this. There’s no downside. Literally no downside whatsoever, other than the fact that some major political donors are going to lose profits. Big Pharma, health insurance companies, hospital corporations, they could lose some money in the short run and the long run, they’re actually going to end up making more money. Maybe not the health insurance companies, but pharmaceutical companies and hospital corporations. Hell yeah, they’re going to make more money because people are actually going to be able to pay their bills. People are going to actually be able to afford their prescription drugs. So more people will use those services, thereby creating more profits for those corporations. So there you go. Even corporations could be on board with this. They just can’t see more than five years down the road. And that short sightedness is literally the only thing keeping us from having medicare for all. Because the money coming from those industries has apparently been just enough to keep our politicians from giving us decent healthcare here in the United States.