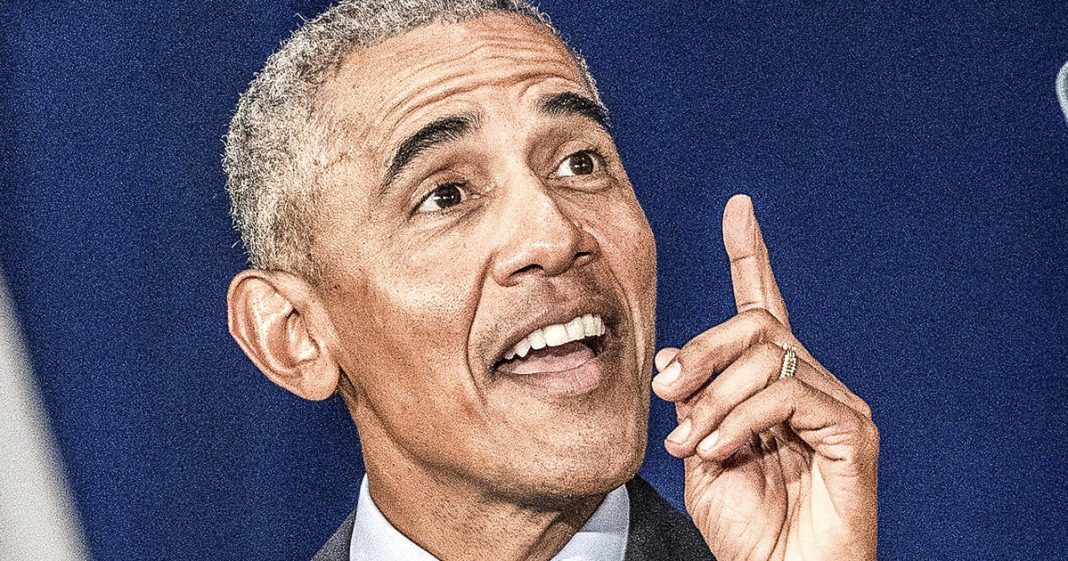 A federal judge in Texas last week ruled that the entire Affordable Care Act (Obamacare) is unconstitutional because Republicans zeroed out the tax penalty for not having health insurance. The judge based his ruling on the Supreme Court ruling that had said the ACA was Constitutional because it falls within the tax code, but with no tax penalties, the judge said the whole thing can now go. People are understandably concerned, but as Ring of Fire’s Farron Cousins explains, the sky is not falling and the judge used faulty reasoning that will almost definitely get overturned.

On Friday, a judge in Texas, a federal judge appointed by .George W Bush way back in the day, struck down the entire affordable care act saying that everything about this legislation is now unconstitutional, and I say now unconstitutional because that plays a big part in the ruling which I will get to and dissect and completely debunk in just a moment, but first and foremost, obviously people started freaking out when this happened. You know, we’ve got 20 million people in the United States who stand to lose their health insurance if this law is struck down and done away with. So those people have absolutely every right to be concerned. Every American has a right to be concerned right now, but I promise you it’s not as bad as you think the sky is. In fact, not falling after this one corporate as hack Republican judge made this horrible ruling. So let’s get into the ruling.

Technically, this ruling actually starts with a ruling from the US Supreme Court back in 2012 when they ruled that yes, the affordable care act is constitutional because Congress has the authority to find people through the tax code. It is part of Congress’s tax powers and therefore this legislation is constitutional. They have the authority to do that. Last year when the Republicans passed their tax cut package, they zeroed out the tax penalty for not having health insurance. And that phrase is important. They zeroed out and it’s that phrase alone that this judge in Texas now said, you know what, there’s no tax penalty anymore, so it’s not. Congress is tax power. So therefore the whole thing is unconstitutional. If I’m basing my ruling on what the Supreme Court said was constitutional about it, that piece is no longer there. So it’s unconstitutional. The problem is that this judge is going to face and every other quarter along the way, it’s probably going to strike down his ruling because he’s a moron.

Uh, the tax is still there. It’s still a part of the tax code. It’s just that it’s zeroed out. So the tax penalty that you pay for not having health insurance is $0, but you still have to tell them you don’t have insurance. And then they assess a $0 penalty on you. What this judge failed to do in the ruling, and this is why it will be struck down by every other court because his reasoning was unsound. He didn’t count zero as a number and yes it is. If it is still in the tax code, which it is because they didn’t repeal that part of the law and destroy it, they just reduced the penalty to zero. The penalty still exists, therefore it is still a part of the tax powers of Congress and therefore by the Supreme Court’s own ruling still constitutional judges later on the appellate line going to have to determine whether or not they consider zero to be a number and it is in terms of a fine because think about it this way.

You know if you committed a crime and then the prosecutor say yes, he committed the crime. Paul Manafort is a great example, but we’re going to recommend no jail time so he doesn’t have to go to jail. This is over for you. Okay. We still did the crime. Still on your record, it still shows up. You just pay a zero penalty. That’s the exact same situation we’re looking at here with what this judge ruled. The penalty still exists and at any given point, Congress could raise the penalty again cause they still have that power. They wouldn’t have to draft a new amendment to the law. They wouldn’t have to change the existing Affordable Care Act, Obamacare in any way. All they have to do is raise the tax penalty once again, and that is why what this judge did was unconstitutional, but being a good little corporate stooge judge, as George W dot Bush put it throughout this country, he decided to strike it down because he didn’t know any better.

Now, I hope that has east some people’s fears and it would alleviate those fears. One hundred percent had we not let Republicans pack the courts in this country for decades, any decent non partial jurist sitting on a federal bench in this country would rule that zero is a number. The tax penalty does still exist even if it’s zeroed out and therefore the affordable care act has constitutional. Unfortunately, we don’t have a lot of those left. I am. Donald Trump has appointed almost what, 100 total judges to benches across this country in the last two years, so yeah, it could be in trouble based on those numbers. He’s got two idiots that he’s put on the Supreme Court. That could be a problem, but if it happens that way, it’s not because they looked at it and said, yes, this is unconstitutional. It’s because these judges are proving that they are nothing more than corporate partisan hacks who just happened to be appointed to cushy lifetime positions. There is nothing sound about the way this judge ruled last week. His argument does not stand. His logic is 100 percent flawed and hopefully the judges who look at this along the appellate line and eventually the Supreme Court agree that zero is a number and because of the tax law, or excuse me, the affordable care act, law itself did not change. Nothing changed about Congress’s taxation power. They just reduced the fine to zero.