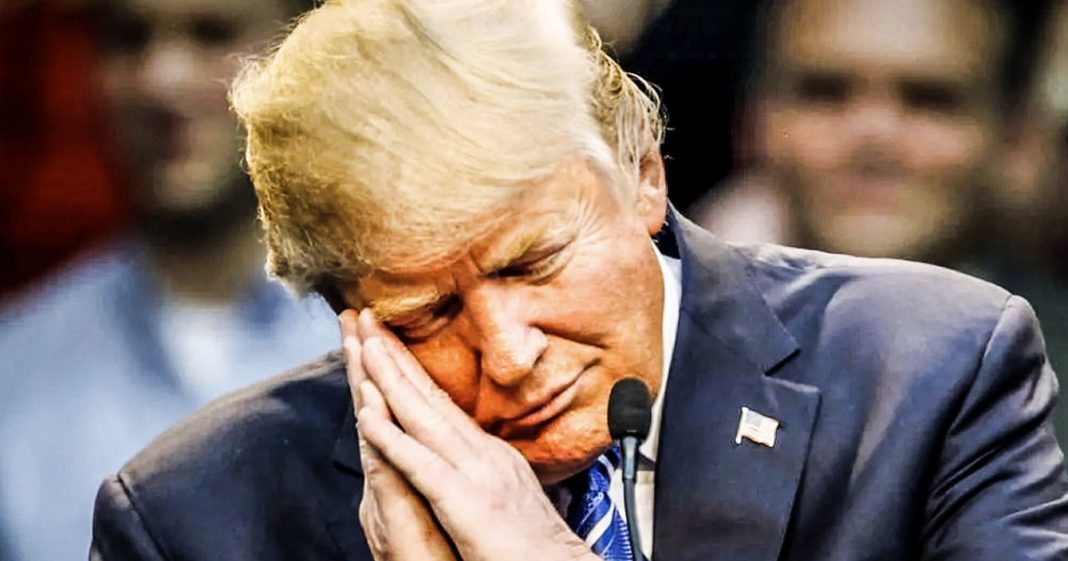 A former staffer from The Apprentice named Noel Casler unleashed a bombshell about the President’s personal life this past weekend during a show he was performing. Casler claims that Trump is a “speed freak” who likes to crush up Adderall and snort it, which helps explain his erratic and manic behavior. The evidence certainly suggests that something is up with the President, and Ring of Fire’s Farron Cousins examines these new allegations.

So a very weird story developed over the weekend involving no Kassler, who is currently a standup comedian, but he was a former staffer for the apprentice for six season and he also worked with Donald Trump in the nineties on some of Donald Trump’s beauty pageants during a recent performance. No Kassler said the following, uh, I worked on a bunch of those beauty pageants he had in the nineties to, uh, he would line up the girls on the side of the stage and he would inspect them. Literally. He would line them up like they were pieces of meat. He’d be like, you, you and you if you want to. When I’m in the penthouse suite, come and see me. That’s a pretty strong accusation for Noah Kasler to make. And he insists that this was not part of his comedy routine. This was part of what he witnessed while working for Donald Trump. But he then went on to say something, something else here

Trump is a speed freak. He crushes up his adderall and he sniffs it because he can’t read. So he gets really nervous when he has to read the cue cards. Now, when he says the president can’t read, he doesn’t obviously mean that the president can’t physically read, it’s just he gets nervous reading cue cards or reading from teleprompters. We have all seen that. Um, he also said, you know, this adderall thing helps explain his erratic behavior, his mania. And here’s the problem, is Kassler telling the truth, do we know, can we verify this? And the answer actually is yes, we can. Because magazine articles, exposés investigative pieces from the late eighties and nineties actually already talked about these issues. They corroborate specifically an article from spy magazine. Uh, they corroborate what Kassler is saying here.

So does that vindicate Kassler 100 percent and say that yes, he is telling the truth, it does not, but it does lend more credence to what he is actually telling us here. Now it’s perfectly possible to Kasler had read those articles and just decided to use those work, those into his comedy routine. But he insists that he is not making that up. This was not part of the joking portion of his routine. And these were actually things that he witnessed and learned about while he was working for Donald Trump. He said he also had to sign a 24 page nondisclosure agreement. But once Trump decided to run for president, he decided, screw it, I’m going to tell everything so that the world knows who you really are. Now in terms of the crushing of the adderall snorting it, that would fall in line with what we see from Donald Trump’s behavior.

Right. Any kind of speed or amphetamine in that man would help explain the way he is, the way he tweets, the way he talks, the way he interacts with people, the way he’s constantly bored and fidgeting it, seeming like he wants to get out of there because he’s got all this nervous energy. It does, you know, fit the description there. Now we can’t say for certain that that is what it is. There’s also a very good chance that there’s just some kind of underlying mental illness, mental instability with the president, or much more likely. It could be a combination of all of the above. I guess we won’t know. Maybe we’ll never truly know the truth about any of this, but considering the fact that Kassler claims have been corroborated by magazine investigations in the past, I think it’s probably a safe bet to believe that Kassler is the one telling the truth here.