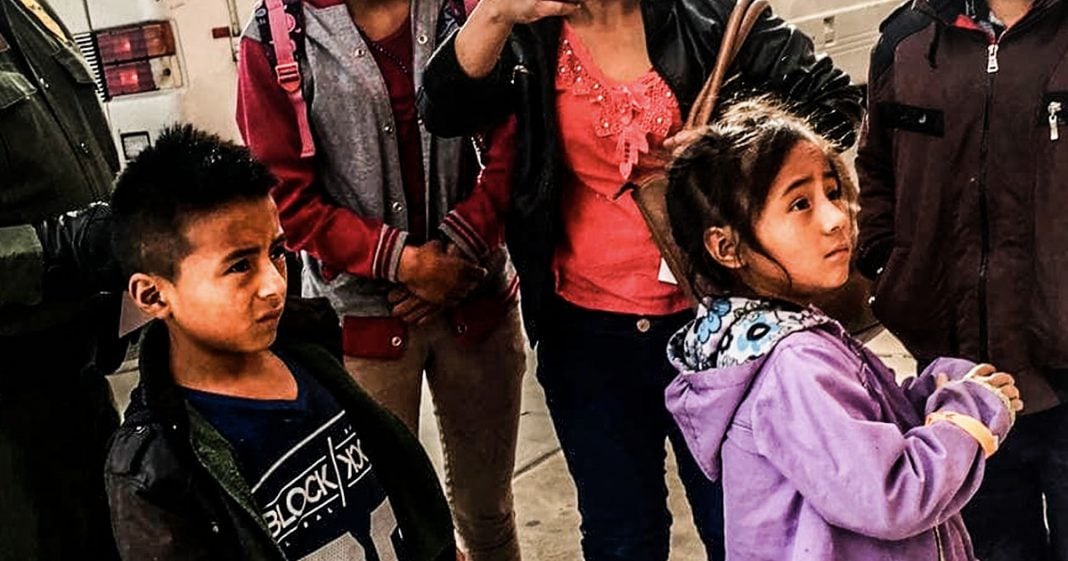 A 7-year-old girl has died while at a migrant detention facility due to lack of medical care. The young girl was severely dehydrated and suffering from exhaustion with a fever of 105, but the facility proceeded to hold her for 8 hours before any medical professionals looked at her. The administration issued a statement that did not include any kind of apology, but hopefully the incoming class of Democrats in the House will make investigating this matter a top priority in January. Ring of Fire’s Farron Cousins discusses this.

It was revealed this week that a seven year old little girl died while at a migrant detention facility after crossing the border in New Mexico with her father. The young girl against seven years old was held at the detention facility for hours, hours before any member of a medical staff or emergency responders. Saw her before they got to her before they attempted to treat her eight hours. The little girl died of dehydration, exhaustion, a septic shock,

eight hours. She sat there having seizures along the way and nobody at that detention center cared. Eventually they had her taken to the hospital. Her heart stopped. They were able to revive her, but she then died less than 24 hours later. Shock, exhaustion, dehydration. When they took her to the hospital, she had a fever of 105.7, and she’s dead. So second time that we’ve gotten reports of somebody dying after immediately leaving one of these detention facilities due to a lack of medical care. One of the things that happened as a result of this, this death actually happened about a week ago. We didn’t find out about it until a few days ago. Um, homeland security that runs these facilities issued a statement, and in that statement, they did not express their condolences to the family. They did not apologize. They actually began their statement with a warning saying, this is why we tell people not to cross the border. Bad things are gonna happen. And we did everything we could for this little girl. But just, I guess was her time.

That’s their message boiled down into a nutshell. No apologies, no one saying, Oh, you know what? We’re going to look into this. We’re going to find out what happened. This is unacceptable. There wasn’t even the word unacceptable in there. They just said, see, we told you guys don’t. Don’t come into the board or bad shit happens. I, I’ve seen some people mentioned it on twitter and a, it’s worth mentioning here as well. You can’t even say, this isn’t who we are anymore. This is who we are as a country. This is us. This is what we do. We don’t care if children die. We’re going to lock them in cages. We’re going to lock them in detention facilities. We’re going to deny them the basics of care even though we know they just tracked a few thousand miles through the elements and probably could at least use a bottle of water or two.

Now we don’t care. We just want to get them out of this country as fast as possible. We don’t care if it’s on a a patty wagon or in a coffin. That’s where we’re at. That’s who we are as a country. This is our identity. Shouldn’t be, shouldn’t have to be this way, but unfortunately it is because are too many people in the country who look at this and have the same kind of response. That’s the Department of Homeland Security had which is told you not to come here, told Ya. We warned you it was going to be bad. This is disgusting. Anyone who looks at this and their immediate reaction is, oh man, you should not have come here. Then you miss the point and you’re also a very bad human being and there is no other way to say that and there’s no need to sugarcoat it.

These are human beings, the same as you and me and everyone else on this planet. They were fleeing violence, violence that the US actually created in central and South America because of our war on drugs that allowed the drug cartels to take over large portions of areas of Guatemala and Honduras and everywhere else in that region. We did that. We made these conditions. We’re the ones who are helping to worsen the, the, uh, speed of climate change, make it happen faster, which these people are also suffering from. So they have to get the hell out of there. And then we just lock them up and wait for them to die. That’s what we’re doing as a country because apparently this is exactly who we are as a country.