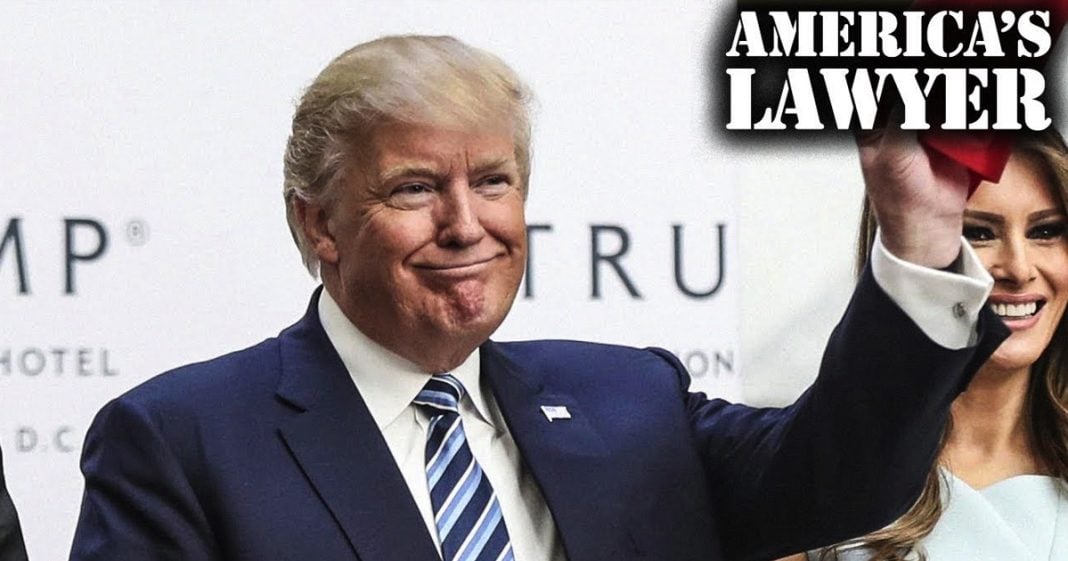 Via America’s Lawyer: One of the most important cases against President Trump has flown largely under the radar. Farron Cousins explains what that case is.

And finally, tonight, some good news. While President Trump is obviously the subject of numerous investigations and lawsuits at the moment, one of the most important cases against the president has flown largely under the radar and that would be the lawsuit against the president for violating the emoluments clause of the US Constitution. Now, according to the emoluments clause, the President of the United States is not allowed to accept any gifts or money from foreign officials in any form. Since Trump has not divested from his companies and still receive the profits, any foreign official staying on one of his properties is essentially paying the president an emolument. Thanks to a slew of recent rulings by district judges, the suits against the president for violating the emoluments clause can proceed. And in the weeks since this announcement, hundreds of subpoenas have been issued to Trump properties demanding information about the president’s finances and his business profits.

If the president is found to have violated the emoluments clause that he stands very little chance of facing any actual punishment. But what could happen instead is that he would be forced to fully divest from his properties, stop receiving any and all profits from the Trump organization, and he could no longer profit off being the President of the United States, which is exactly what needs to happen. The president has clearly been using his office for personal gain, but if these suits are successful, he may finally have to choose between the money that he loves so much and the country that he claims to love so much.