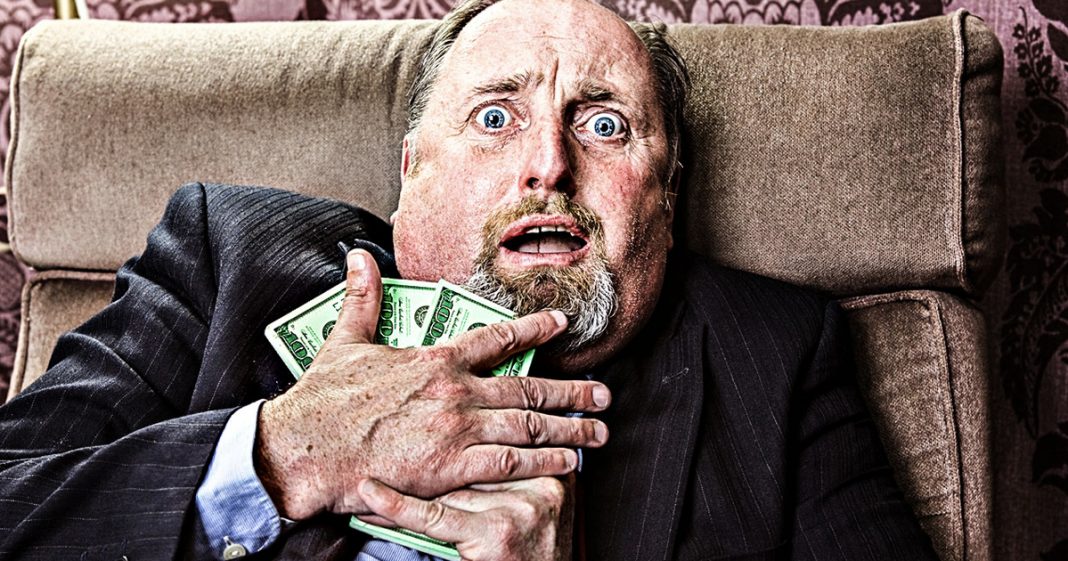 According to a new report by Think Progress, the pay for elected officials at the federal, state, and local level is so low in some areas of the country that only the already-wealthy can afford to actually hold these positions. The result is that we have governments at every level that are run by the elite, for the benefit of the elite, and the rest of us are left without proper representation. Ring of Fire’s Farron Cousins discusses the new report and what it says about our country.

Recently, newly elected representative Alexandria, Ocasio-Cortez, made headlines all over conservative media because she didn’t have the money set aside to be able to afford rent in Washington dc because she wasn’t going to get a paycheck till January when she gets sworn in. Now they jumped on this. They mocked her. They laughed at her. Oh, you’re so poor. Ha Ha, ha. Was it? Turns out Ocasio-Cortez’s circumstances are actually not that unique and across the country, according to a new report by ThinkProgress, if you’re not already in the top one percent of income earners in the United States, it is nearly impossible for you to get a living wage by being an elected representative. There are some states out here states who have what’s called part time legislatures, even though they’re not actually part time, that don’t even provide a salary, so if you’re an elected official and one of those states, you still have to have a regular job in order to be able to pay your bills.

Unless of course you’re a millionaire, then you don’t have to worry about anything. You don’t have to go have that second job. You could be a full time legislator and that’s the problem with politics here in the United States today. We are not paying our elected officials enough and that is a statement that honestly I never thought I would have to say, but after reading this report, and honestly I encourage everyone to read it, there is a link to it in the description of this video. It is worth your time because our government right now is not being run by people who understand the struggles of average American citizens. It is being run by millionaires and billionaires or people who are all. Most millionaires and billionaires. This is at the local level. It’s at the state level and as we’ve seen recently, this is at the federal level.

We are not paying these people enough because if we had living wages for these folks, we would be able to see more people run for office without having to worry about, well, I’d love to be a representative. I’m well liked and well known in my community. I do a lot of good, but unfortunately I can’t live on 20,000, $30,000 a year and still support my family, so instead the millionaire comes in, they run for that seat and they get it and they make that government all about them or their business or their buddies, whatever regulations they want killed, they’ll get them killed. Meanwhile, the well meaning yet not financially secure person who would have done a great job would have made things better for the average American citizens. They can’t afford to run for office right now. According to this article, costs about $5, million dollars at least to run for the US House of Representatives.

And that’s basically in the cheapest area of the, uh, excuse me, $2, million for House of Representatives, $5 million for the Senate. And again, it’s been a long time since we’ve seen any races where that’s the, you know, amount actually spent a lot of them, most of them, if not all, have been way higher than that. In recent elections. I’m even running for local office. State House can cost into the millions at this point and that’s just running the campaign. If you don’t have the money to support yourself or your family, once you take that job, you’re kind of screwed. We are leaving out the best of this country. You know, how many more, Ocasio-Cortez’s are, are out there that could have and would have run for office and would have won. Had we offered enough money for these people to be able to serve these positions and still have a way of life.

But instead we’re starving these positions of money. Again, some areas don’t even pay their elected officials. Do you think the average person out there making $15 an hour has enough money saved up to be able to work for four years without a salary at all? Absolutely not. The only people who could afford to do that or the millionaires, and that’s why governments across this country, whether it’s at the federal level or at the local level, continue to rule for millionaires because those are the people who were actually running the government and while they continue to run the government, it’s going to be very hard to make any changes to the pay structure that would allow these better candidates. The people who understand the struggles of working people, it’s going to deny them the opportunity to ever run for office.