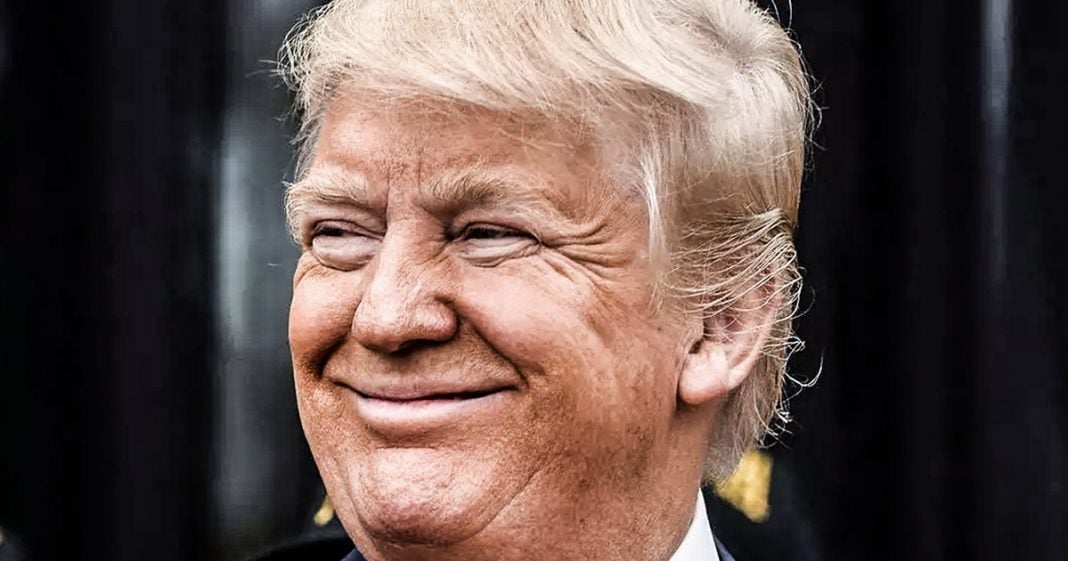 According to numbers from the Pentagon, the total amount of money that the President cost the United States to send both the military and the National Guard to the border to protect us from the “migrant caravan” before the midterms comes to $210 million. That money was spent to drum up fear about immigrants ahead of the midterms, but it didn’t stop Republicans from losing 40 seats in the House. Ring of Fire’s Farron Cousins discusses this.

Well, according to filings from the Pentagon this week, the numbers are in and Donald Trump’s little military at the border stunt to stop the caravan ahead of the midterms has cost American taxpayers $210,000,000 in the days following the 2018 midterm election. Donald Trump did not say a word about the alleged migrant caravan headed towards our border. In fact, I think it was close to two weeks after the midterms when he finally started talking about it again. It’s almost as if he forgot that it was a problem, and before the election, that was the most pressing problem ever that the United States has faced because according to the president and his administration, this was a caravan that was filled with criminals, was killed, filled with MS-13 gang members, possibly even members of Isis. They suggested we didn’t know it was just this caravan of criminals headed towards the border. Military had to go there and national guard had to go there. Everybody had to be ready to stop this caravan and then nothing, no word, no talking about it. Everybody realized it was 100 percent a political stunt and it’s a political stunt that actually likely save Ted Cruz his job in the Senate because it did what it was supposed to do.

Donald Trump did energize the Republican base. There were voters in Minnesota that were interviewed that said they were worried about the caravan making its way to Minnesota and buying up the lake front property so that minnesotans couldn’t buy it anymore. That is literally what one woman said, trust me. There is nobody coming from any part of the planet that says, you know what? Let’s walk a thousand miles and go to Minnesota. No offense, Minnesota, but there’s better places. If you’re going to walk 8,000 miles, 500 miles, you could probably pick a place a little bit warmer and nicer. Nonetheless. We know this was a political stunt by the president. It’s a political stunt that paid off for him with the Senate votes, but it didn’t stop him from losing 40 seats in the House of Representatives, but more importantly, it wasted our money. It wasted our time. It wasted our resources. It wasted our military and our national guard because at the end of the day, few hundred people showed up at the border, women children and we tear gas them and that’s what happened. That’s the end of that story so far.

We are abusing human rights and as I pointed out at the time, which is still true and people wanted to argue, but look up the Geneva protocols and you’ll see firing tear gas at people, especially from our border into another country is 100 percent a war crime by the way. That is by definition, that’s a war crime tear gas not allowing a warfare yet we used it to shoot from our border over into another country and that is a war crime. So $210,000,000, couple of war crimes committed by US soldiers and fearful Republicans taking back more seats in the US Senate. Was it worth it? The average American would say, absolutely hell no, but to Donald Trump, $210,000,000 to energize his base was well, well worth it.